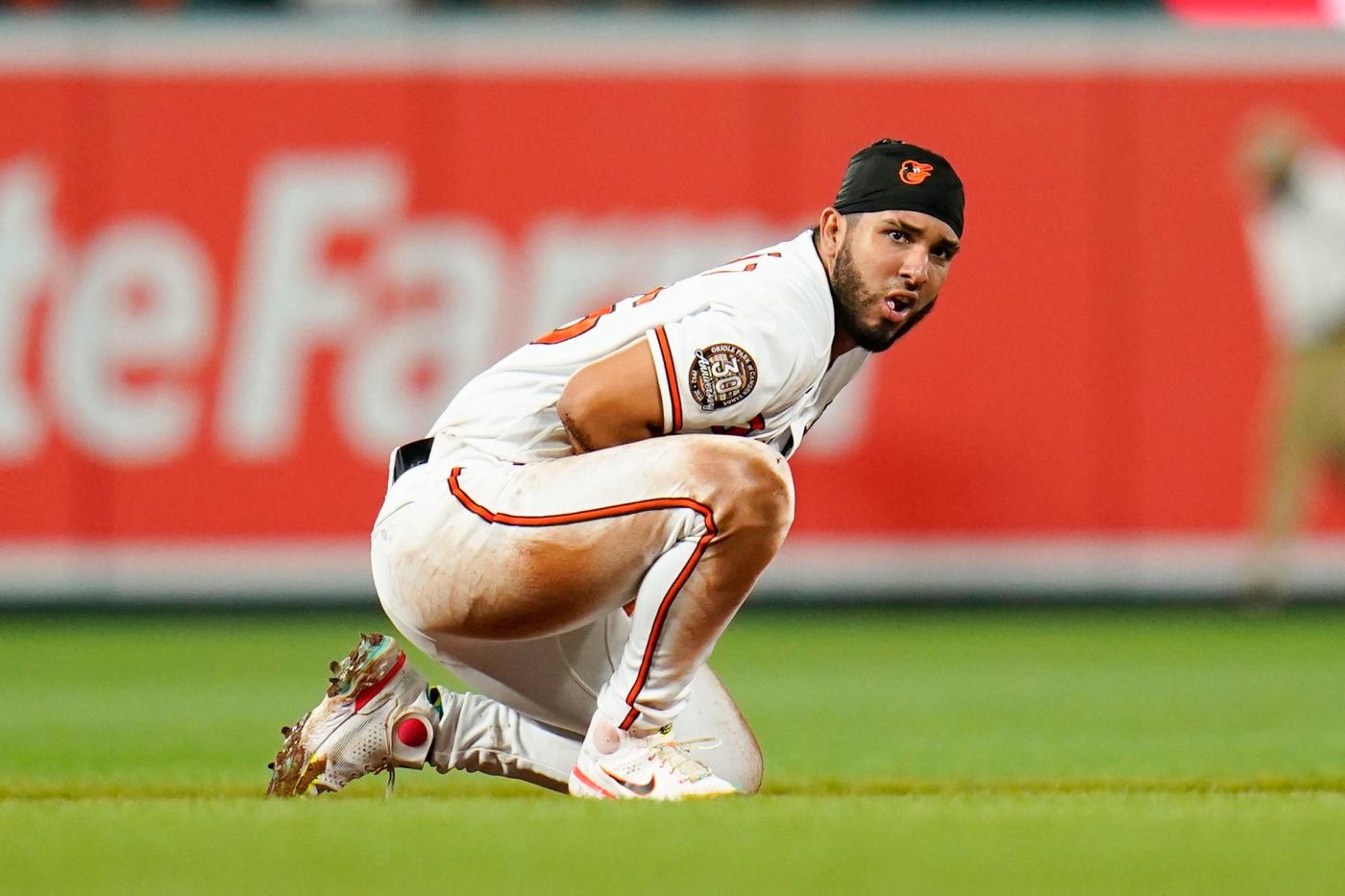 What has been a consistent campaign for right-hander Tyler Wells hit a speedbump Thursday with the Orioles placing him on the 15-day injured list with lower left side discomfort. Manager Brandon Hyde said the team had yet to receive Wells’ MRI results, so the timeline for his absence is unknown.

Wells left the mound with one out in the fifth inning Wednesday after throwing his 69th pitch, an 87-mph slider. He grimaced after that delivery and bent double, grabbing at his side before departing with head athletic trainer Brian Ebel. Following the game, Wells said there was a “pretty good chance” he would need to head to the injured list.

“I was out there, and it happened, and I was like, ‘Oh, that doesn’t feel great,’” Wells said after the 6-4 10-inning loss. “And then I didn’t want to continue to try and test it because you see it so many times with other people, one extra one and it just re-irritates it, and I wanted to make sure that I stayed on top of it and didn’t really get to a point of where I made it any worse.”

Wells has been the steadiest presence in a rotation without left-hander John Means (Tommy John surgery) or right-hander Kyle Bradish (right shoulder inflammation). He transitioned from the closer role last season to become a starter this year, and while manager Brandon Hyde has closely monitored his innings, the results of that switch have been impressive.

The 27-year-old has thrown 94 2/3 innings — the second most on the team — with a 3.90 ERA and a 1.11 WHIP. Before his injury, Wells allowed four runs Wednesday. Between his two most recent starts, he’s given up a combined nine runs with four homers.

But before those two appearances, Wells had compiled 17 straight starts with three runs or fewer allowed. Those performances prompted Hyde to loosen the reins on Wells slightly, with his pitch counts rising to as high as 95 after not eclipsing 79 pitches through his first nine starts.

Wells’ turn in the rotation is due up Monday against the Texas Rangers, leaving Baltimore with a decision over how it will fill his absence. Hyde said the club “is shuffling a bunch of things around right now” and did not announce the probable starters against the Cincinnati Reds or Rangers.

Bradish, who has thrown three rehab starts since his mid-June injury, is a candidate to return this weekend or Monday, Hyde said. His most recent start came Sunday for Triple-A Norfolk, going 4 2/3 innings while allowing two runs on four hits.

Right-hander Matt Harvey is scheduled to pitch Thursday for Triple-A Norfolk, so a Monday appearance would be on short rest. Another option could be a bullpen day, although the bullpen has been taxed lately behind several short starts.

Shortstop Jonathan Araúz expects to avoid surgery on his fractured right middle finger but will be out for about four weeks while he waits for the ligament to reconnect to the bone, he said through team interpreter Brandon Quinones.

Araúz received a start for the first time in two weeks Monday, and he blasted a hit off the right field wall. As he hustled into second, he jammed his finger on the base, and on top of being out on the field, he’ll be out for a considerable portion of time as he rests the finger.

“It’s very difficult and it’s unfortunate,” Araúz said. “It’s part of the game, so things like that happen. It could happen to anyone at any time. But unfortunately, I had gone almost two weeks without playing and the game I did get in, it happened. I didn’t know it was that bad until after the game when the doctors told me what happened, but just have to stay positive going forward.”