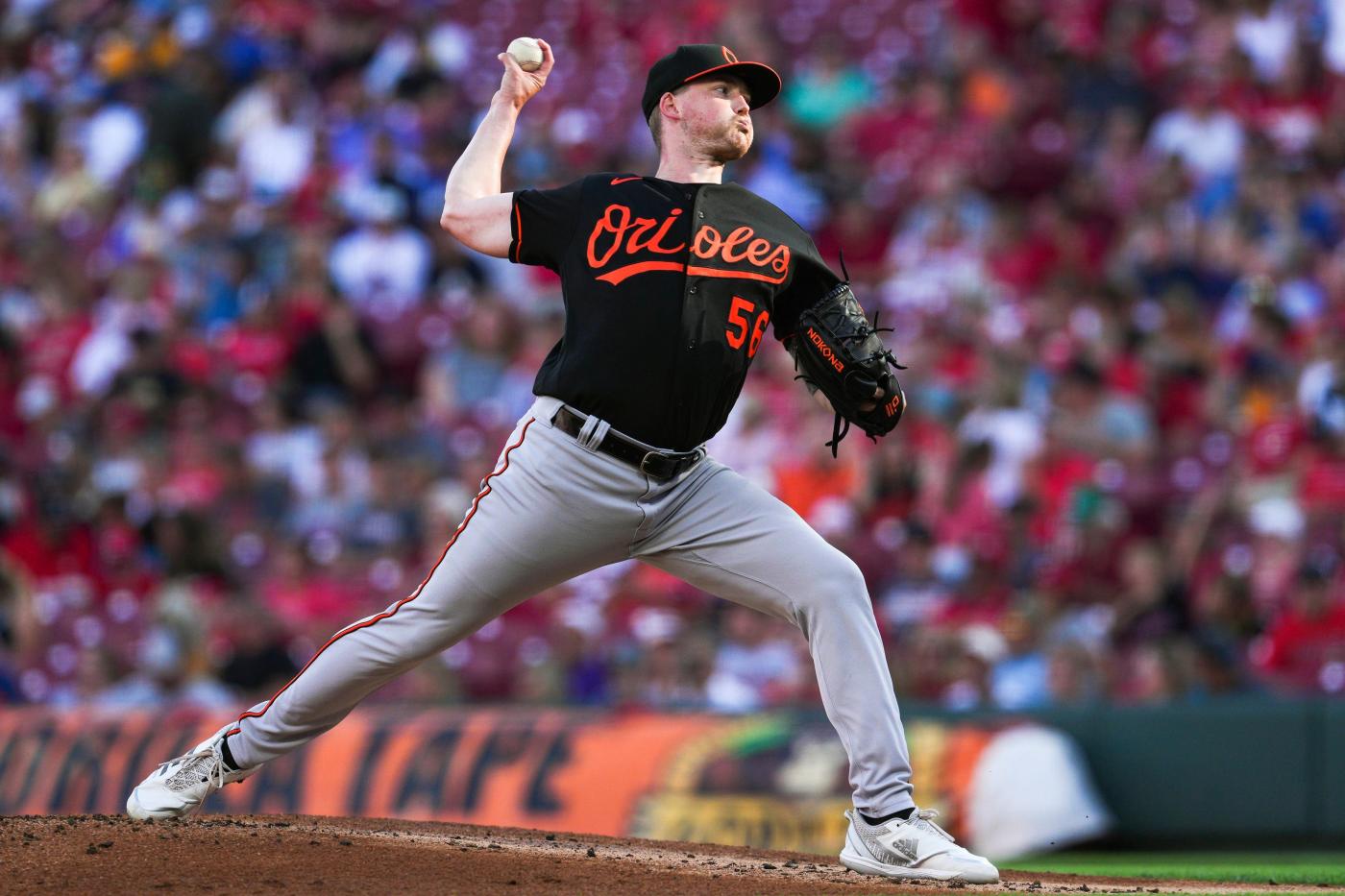 For just a moment, as the benches emptied and the bullpens began the long race to the infield, there seemed to be a more literal definition to the word “fight” when it comes to the Orioles.

Anthony Santander took a pitch from Cincinnati Reds right-hander Dauri Moreta off the upper thigh, then dropped his bat and took several steps toward the mound. Then came both teams, rushing to the defense of their teammates, before cooler heads prevailed.

But the looser definition of “fight” has been with Baltimore all season. Given the situation — and given the way the Orioles have played this season — a tie game heading into the ninth inning was nothing but an invitation to complete yet another comeback.

And by the end of it, Baltimore had posted four runs to break the game open for a 6-2 win. The Orioles (51-49) secured their 23rd comeback victory of the campaign, pushing them to an above-.500 record at the 100-game mark of a season for the first time since 2016.

With a Rougned Odor double into the right field corner pushing the second baseman and pinch runner Ryan McKenna into scoring position, Cedric Mullins broke the tie game one pitch later. He golfed a changeup below the zone into center field to score both runners, then Baltimore added on with an RBI single from Trey Mancini and a sacrifice fly from Ryan Mountcastle.

Before that single from Mullins, the Orioles had been 0-for-9 with runners in scoring position. They left it late, but got it done once more.

There had been traffic on left-hander Mike Minor throughout, with the Orioles putting four base runners on between the second and fourth innings but coming up empty in each. Then came the sixth, with one of Mancini’s three walks putting him on base for Santander. The 27-year-old, who’s subject to trade deadline speculation, clobbered a changeup left high in the zone for a two-run homer — his third hit of the night — to plate another player strongly linked with a deadline move.

That blast left starting pitcher Kyle Bradish with a clean slate. The five innings from Bradish were about the best he’s produced since his 11-strikeout performance against the St. Louis Cardinals in early May. In his first appearance since returning from the injured list Friday after dealing with right shoulder inflammation, Bradish showed the command manager Brandon Hyde said would be vital.

He threw 52 of his 81 pitches for strikes, didn’t walk a batter and forced 12 swings-and-misses. Seven of those whiffs came on his slider and curveball, including a particularly nasty backfoot slider that fell out of the reach of Mike Moustakas for his final punchout of the day.

Bradish struck out seven batters and allowed two runs on five hits — and those two runs came in bizarre circumstances.

Beyond those blemishes, Bradish limited base runners and worked around them when he did. A double play started by third baseman Ramón Urías on a sharp grounder helped Bradish escape the fifth on just eight pitches. But with the score line level, Hyde opted to turn the game over to a bullpen that has been steadfast for much of the season, entering Friday with a 3.01 ERA — the third-lowest ERA in the majors.

Across 12 2/3 innings in four games this week entering Friday, that bullpen had allowed one earned run. And it continued with four scoreless innings Friday, including a strikeout from left-hander Cionel Pérez against his former club to strand two inherited runners in the sixth and a runner caught stealing at second by rookie catcher Adley Rutschman to end the seventh.

>> Right-hander Dean Kremer is scheduled to pitch for Baltimore on Saturday, with right-hander Austin Voth starting Sunday. The addition of Bradish pushed the scheduled rotation back a day and helps cover for the absence of right-hander Tyler Wells, who went on the 15-day injured list with lower left side discomfort. Hyde said he was still unsure who would start Monday’s game. Right-hander Spenser Watkins would be on full rest, though, and is a likely candidate to face the Texas Rangers.

>> Shortstop Carter Young, who the Orioles drafted in the 17th round, has opted to attend LSU as a transfer from Vanderbilt rather than sign with Baltimore. The Orioles likely would have needed to pay an over-slot value to convince Young to join.

>> Infielder Terrin Vavra made his major league debut as a pinch hitter in the ninth inning.