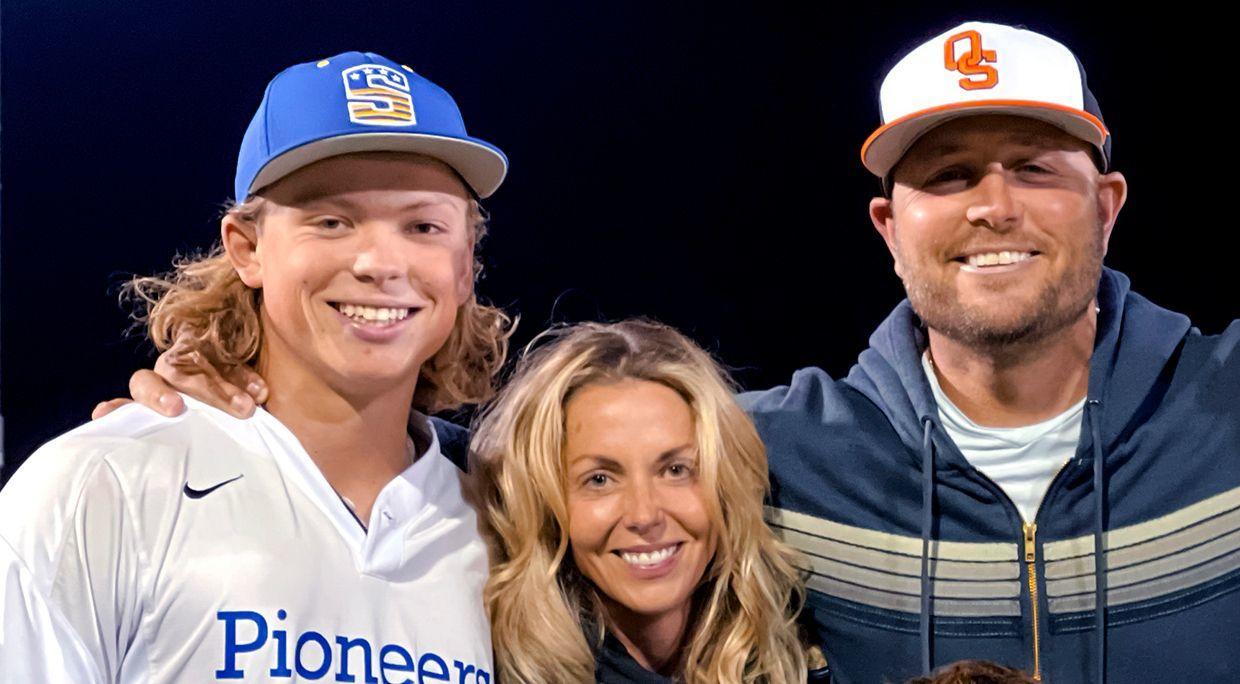 When the Orioles last had the MLB draft’s first pick, they selected a player viewed as the top prospect available and one who became a guiding force in their rebuild in catcher Adley Rutschman.

In taking Oklahoma high school shortstop Jackson Holliday in that spot three years later Sunday night, Baltimore passed on this year’s perceived top player. The organization believes it got a player who can be just as much of a difference-maker as Rutschman, regardless.

“It’s an absolute honor to be the No. 1 pick and join such great players in that position,” Holliday said on MLB Network. “I’m really, really excited.”

Holliday, the son of seven-time All-Star Matt Holliday, was considered one of the draft’s top prospects, ranked second by MLB Pipeline and third by Baseball America. But in drafting him, the Orioles avoided players ranked ahead of him, including Georgia high school outfielder Druw Jones, who both publications had as the class’s best player. Jones went second overall to the Arizona Diamondbacks.

“I’m just really happy for Jackson,” Matt Holliday said on MLB Network. “This has been his dream for as long as he’s been old enough to have this goal.”

Holliday becomes the first high school position player chosen with Baltimore’s first pick since Manny Machado in 2010. A left-handed hitter, he showed improved strength and speed in his senior season at Stillwater High School. Traceable to his father’s influence, Holliday has a tremendous approach at the plate and strong instincts as he set a national record for hits in a season, with hopes that he inherited power from his dad, as well.

Holliday was the Orioles’ choice in a class littered with sons of former major leaguers, with the children of Andruw Jones, Carl Crawford and Lou Collier also expected to go in the first round. The Orioles chose Holliday from a group of five players believed to also include Jones, Florida high school outfielder Elijah Green, Georgia high school second baseman Termarr Johnson and Cal Poly shortstop Brooks Lee.

With such a large group in consideration, executive vice president and general manager Mike Elias acknowledged a week before the draft it was doubtful that all of the Orioles’ decision-makers would agree on one player.

“We’ll have somebody that everyone’s happy with,” Elias said. “I think there’s enough consensus around how good these players are that I can’t imagine there will be too many frowns about it.”

The first overall pick has a slot value of just above $8.84 million, and it’s not clear whether taking Holliday will require the Orioles to approach that figure rather than deploying the underslot strategy they’ve used in their previous two drafts. Holliday is committed to Oklahoma State, where his uncle, Josh, leads the program, his father is an assistant, and his grandfather and great-uncle previously coached.

After taking college outfielders Heston Kjerstad second overall in 2020 and Colton Cowser fifth overall in 2021, the Orioles signed both to deals significantly beneath the slot values for their draft positions, enabling Baltimore to spread those savings to other prospects later in the draft. Even in receiving a then-record $8.1 million bonus, Rutschman signed under his slot value, with those savings largely devoted to second-round pick Gunnar Henderson, who has since become the Orioles’ No. 2 prospect and represented their highest-drafted high schooler before Holliday.

This year, the Orioles’ total bonus pool is nearly $17 million, trailing only the 2015 Houston Astros. Elias was Houston’s amateur scouting director then, and this marks only the third time among the nine top-five picks he’s been involved with that his team has selected a high school position player.

“We take the player that we want to take and that we want to start our draft with and that we feel is going to kick off the maximization of the draft class,” Elias said last week. “Detail beyond that is something that I don’t feel like is in the interest of the organization for me to reveal, especially this week. But rest assured that we are going into any high pick that we have with the goal of maximizing the output of that pick itself.”

Elias has had varying success with his previous three first-round picks in Baltimore. Rutschman became the top-ranked prospect in baseball, viewed as the face of the Orioles’ rebuild and a player capable of turning their tide. Baltimore has been a much more successful team since his late May promotion, completing the first half Sunday as a surprise playoff contender.

Kjerstad did not make his professional debut until two years after his selection after being diagnosed with the heart condition myocarditis following the draft and suffering a left hamstring strain this spring. He was promoted to High-A Aberdeen last week after dominating younger pitchers with Low-A Delmarva.

After selecting him, Elias said Cowser had the potential to be a fast riser, and he’s proven to be that despite some struggles along the way. Despite more swings and misses from his time at Sam Houston, Cowser has already reached Double-A, positioning him to join the Orioles at some point in 2023.

Holliday becomes the latest addition to a collection of middle infielders Elias has stockpiled since taking charge of the front office, joining Henderson, Jordan Westburg, Terrin Vavra, Connor Norby, César Prieto and more. To build the “elite talent pipeline” Elias promised when he was first introduced, the Orioles’ system must continually be restocked, and Holliday’s selection marks the first of this year’s additions.

The Orioles have three more picks in Sunday’s opening night of the draft. On either side of the 42nd overall selection to open the second round, they have a competitive balance pick — first their own at No. 33, then one they acquired from the Miami Marlins, No. 67, as part of the return for relievers Cole Sulser and Tanner Scott.

Baltimore has the first pick in each subsequent round, with Rounds 3-10 on Monday before the draft closes with 10 rounds Tuesday.