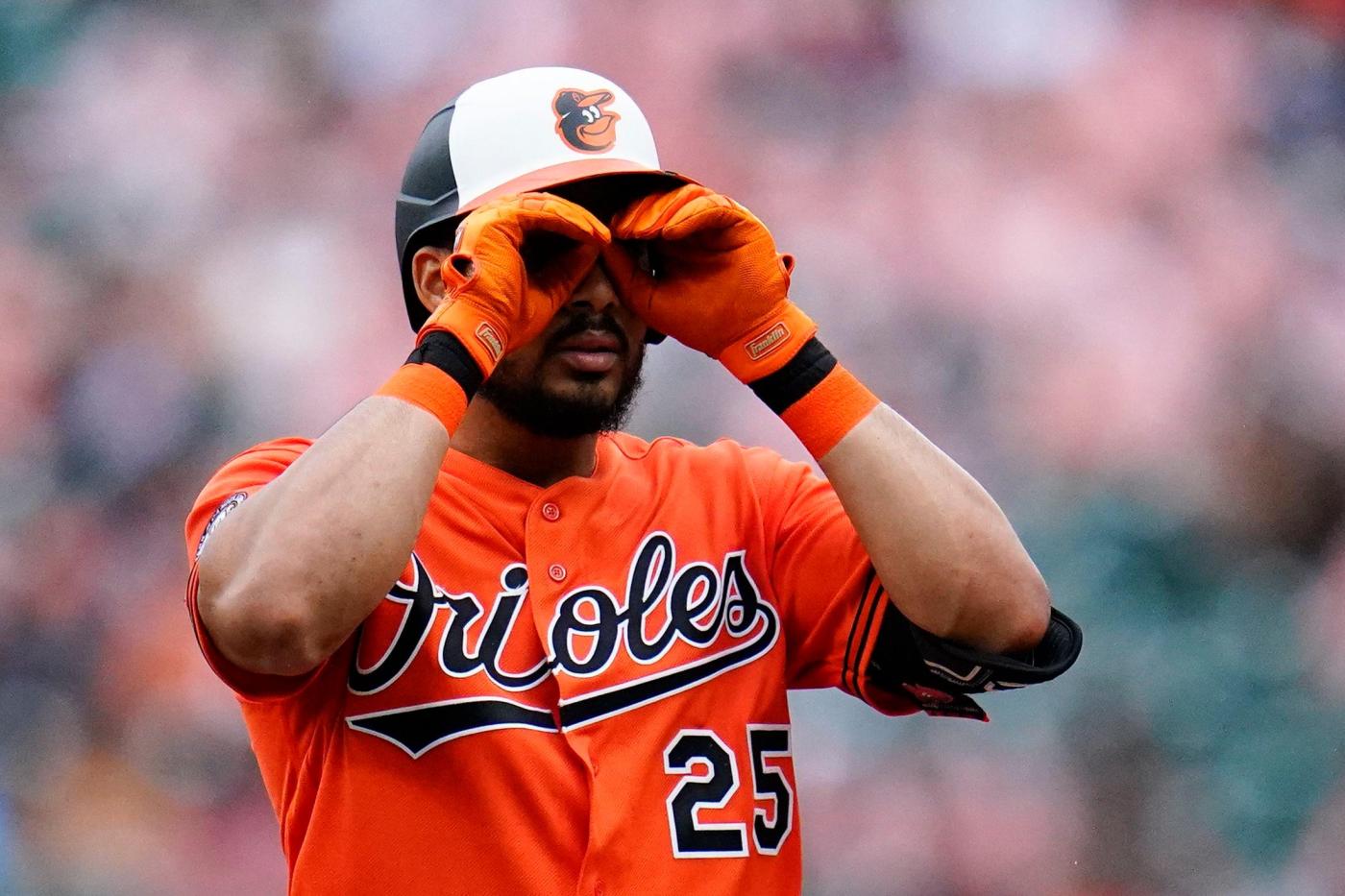 At a certain point, the tests aren’t necessary. The Orioles’ bullpen has proven time and again what it’s capable of achieving.

But with Félix Bautista on the mound and the heart of the Los Angeles Angels’ order due up in the eighth inning Saturday afternoon, the test captivated the attention of another strong crowd at Camden Yards. There were Mike Trout and Shohei Ohtani, two superstars coming to the plate in a one-run game. And then there was Bautista sending Trout right back to the dugout after he whizzed a 100-mph fastball that froze the annual All-Star before forcing Ohtani into a weak groundout.

Bautista finished the frame with a second strikeout, this time catching Taylor Ward looking at another triple-digit heater. The right-hander left the field to a standing ovation, an additional test passed with flying colors.

That’s how it’s been for the Orioles this season, with few smudges on a ledger filled with dominant relief showings. They did it again with four scoreless innings from the bullpen to back up right-hander Dean Kremer’s five scoreless frames, holding down a 1-0 win for an offense that was limited to an RBI single from Anthony Santander in the fourth.

“Dean Kremer’s different than he was last year,” manager Brandon Hyde said. “Our bullpen guys are just doing an incredible job. To win a 1-0 game after our starter just goes five, to be able to go four scoreless after that, to have to face that top of the order twice out of the ’pen, it’s not easy to do. And it shouldn’t be overlooked. That’s really good pitching.”

Behind that stalwart pitching display, Baltimore won its seventh straight game — its longest winning streak since August 2017. There’s life in the Orioles (42-44), both in the clubhouse and the stands, lifting them to within two games of .500 and ever closer to an improbable American League wild-card spot.

“It’s something special,” Kremer said. “The only time I’ve ever had this is in the minor leagues, and this is way better.”

After Bautista’s two strikeouts in 1 1/3 innings, closer Jorge López entered and worked through Los Angeles’ order in the top of the ninth with two strikeouts. He finished off a display that started with Kremer and continued with left-hander Bruce Zimmermann, right-hander Joey Krehbiel and Bautista.

Since Kremer has returned to the rotation from an oblique strain suffered while warming up in the bullpen on Opening Day, the right-hander has been mostly dominant. Barring the five runs he allowed in the fifth inning Monday, Kremer has not allowed a run in four of his last five outings, including Saturday’s display.

There was traffic against him, with four base runners in the first three innings — including a runner on third in the second. But Kremer danced around that danger and racked up seven strikeouts, matching his career high. He did much of his damage with a high fastball, spotting it above the zone and inducing swings and misses despite the rain that caused one to go up-and-in on Michael Stefanic.

“I think that’s been something I’ve gone through throughout my whole career,” Kremer said. “With swing paths and whatnot, what we know about that stuff, it plays.”

His cutter and four-seam fastball combined to draw 11 whiffs, and if not for the elevated pitch count because of long at-bats and all those strikeouts, Kremer might’ve gone deeper. He gave up just two hits and three walks in his five scoreless frames, lowering his ERA to 2.15.

With Kremer dealing and the relievers there to pick up where he left off, the Orioles only needed that one run. Nothing else looked close to troubling a bullpen throwing fire.

“They were the players of the game in my mind,” third baseman Tyler Nevin said. “Any time you get a shutout — especially in a one-run game — it’s huge. It’s very impressive. They’ve been doing it all series, all season.”

There were two goals to Zimmermann’s demotion to Triple-A Norfolk after a rough string of starts for the Orioles. First, he wanted to get his mind right. Then he needed to sort out his mechanics, find his changeup again and work on his other secondary pitches.

The first inning of his first appearance with the Tides didn’t go as planned.

Zimmermann entered in the second inning out of the bullpen, but after such a rapid first frame, he didn’t feel entirely warm or ready. He promptly allowed five runs, with three straight doubles starting a much-needed reset off on the wrong foot.

But Zimmermann is back in Baltimore because the remainder of the outing — as well his next two starts — displayed the sort of improvement he hoped to find.

“Just really felt a lot more in-sync with my mechanics,” he said. “There was a lot less stress through the delivery. I was able to get my pitches back to how they were moving in the beginning of the season, especially the changeup and the slider. And then I was able to get a lot more reps with the two-seam I was working in before I got sent down.”

Attacking hitters with his whole arsenal, Zimmermann felt his confidence creep up. The results followed, with four runs allowed over his next 13 innings. With the way the Orioles rotation has pitched, there wasn’t an immediate avenue for Zimmermann to return as a starter.

He instead will serve as a long reliever, Hyde said, aiding a bullpen that has faced several tight games — including three walk-off wins this week. His first action came Saturday in the sixth inning, and he displayed his slider five times to Ohtani, using it to force a weak groundout. While he gave up consecutive singles on first-pitch sinkers, Zimmermann got through the inning cleanly with a double play.

As Zimmermann watched the Orioles surge from afar recently, there was a bit of “FOMO” from Zimmermann, he admitted. But now that he’s back, he hopes he won’t miss out on any of the fun again.

Nevin doesn’t know how lineup card exchanges usually go down, so when he walked toward home plate and met his father, Phil, the Angels’ manager, Nevin opted for something light.

Nevin’s mother, fiancée, brother and grandmother were in the stands watching. Then father and son posed for a photo, and after the game the Orioles’ infielder tucked a copy of the lineup card into his locker in the clubhouse as a memento.

“It was a crazy moment for our family just to see how far we’ve both come,” Nevin said. “Just never going to forget it.”