Orioles surge above .500 with 10th straight victory, 7-1 over Cubs – The Mercury News 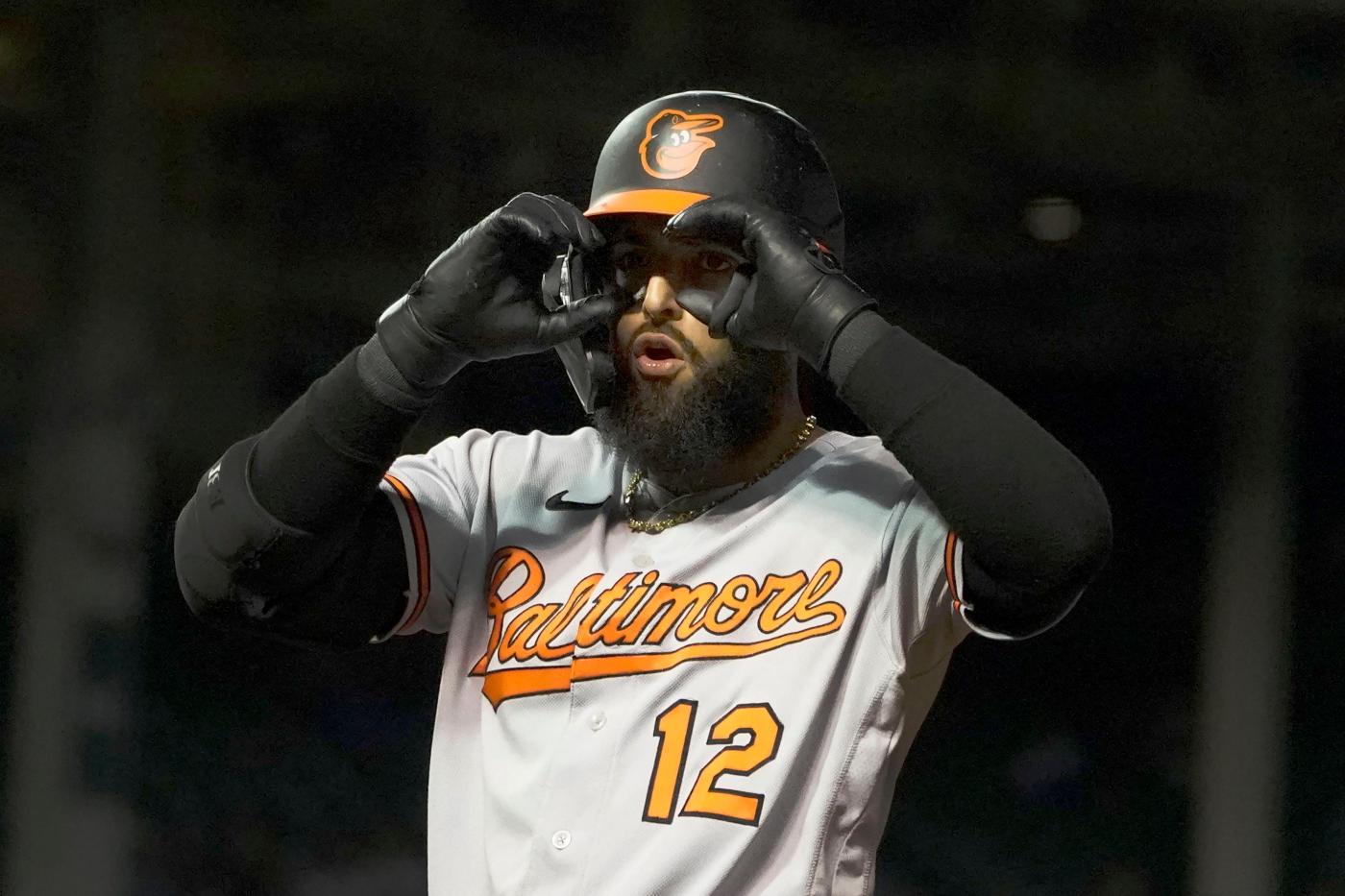 Before all this winning suddenly became commonplace, the Orioles hadn’t shown an ability to string victories together. They hadn’t completed a sweep of an opponent through June, until that three-game series against the Texas Rangers last week served as a launching pad to so much more.

Now Baltimore has swept three straight series for the first time since 2005, with the Los Angeles Angels falling in four games before the Chicago Cubs were dispatched at Wrigley Field. The latest win, the Orioles’ 10th in a row, came 7-1 over the Cubs on Wednesday night to end a two-game set against their National League opposition.

With their longest winning streak since the 1999 club won 13 straight, the Orioles (45-44) also jumped above .500 this late in the season for the first time since Sept. 8, 2017. With a doubleheader sweep of the Washington Nationals, the Seattle Mariners are tied with the Orioles for the longest winning streak in baseball at 10 games, with each team vaulting into improbable American League wild-card contention.

“I think the word I’d use to describe it is incredible,” said left-hander Cionel Pérez through team interpreter Brandon Quinones. “It’s been a great, incredible year for us so far, and we’re having so much fun and enjoying every step of this ride.”

Since moving to Baltimore in 1954, the Orioles’ longest winning streak during the regular season is 14 games, a feat accomplished twice and most recently in 1973. That also tied the original franchise record set in 1916 when the team was known as the St. Louis Browns.

On July 2, the Orioles were nine games under .500 when they lost to the Minnesota Twins on a walk-off for the second consecutive game. Since then, Baltimore has taken flight.

“Every day we show up to the field, we feel like we’re gonna win the game and should win the game,” outfielder Austin Hays said before the game. “That’s a feeling we haven’t had here in the last few years. And that alone breeds confidence with every guy in the locker room, knowing when you show up you have a chance to win every game.”

The winning has also brought Orioles fans to the park in droves, be it at Camden Yards or Wrigley Field. As the Orioles left the field Wednesday night, they were serenaded by a standing ovation from fans clad in orange on the road.

“We feel every bit of Birdland,” right-hander Spenser Watkins said. “Especially hearing O’s chants going on at Wrigley Field, that’s pretty cool. But yeah, this team is coming together as a whole, and it’s really, really fun to see.”

Before Watkins even stepped on the mound Wednesday, he had a three-run lead to work with. And with his form of late since returning from the injured list last month, three runs were more than enough.

Across his last four outings, Watkins has allowed a combined three earned runs. He gave up just one off a sacrifice fly in the fifth inning, going on to complete five frames while allowing four hits and two walks and striking out five. He drew 10 whiffs, including three with his slider — a pitch he only introduced midway through this season.

He still faced traffic on the bases, with runners on second and third with one out in the third inning, for instance. But Watkins secured consecutive strikeouts of Ian Happ and All-Star catcher Willson Contreras to escape that situation without any runs against him.

“That’s something we’ve been talking about, just minimizing and making pitches,” Watkins said. “To be able to make my pitches and get outs there was huge.”

Singles from Cedric Mullins and Ryan Mountcastle set up a two-run double for Anthony Santander, and Hays’ single — and an error in left field from Happ — plated Santander. The Orioles added to that cushion with an RBI double from Trey Mancini the next inning.

And as good teams do, the Orioles tacked on runs late. Adley Rutschman drove in Hays with a double that one-hopped the ivy in center field, and Rougned Odor’s single plated Rutschman. Then a balk from left-hander Daniel Norris brought home a third run in the eighth, propelling the pitching staff to a comfortable outing after the Orioles won seven of the previous nine games by two runs or fewer.

After Watkins, the bullpen carried on with its steady outings of late, with a combined two hits off four arms. Right-hander Dillon Tate retired all three batters he faced, and Pérez did the same. In 6 1/3 innings this month, Pérez hasn’t allowed a base runner.

“There it is. Hasn’t allowed a base runner, and not much hard contact either,” manager Brandon Hyde said. “He’s throwing 98 with a nasty slider and how about the emotion he shows coming off the mound? It pumps guys up, and he’s been unbelievable.”

There are some tweaks Hays has needed to make to account for his sore right wrist, but they’re minute. His backswing is more one-handed than it had been, giving his wrist a break. He’s lowered the intensity of some of his hitting drills in the cage.

But beyond that, Hays feels good enough to play with the tape wrapped tightly around his wrist. He first injured that wrist making a diving play against the Chicago White Sox late last month, then aggravated the injury when he was hit by a pitch July 4 on that wrist.

“I feel like I’m having pretty decent at-bats,” Hays said Wednesday afternoon. “I’m hitting one or two balls hard a game. Just gotta make — hitting too many ground balls and just not having as consistent hard contact as I was before. But I still like the pitches that I’m swinging at, I like how my at-bats are going, I feel like I’m on time for the fastball. So just trying to get something going.”

While he entered Wednesday’s game with three hits in his last 42 at-bats since June 28, Hays broke out with a four-hit performance, lashing singles through the infield before launching a double over Happ’s head in the eighth inning and adding another single in the ninth.