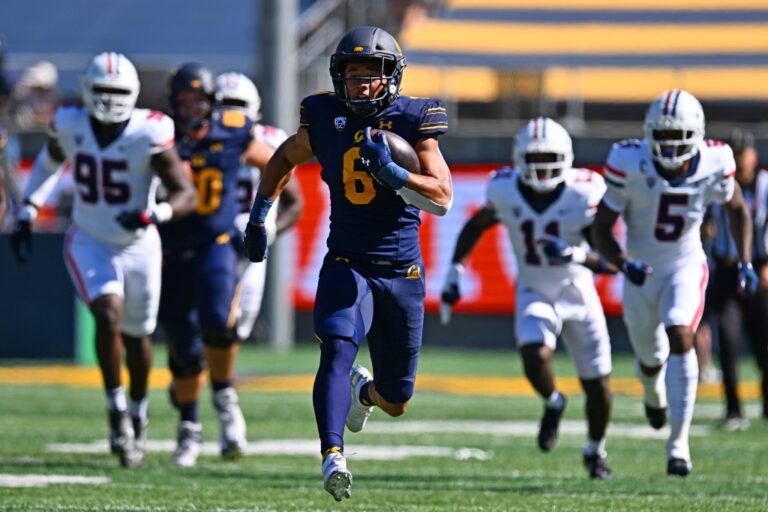 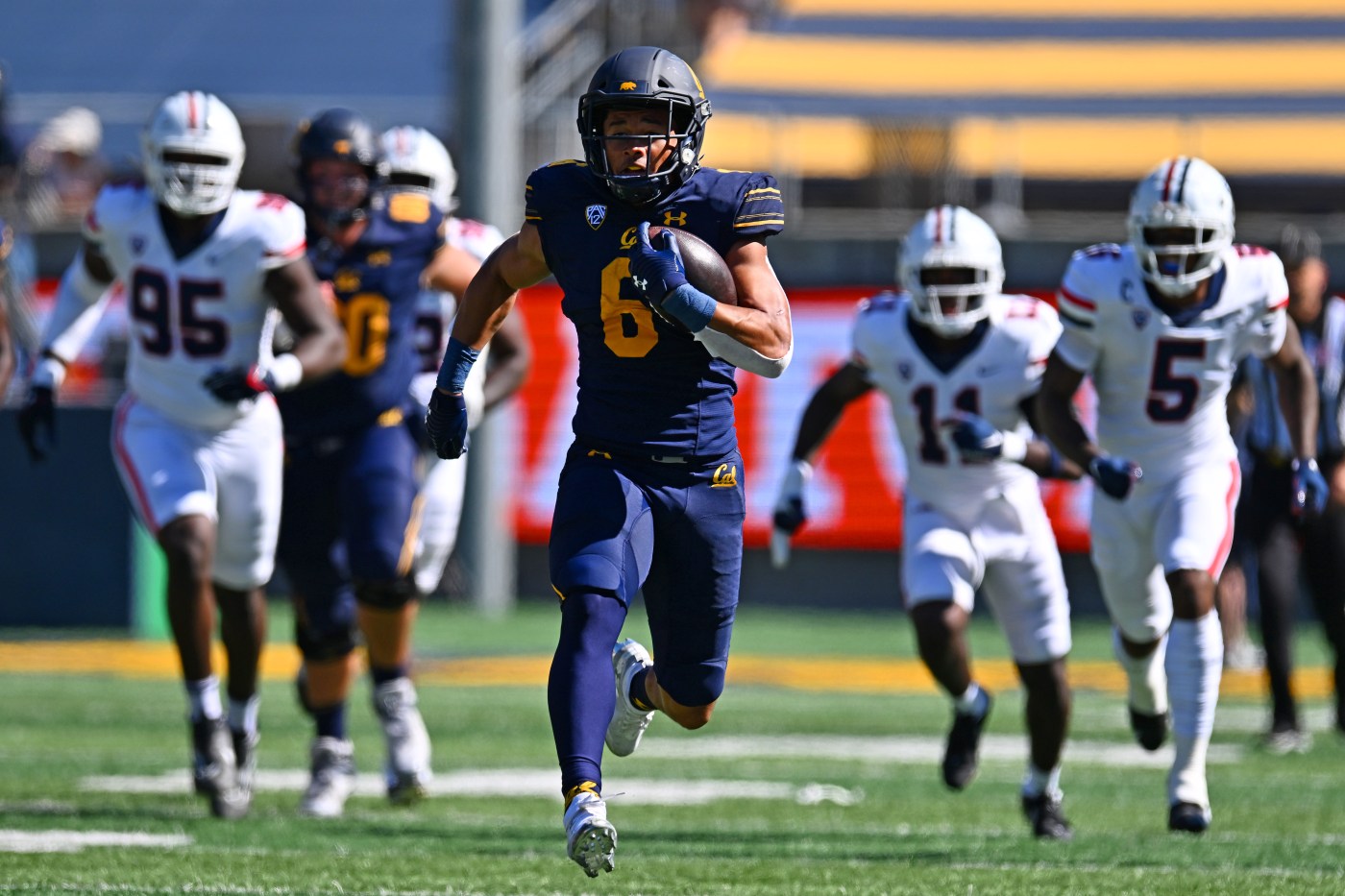 BERKELEY — The Cal football team has found a star.

Freshman running back Jaydn Ott raced 73 yards for a touchdown the first time he touched the ball Saturday and 72 yards for a TD on his last carry, powering the Bears to a 49-31 win over Arizona in their Pac-12 opener in front of 37,216 at Memorial Stadium on Saturday.

Ott scored three touchdowns and wound up with 274 rushing yards on just 19 carries, a sparkling 14.4 yards per carry. “That’s pretty freaking good,” quarterback Jack Plummer said of his per-carry average, “no matter if you’re playing pee-wee football or playing at the highest level.”

Only Jahvid Best, with 311 yards vs. Washington in 2008 and Jerry Drew with 283 vs. Oregon State in 1954, exceeded Ott’s total, which is the most by an FBS player through the first month of this season.

A native of Norco, California, Ott was low-key about his performance.

“He doesn’t look back when he gets out in the open,” Wilcox said. “It’s true, people do look back. But fast guys don’t look back.They’re just going to outrun everybody because they have confidence in their speed.”

Ott became the first Cal player to rush for 200 yards since Patrick Laird had 214 against Oregon State in 2017. No Cal freshman has assembled bigger numbers in a game.

Plummer was 18 for 28 for 245 yards and three touchdowns and Cal (3-1, 1-0) repelled Arizona’s comeback tries with fourth-quarter interceptions by Daniel Scott and Isaiah Young.

The game featured 1,135 yards of offense, including 599 by the Bears, whose 49 points matched their high in a Pac-12 game during Wilcox’s six seasons. The Bears averaged 9.1 yards per play for the game.

Cal had a big third quarter to surge into the lead.

They went in front on their first possession of the half, going 87 yards in eight plays with Plummer throwing a 4-yard touchdown pass to tight end Keleki Latu with 9:17 left in the period. Latu also had a 23-yard catch on the drive and fellow tight end Elijah Mojarra had grabs of 20 and 9 yards.

Ott provided another highlight play to push the Cal lead to 35-24. He burst up the middle from the Arizona 18, was stopped at the 13, kept moving his feet with his back to the end zone, then burst free for the TD with 4:59 left in the period.

Then, after Orin Patu forced a Jayden de Laura fumble and Myles Jernigan recovered for Cal at the Bears’ 29-yard line, they went back on attack. Plummer showed off his arm with a 37-yard strike to Jeremiah Hunter in the end zone and Cal was up 42-24 one play into the fourth quarter.

Arizona led 24-21 at halftime of a game that featured almost no defense.

“That’s as poor as we’ve played on defense in the first half,” he said. “There probably wasn’t anything good, to be honest with you. First half we didn’t tackle well, we didn’t rush, we didn’t cover anybody and it was bad.”

Cal struggled to contain Arizona quarterback Jayden de Laura, who was 14 for 21 for 235 yards with a touchdown before halftime. The Washington State transfer finished with a career-best 401 passing yards and two TDs, but was picked off twice late.