Pamela Anderson appears surprised by her own cleavage

Seen something shocking, Pam? Ms Anderson appears surprised by her own cleavage (but her wrinkle free forehead gives nothing away)

She‘s the original pneumatic blonde, and even Pamela Anderson appeared shocked by her legendary curves as she attended the Taormina Film Festival in Italy on Monday.

But while the 46-year-old’s eyes screamed rabbit in the headlights, you could divine nothing at all from the Baywatch star’s spooky smooth forehead.

Pammie was aiming for a chic look with her short feathered crop, and plain fitted black dress. 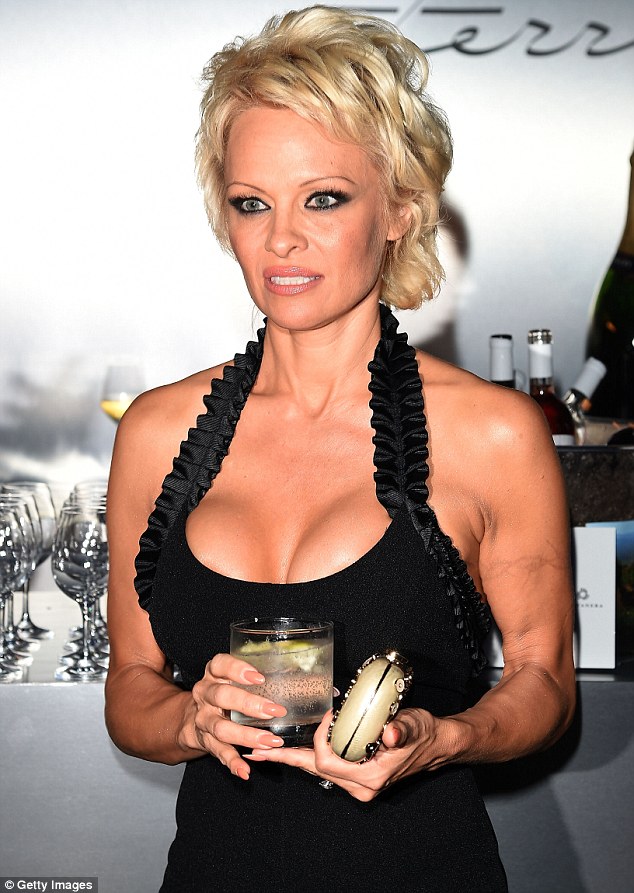 Shocker! Did Pamela Anderson catch sight of her own heaving cleavage at the Taormina Film Festival in Italy on Monday?

And to achieve that she also had foundation over the famous barbed wire tattoo that’s slowly being faded out by laser removal.

She paired the dress with a pair of studded Louboutins.

A simple clutch bag; though studded with rhinestones, completed the look. 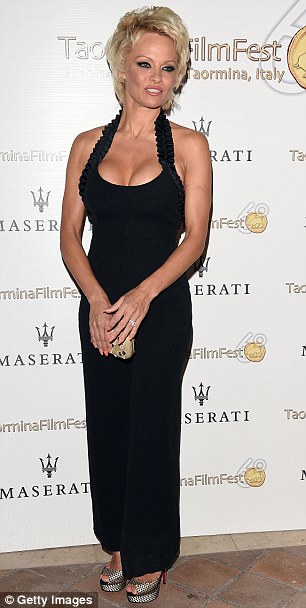 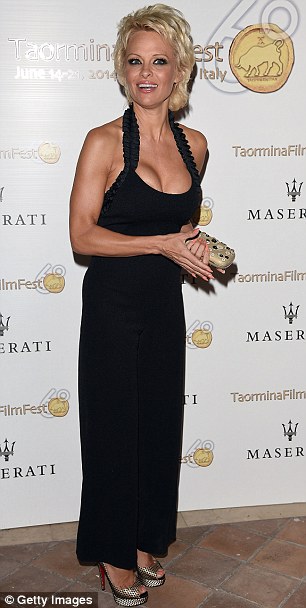 Va va voom: Pammie is growing old like a fine wine, and her curves are still show stopping 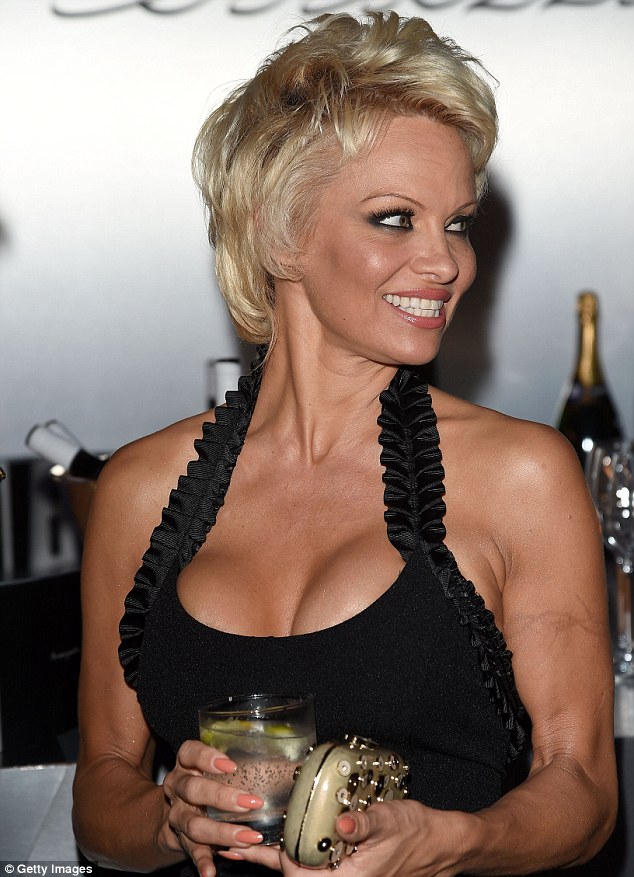 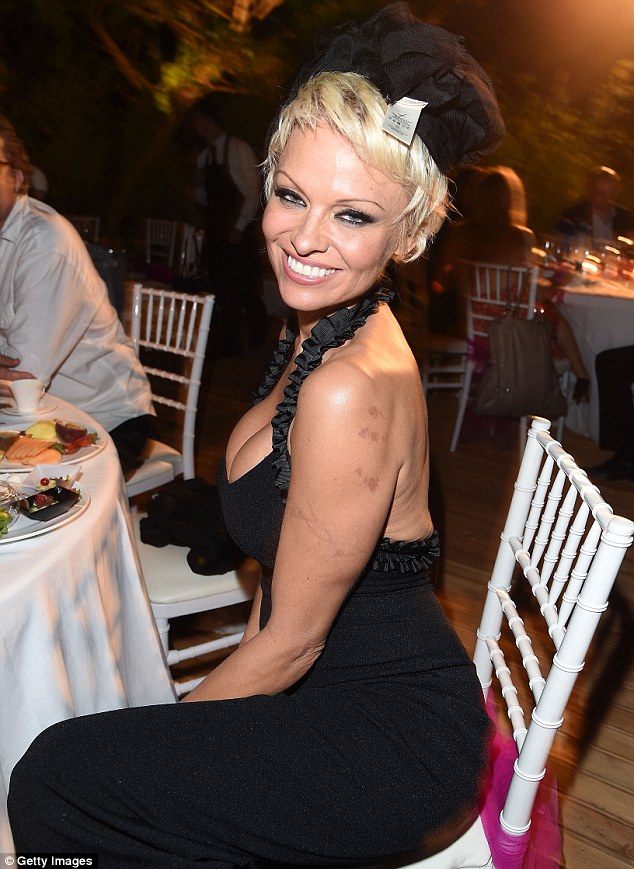 Good times: Pam beamed as she sat down for dinner at the fundraiser

She famously got the tattoo for her first cinematic lead role, but now Pamela Anderson’s ring of barbed wire tattoo is virtually non-existent.

The former Baywatch star is going through the process of laser tattoo removal to get rid of the inking around her left bicep, which she had done in 1995 just before she started filming Barb Wire.

Now the mother-of-two is on course to be tattoo-free and be able to wear revealing clothes. 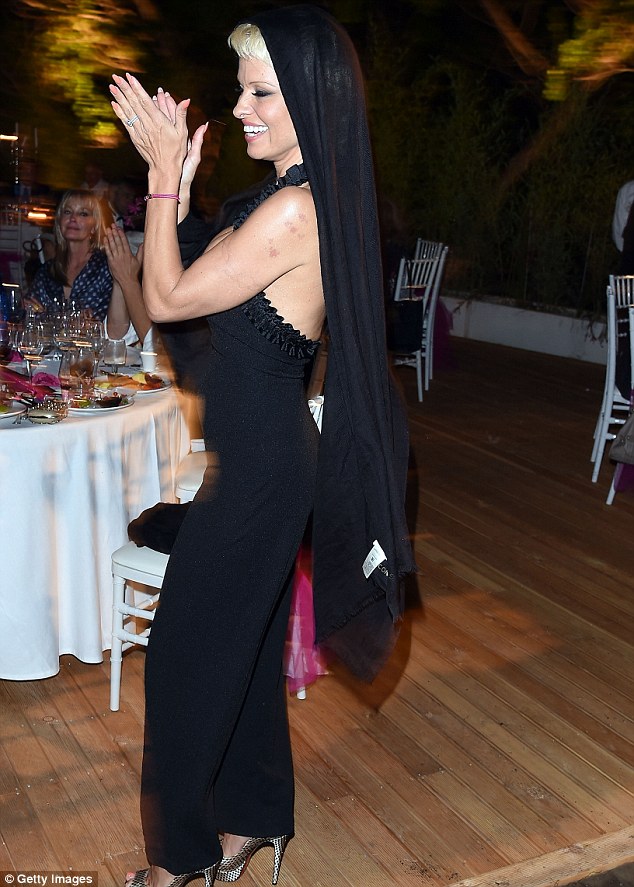 Long veil: Pamela added a little flair to her outfit with a long black veil 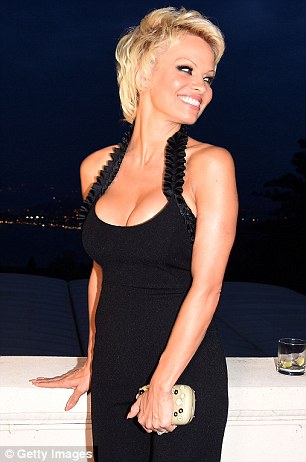 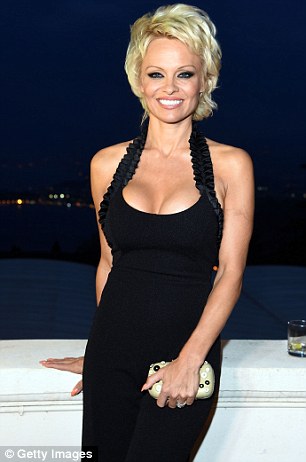 Darling of Europe: Pammie loves spending time across the Atlantic 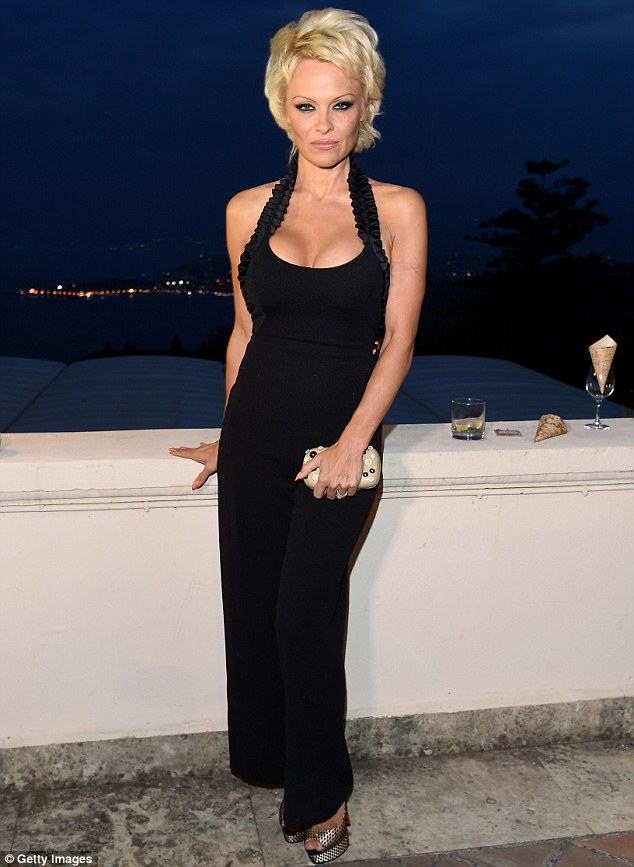 Sizzling: Pammie rocked the classic look at the Italian shindig 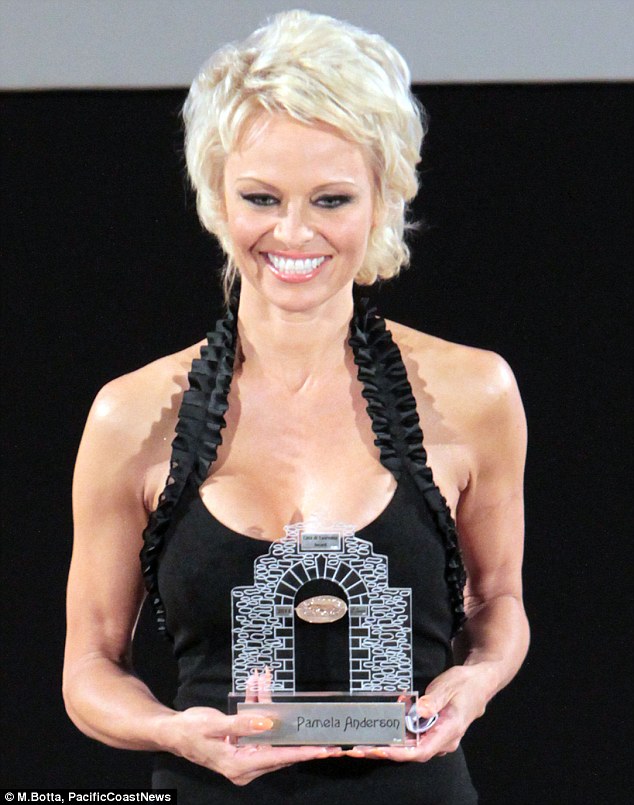 She’s a winner: Pamela received an award on behalf of her foundation during the Taormina Film Festival 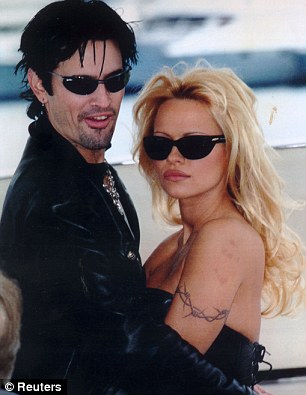 She loved the look: Pamela Anderson got her tattoo in 1995 for her role in Barb Wire and said she loved her then-husband Tommy Lee’s inkings

The actress reportedly thinks the body art will become an ‘eyesore’ as she gets older.

A friend revealed: ‘Pamela is seeing the effects of age and hard living on her body. Her skin is getting soft. She feels like her tattoos are going to become eyesores.

‘She’s not a kid anymore. She doesn’t want blurry ink all over her wrinkled arms.’

Pamela has also made it clear that she was not going through the laser removal process to prove she’s a ‘good mother’: ‘People with tattoos aren’t any less of a parent.’

Treatment normally lasts months, depending on the size of the tattoo and the pigments used. It generally costs about £1,000 but can be much more.

‘It will undoubtedly set you back more than the original tattoo,’ says consultant plastic surgeon David Gault, who has had some patients come to his clinic on the way back from the tattoo studio, begging him to remove their body art. 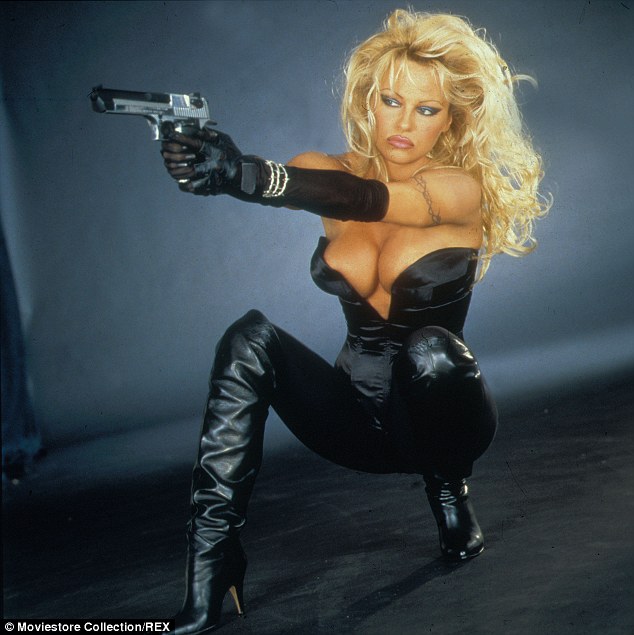 Permanent: A make-up artist was going to paint the barbed wire on daily during production, but Pamela wanted the real thing