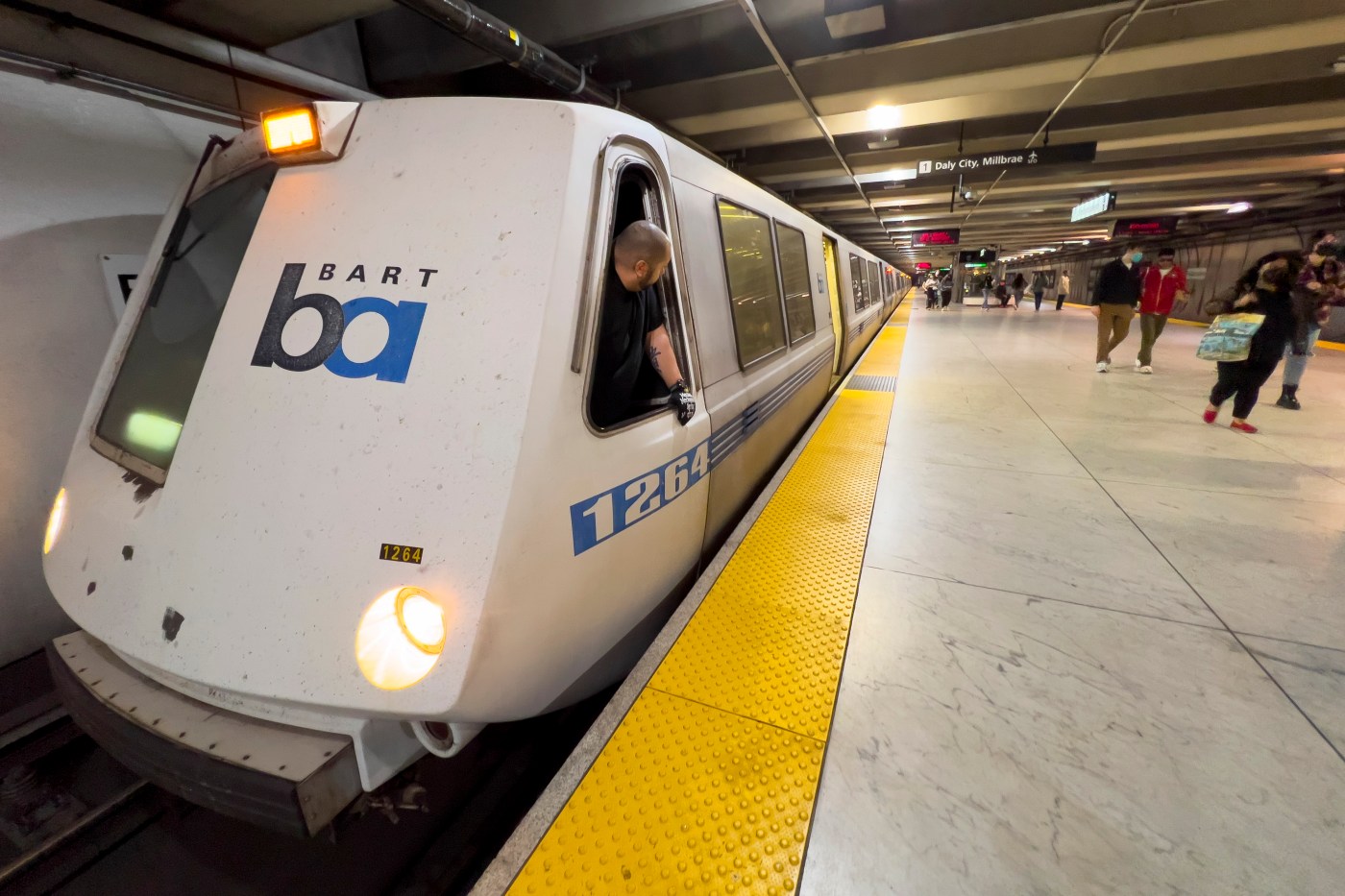 SAN FRANCISCO — BART saw major delays in service through the Transbay Tube between Embarcadero and West Oakland stations Sunday after a person was detained and taken into custody after entering the trackway toward Oakland and evading police for more than two hours authorities said.

Shortly before 6:40 p.m., officials shared a social-media post alerting riders to the incident and predicted delays of at least 20 minutes in the East Bay and Daly City and Millbrae directions.

Those delays added to ongoing delays of at least 10 minutes in the East Bay and San Francisco International Airport directions earlier Sunday due to pre-scheduled trackway repairs between the system’s 16th Street/Mission and Montgomery stations,

In a statement, BART spokeswoman Anna Duckworth said BART police were working to find the person, who was initially seen on the trackway in downtown San Francisco, and that train service between Embarcadero and West Oakland had stopped while officers worked to locate them.

Soon after 7 p.m., BART said that mutual-aid service would be provided at the Transbay Terminal by AC Transit bus lines O, NL and F from Embarcadero to West Oakland stations, and by Muni between Embarcadero and Civic Center stations.

Police managed to take a person into custody at 9 p.m., and were working to clear associated scenes before clearing train service to resume.

There were no reports of injuries associated with the incident Sunday night.

We have major delays on the San Francisco line in the East Bay and Daly City SFO/Millbrae directions all d due to unauthorized personnel in the trackway in the TransBay tube.

A detailed BART service advisory has been issued: https://t.co/OGQ1tCSZdA

Because trains are not moving through the tube until we can get this person safely into custody, we must turn trains back at West Oakland and at Montgomery.

This keeps trains moving for those who don’t need to travel transbay.