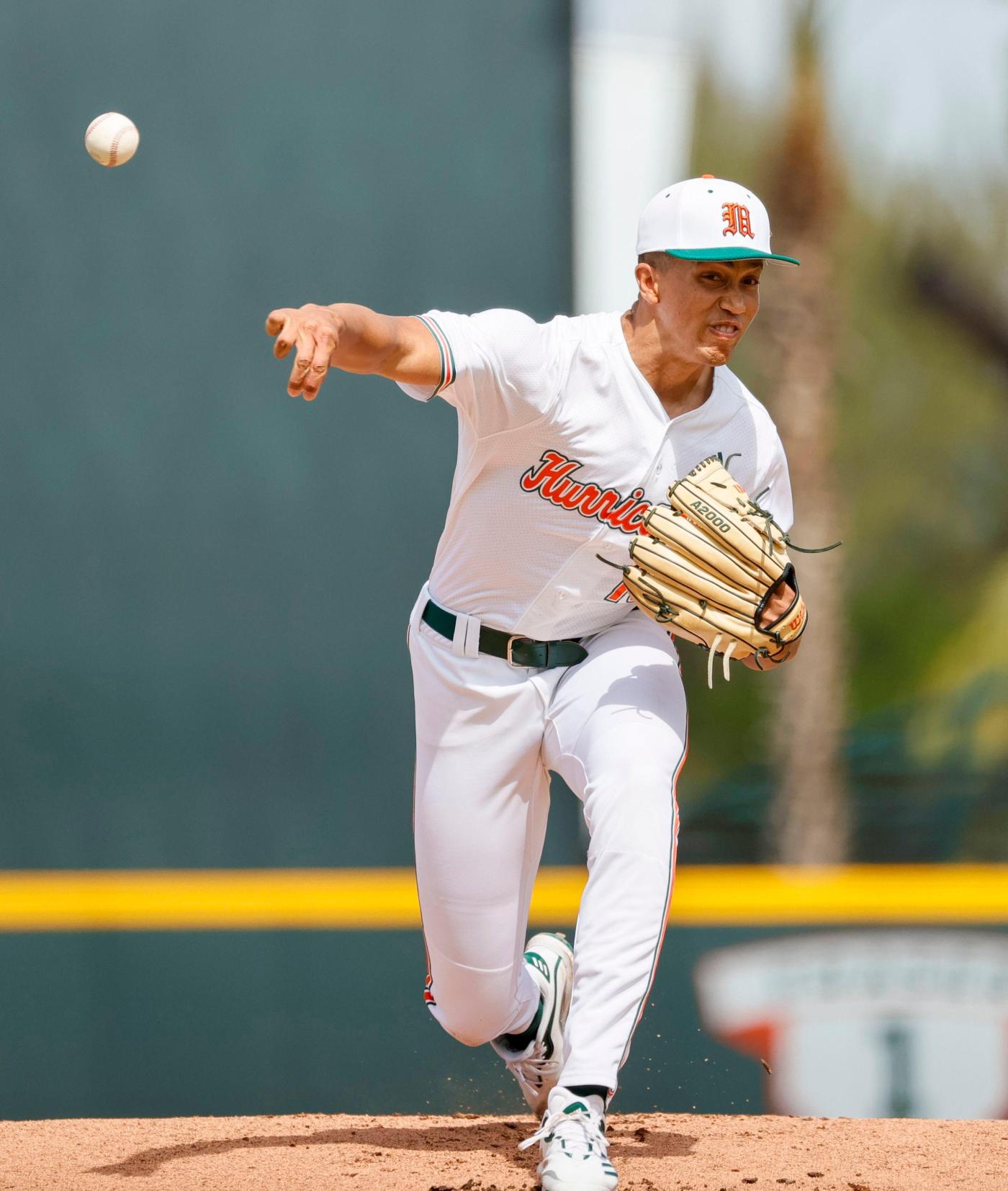 Hurricanes pitcher Alex McFarlane has another shot at starting his professional career.

The Philadelphia Phillies picked McFarlane in the fourth round with the 112th pick on Monday. McFarlane is the second Hurricane selected in this year’s draft, following the Colorado Rockies picking Carson Palmquist in the third round.

McFarlane, who was picked by the Cardinals in the 25th round in 2019, started the season in Miami’s rotation and had solid outings against Towson and Boston College, but after struggling against Clemson, he moved to the bullpen. He had a 2.50 ERA in 25 2/3 innings after moving to the bullpen.

McFarlane finished the season with a 4.00 ERA and struck out 68 batters in 45 innings.

“McFarlane succeeds largely with two very good pitches: his fastball and slider,” McFarlane’s MLB Pipeline scouting report says. “His fastball has averaged over 95 mph this season, topping out at 99, and there’s good run on the pitch. His slider, which he’s run up to 89-90 mph, flashes plus and misses bats at a very impressive rate. He does have some feel for his mid-80s changeup as well.

“With that kind of potential in a three-pitch mix and an ideal durable pitcher’s frame, it might be tempting to give McFarlane another chance to start at the next level. But his long arm action in back is very tough to repeat, which has led to issues with command. Perhaps a team could try to retool his mechanics, but it might be wiser to keep him in the pen and let that fastball-slider combination carry him to the big leagues.”