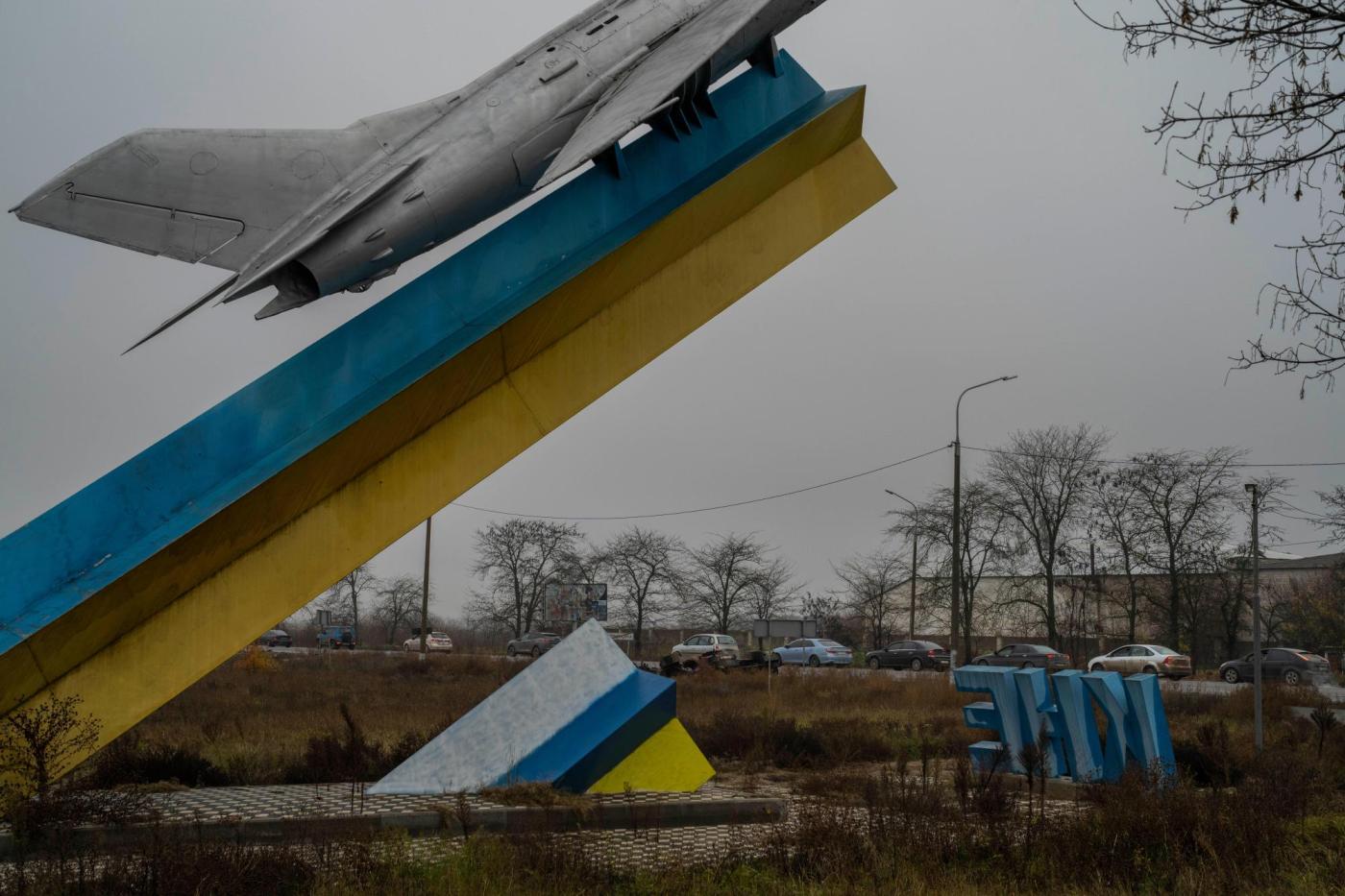 KHERSON, Ukraine (AP) — Russian forces struck several areas in eastern and southern Ukraine early Sunday as utility crews scrambled to restore power, water and heating with the onset of snow and frigid temperatures, while civilians continued to leave the southern city of Kherson because of the devastation wreaked by recent attacks and of fears of more ahead.

With persistent snowfall blanketing the capital, Kyiv, Sunday, analysts predicted that wintry weather — bringing with it frozen terrain and grueling fighting conditions — could have an increasing impact on the conflict that has raged since Russian forces invaded Ukraine more than nine months ago.

Both sides were already bogged down by heavy rain and muddy battlefield conditions, experts said.

After a blistering series of Russian artillery strikes on infrastructure that started last month, workers were fanning out in around-the-clock deployments to restore key basic services as many Ukrainians were forced to cope with only a few hours of electricity per day — if any.

Ukrenergo, the state power grid operator, said Sunday that electricity producers are now supplying about 80% of demand, compared to 75% the previous day.

The Institute for the Study of War, a think tank that has been closely monitoring developments in Ukraine, said reporting from both sides indicated that heavy rain and mud have had an impact — along with wider freezing expected along the front lines in the coming days.

“It is unclear if either side is actively planning or preparing to resume major offensive or counter-offensive operations at that time, but the meteorological factors that have been hindering such operations will begin lifting,” it said in a note published Saturday.

ISW said Russian forces were digging in further east of the city of Kherson, from which Ukrainian forces expelled them more than two weeks ago, and continued “routine artillery fire” across the Dnieper River.

The think tank also cited reports that Russian forces were moving multiple launch rocket and ground-to-air missile systems into positions closer to the city as part of a possible plan to step up “the tempo of rocket and anti-air missile strikes against ground targets north of the Dnieper River in the coming days.”

Kherson city, which was liberated more than two weeks ago — a development that Ukrainian President Volodymyr Zelenskyy called a turning point in the war — has faced intense shelling in recent days by Russian forces nearby.

The top U.N. official in Ukraine said civilians, many of whom lamented unlivable conditions and feared more strikes to come, continued to pour out of Kherson on Sunday.

“The level of destruction, the scope of the destruction, what’s required in the city and in the oblast — it’s massive,” said U.N. resident coordinator Denise Brown. U.N. teams were ferrying in supplies like food, water, shelter materials, medicines, and blankets and mattresses, she said.

“Time is of the essence, of course, before it becomes an absolute catastrophe,” Brown told The Associated Press in Kherson.

Galina Lugova, head of the city’s military administration, said in an interview that evacuation trains had been lined up and bomb shelters set up in all city districts with stoves, beds, first aid kits and fire extinguishers.

“We are preparing for a winter in difficult conditions, but we will do everything to make people safe,” Lugova said. Her biggest worry, she said, was “shelling that intensifies every day. Shelling, shelling and shelling again.”

On the roads out of the city, some residents felt they had no choice but to leave.

“The day before yesterday, artillery hit our house. Four flats burned down. Windows shattered,” said Vitaliy Nadochiy, driving out with a terrier on his lap and a Ukrainian flag dangling from a sun visor. “We can’t be there. There is no electricity, no water, heating. So we are leaving to go to my brother.”

In the eastern Donetsk region, five people were killed in shelling over the past day, governor Pavlo Kyrylenko said. Overnight shelling was reported by regional leaders in the Zaporizhzhia and Dnipropetrovsk areas to the west. In addition, he said two people were killed in artillery firing on the town of Kurakhove.

Kharkiv governor Oleh Syniehubov said one person was killed and three wounded in the northeastern region.

Russian rockets hit unspecified railroad facilities in Kryvyi Rih, Zelenskyy’s hometown, on Sunday, according to a regional official. No injuries were immediately reported.

Keaten reported from Kyiv, Ukraine. Mstyslav Chernov in Kherson contributed to this report.