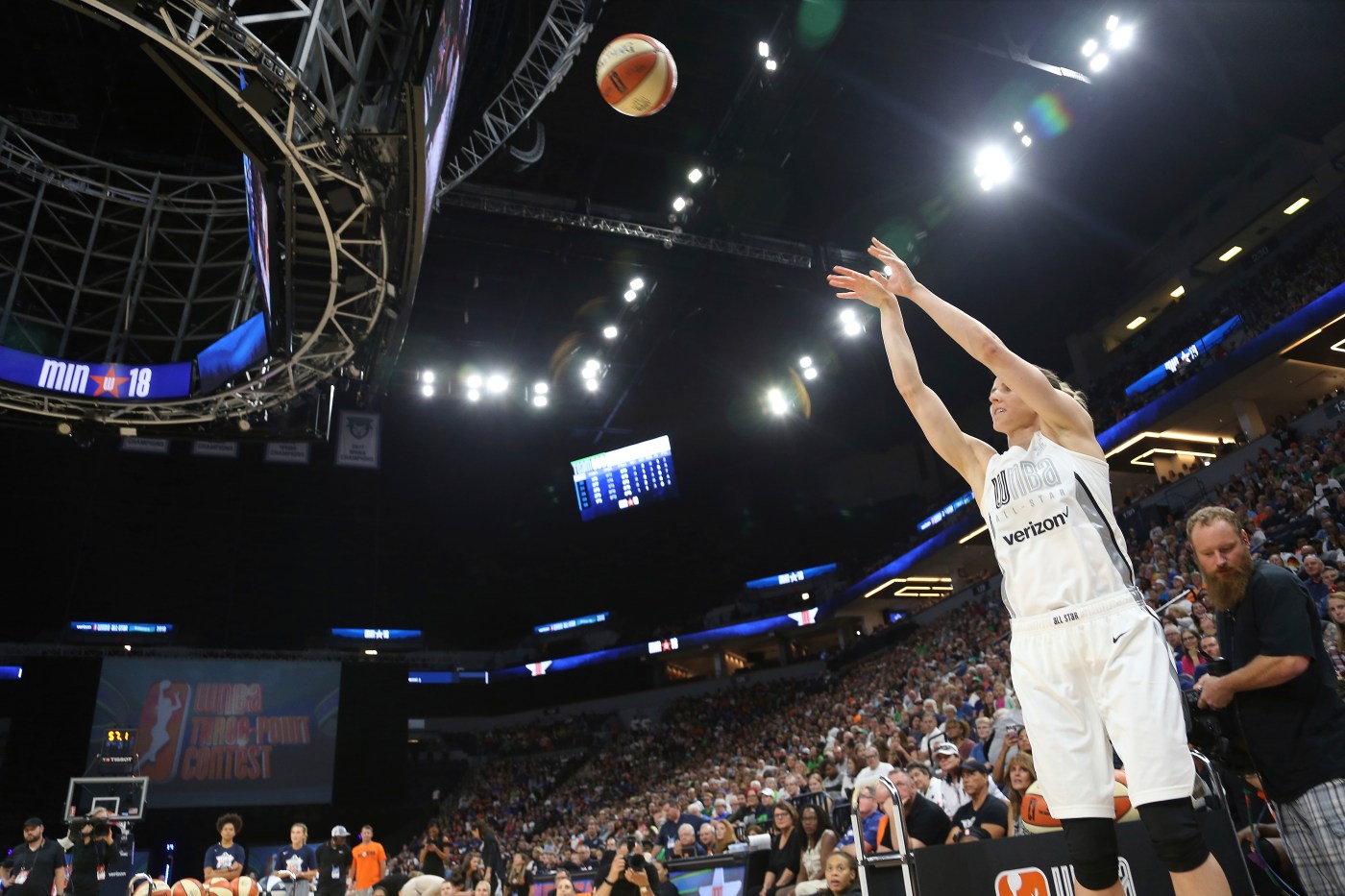 The WNBA is getting closer to expanding the league by two teams as soon as 2024, and there’s a very good chance the Bay Area will finally get its own WNBA team.

Commissioner Cathy Engelbert told The Athletic in a story published last week that the league hopes to have expansion cities identified this year, with the possibility of beginning play in 2024.

But who would get the Bay Area’s team and where will it play? That’s where things get complicated.

First, you have the Oakland-based African American Sports and Entertainment Group (AASEG), an organization of prominent local Black business leaders with a Black women-led group including former WNBA star Alana Beard heading the efforts for the team. But there’s also the Golden State Warriors, the former tenants in that Oakland arena now playing in their downtown San Francisco arena, Chase Center, and have twice before attempted to bring a WNBA team to the Bay Area.

The league’s been at 12 teams since 2012, and many have wondered if the W would expand again. After surviving the 2020 season inside a bubble in Florida and thriving in the 2021 season, the league is finally turning that “if” question into a “when” question.

The Bay Area is considered the top market presently missing from the WNBA by several in and around the league, including Engelbert herself in an interview with TIME, NBA Commissioner Adam Silver before the NBA Finals and five-time Olympic gold medalist Sue Bird.

“I think the Bay Area and Portland are probably my top two, and I think Toronto is third, could climb into the top two,” Bird said in May.

AASEG saw Bird’s quote and chimed in on Twitter, claiming that Oakland “would easily have the strongest fan base in the country.” And while nothing is set yet, the organization has put in work to have its plan ready.

In November, AASEG won exclusive negotiating rights to purchase the City of Oakland’s half of the Coliseum complex. While the negotiations are ongoing, AASEG founder and president Ray Bobbitt said the WNBA team would be at the center of all arena operations decisions — which would avoid the relocation of playoff games that has plagued other teams in the league.

“We know that the highest area of costs with respect to running a WNBA team is not necessarily the player salaries, travel and marketing. It’s really the occupation costs of the arena,” Bobbitt said, adding that a deal in which the team can benefit from arena operations would “allow for the team to be not only solvent but very competitive.”

The Coliseum Complex is half-owned for the time being by Alameda County, which agreed to sell its half to the Oakland A’s for $85 million in 2019 — though the legality of the sale is being investigated by the California Department of Housing and Community Development. Bobbitt says he has regular meetings with the A’s to work out the arrangement, which is also tied to the MLB team’s pursuit of a downtown Oakland ballpark at Howard Terminal.

San Francisco would be a less complicated destination than Oakland — and potential owner Joe Lacob is a prominent women’s basketball fan, too.

Lacob was the owner of the San Jose Lasers of the American Basketball League, the last major professional women’s basketball league before the WNBA. He’s called it “a dream” to bring a WNBA team to the Bay and twice failed in efforts to relocate other franchises when they were up for sale: the Los Angeles Sparks in 2014 and the then-San Antonio Stars in 2017, now the Las Vegas Aces, owned by Mark Davis.

But now for the Warriors — who own a piece of the WNBA through the NBA — Chase Center is done and about to wrap up its first full season with fans. Golden State president and chief operating officer Brandon Schneider said the team’s interest in a WNBA team remains as high as ever.

“For us, nothing’s really changed. We are very interested in a W team,” Schneider said this week. “The time’s got to be right, on a whole number of fronts. It’s something we’ve wanted to do for a while.”

And that is where there’s a decision coming to a head for the league office: Will the WNBA choose the NBA team with a passionate owner in a glitzy arena, or go with a Black-led group in a community scorned by every other team in its town, with an ownership group that looks like the players in the league?

When asked about the Warriors as a competitor for a WNBA team, Bobbitt said he and his group “really haven’t thought too much about them,” but quickly pivoted to a sales pitch for Oakland and AASEG.

“I’ve kind of felt like this is sort of tailor-made for Oakland,” Bobbit said. “Just because the Warriors were in Oakland and then they left Oakland, and then we brought this to the table first. We know that they’ve had an opportunity over the years to do this, but they haven’t.

“When you look at our proposal in its totality and kind of what we did in the way of bringing attention here and making sure we engage the league, it would be hard to see how somebody would not want to just root for this.”

But while Bobbitt feels his group was first to the expansion push, Schneider says the Warriors have been looking into a team for a long time and have done market research into a potential season-ticket base for the WNBA team.

“If we get to the point where there’s going to be a W team in the Bay Area, we would certainly love to be involved in operating that. And we think that that’s the best scenario for the league, quite frankly,” Schneider said.

And if the team ends up in Oakland?

“At the end of the day, it’d be amazing for the Bay Area to have a W team,” Schneider said. “So however that ends up happening is a positive.”