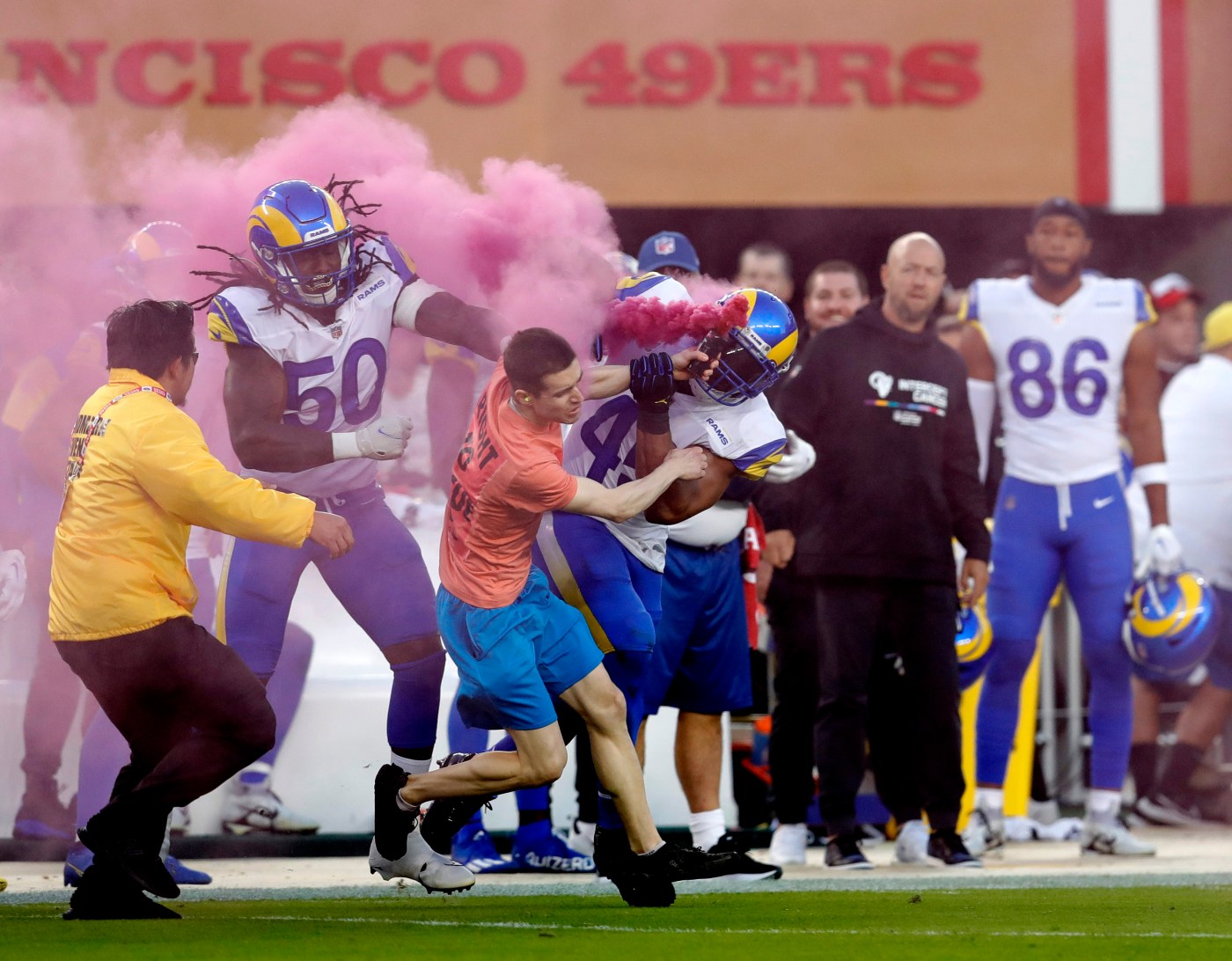 The animal rights protester who was tackled by Rams linebacker Bobby Wagner during Monday’s 49ers-Rams game at Levi’s Stadium appears to have struck back.

The protester who Wagner tackled, Alexander Taylor, reportedly filed a report with Santa Clara police Tuesday, according to reports from TMZ and ESPN.

Direct Action Everywhere, an animal advocacy organization, and police both confirmed that Taylor and Allison Fluty, both Bay Area residents, were arrested, cited and released after entering the field at two separate points during the 49ers’ 24-9 win over the Rams.

OMG BOBBY WAGNER JUST TRUCKED THE FAN THAT RAN ON THE FIELD pic.twitter.com/uwoEzkrFxc

A police spokesperson said that a report was filed the following afternoon related to the incident but declined to give more information, citing that the investigation was ongoing.

A woman affiliated with the group glued herself to the court at a Minnesota Timberwolves playoff game to protest against Wolves owner Glen Taylor’s chicken farming business, Rembrandt Foods, including the killing of more than 5 million birds due to a bird flu outbreak.

A group of Direct Action Everywhere protesters also chained themselves to the racetrack at Golden Gate Fields in March 2021 and later were sued by the racetrack.

Reporters Cam Inman and Jerry McDonald contributed to this story.