By Matt Powell For Mailonline

Protesters brought anti-Harry and Meghan signs and argued with supporters of the couple outside the summit in Manchester where the Duchess of Sussex is delivering a speech about gender inequality.

The couple smiled as they passed the crowd outside Bridgewater Hall, ignoring a sign that called them ‘fake royals’.

One lady held up a hand-drawn poster saying ‘F.O. Harry (&) Me.Gain’ and ‘Fake Royals’, while protester was seen arguing in the crowd with fans of the royal pair.

Meghan is attending the One Young World summit to give a keynote speech about gender inequality to an audience of 2,000. 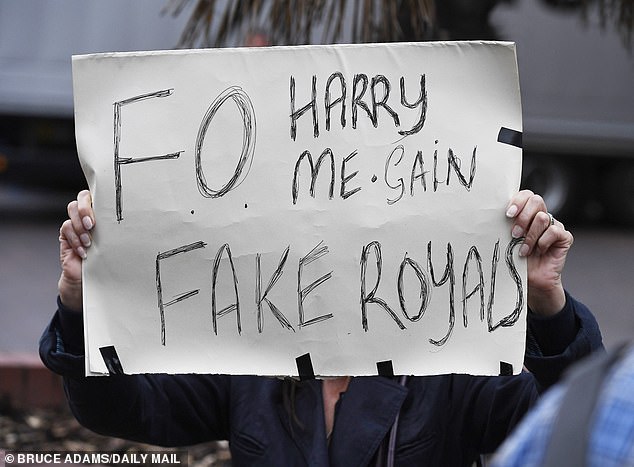 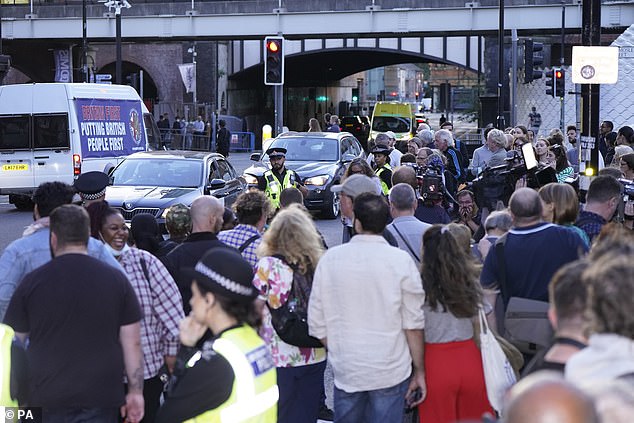 Pictured: The Duke and Duchess of Sussex arriving by car at the Manchester summit at Bridgewater Hall, 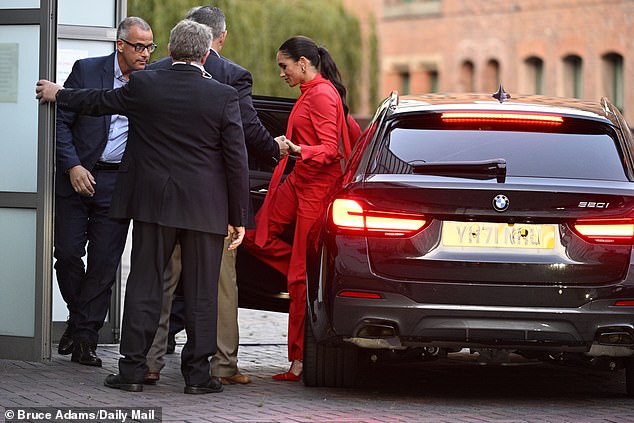 Meghan Markle pictured arriving earlier this evening, ahead of giving a keynote speech

The Duchess of Sussex, 41,  arrived wearing bright red trousers, shoes and top with a slicked back ponytail, alongside Harry, 37, who wore a dark suit.

Meghan was pictured earlier exiting a BMW 4×4 outside the venue, where crowds had gathered.

A protester held a poster calling the Duke and Duchess of Sussex ‘fake royals’, while standing outside the Manchester venue.

The couple, who have stepped away from royal duties, walked inside the building as Meghan prepares to deliver a keynote speech at the opening ceremony.

During Sir Bob Gelfdof’s speech, he said that he spotted a ‘Britain First’ protester with a van outside. Sir Bob denounced hatred and called on people to come together.