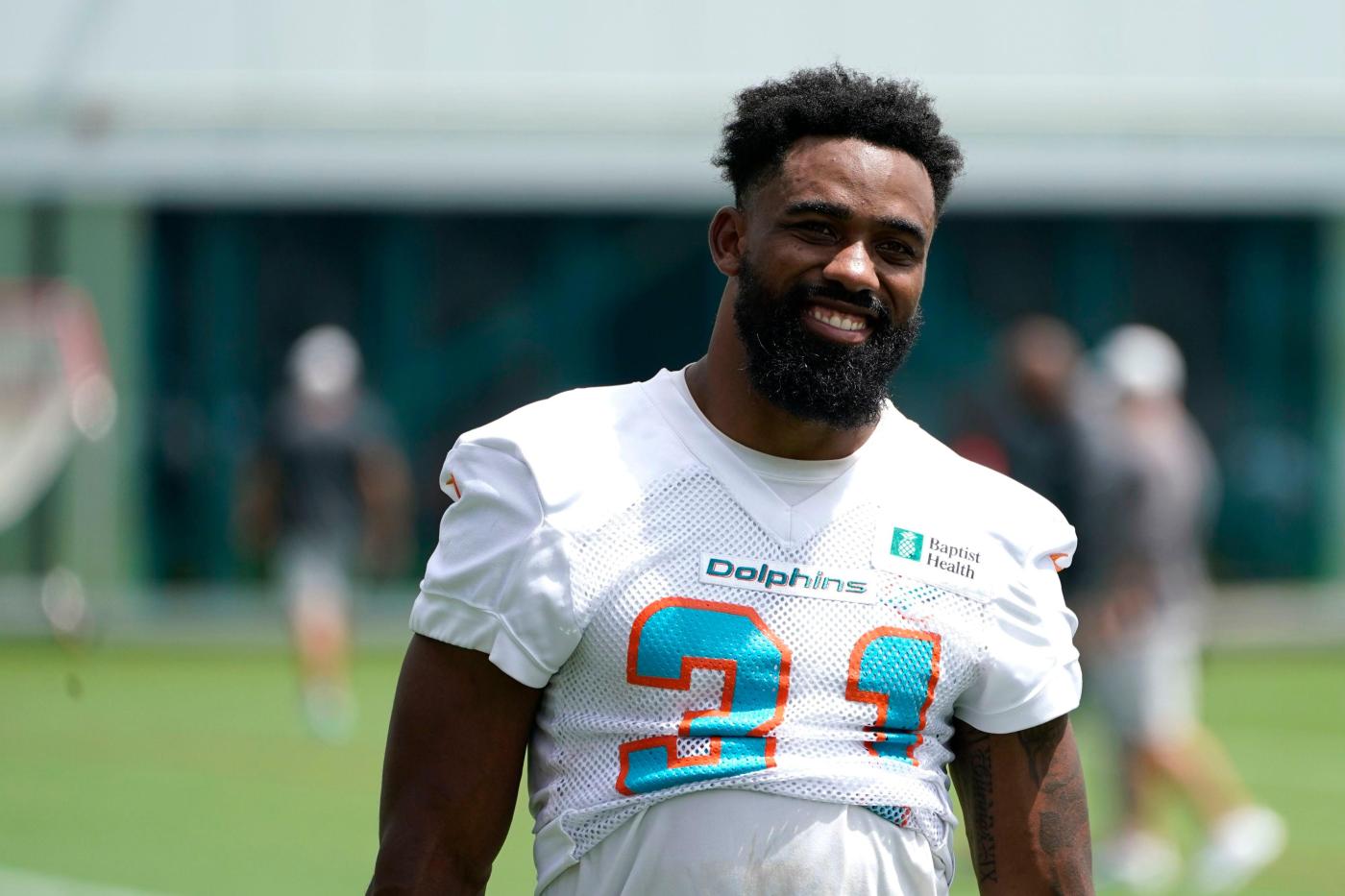 Raheem Mostert had his 2021 season cut short just as it was getting started. Now, he’s picking things back up in Miami as the Dolphins running back most experienced with the wide-zone scheme new coach Mike McDaniel is implementing into the offense.

Mostert, after falling to a knee injury just two carries into last year’s opener with the San Francisco 49ers, took in his first practice with his new team on Wednesday as training camp began, albeit on a limited basis only recently cleared to return, with an optimism of what he and the Dolphins can produce on the ground in 2022.

“Coming back from a major knee injury, you have some doubt in your mind as an athlete,” said Mostert, a speedster who may still be the NFL’s fastest running back when healthy. “It’s also one of those things where you have to go out there and you have to put on, not only for yourself, but for your family, for the organization.”

Mostert, 30, who rested at Thursday’s second practice of camp as part of his veteran management plan, will progressively work his way into becoming game ready for the start of the season throughout camp. With his ability to break off big runs, he owns a staggering 5.7 yards-per-carry average over 284 career rushing attempts, a figure which would put him at third on the NFL’s all-time list and tops among tailbacks if he met career minimum requirements in carries. Only quarterbacks Michael Vick and Randall Cunningham have greater averages among those who qualify.

Mostert will be part of a backfield committee after the Dolphins also added running backs Chase Edmonds and Sony Michel in free agency, still have Myles Gaskin and Salvon Ahmed on the roster and also have upstart undrafted rookie ZaQuandre White in the mix.

Aside from being able to take any carry the distance, Mostert brings the running back room a savvy veteran most familiar with McDaniel and his scheme, based largely on outside-zone blocking that looks to get defenses moving laterally off the snap to then create gaps for a back to plant his foot and attack. A journeyman early in his career that was able to break through onto rosters as a kick returner – and, in fact, played his first NFL game with the Dolphins – Mostert first took off as a running back during his time with the 49ers, in the running game that McDaniel coordinated before he was promoted to offensive coordinator in 2021.

“Raheem, obviously being a part of this offense before,” said fullback Alec Ingold on Wednesday, “he’s like the dad of the room, making sure everyone knows why we’re doing what we’re doing.”

Already accustomed to the concepts and McDaniel, the focus for Mostert comes in learning the new offensive line he’ll be running behind.

“This is a new group of guys that I have to work with and it’s an unbelievable front, but we all have to be on the same page,” Mostert said. “There are going to be things that we have to overcome, but at the end of the day, we have to go out there and we have to mesh together. I know it’s going to click, and when it does, you can tell what’s going to happen.”

While Mostert will get the opportunity to do the most he can with his carries, Edmonds, formerly of the Arizona Cardinals, appears primed to lead Miami’s backfield in touches with his ability to run and be a receiver out of the backfield.

“He’s the guy. He’s the bell cow,” Ingold said. “You just see all that shiftiness out on the field that you get really excited for. And then Sony [Michel], as well — a Super Bowl champ — having that experience, been on the Patriots to the Rams and been in multiple rooms.

Edmonds has to get adjusted to the outside zone, which he has not nearly played in as much as Mostert.

“My last 10 years of football have all been inside zone,” said Edmonds of the scheme where blocks are more vertical. “We could run an inside-zone play right now. I consider myself an expert at that particular play. … [Thursday], I had a run where it was for about 7 [yards], but it should’ve been for about 20. I still got to train my eyes, because all college and the last four years at Arizona, I was predominantly inside zone.”

With Mostert nearing 100-percent health, the topic of a race between the fastest Dolphins — Mostert and wide receivers Tyreek Hill and Jaylen Waddle — has to be brought back up after Hill initiated the talks in his introductory press conference following his trade from the Kansas City Chiefs.

“We’ll see what that entails,” Mostert said. “He’s always chirping and talking about he’s the fastest and stuff like that, but there’s a new guy on the block and I have the record [in-game mph speed achieved carrying the ball] to prove it. So, when that time comes, we’re definitely going to have a race — me, him, [Jaylen] Waddle and anybody else who wants to.”