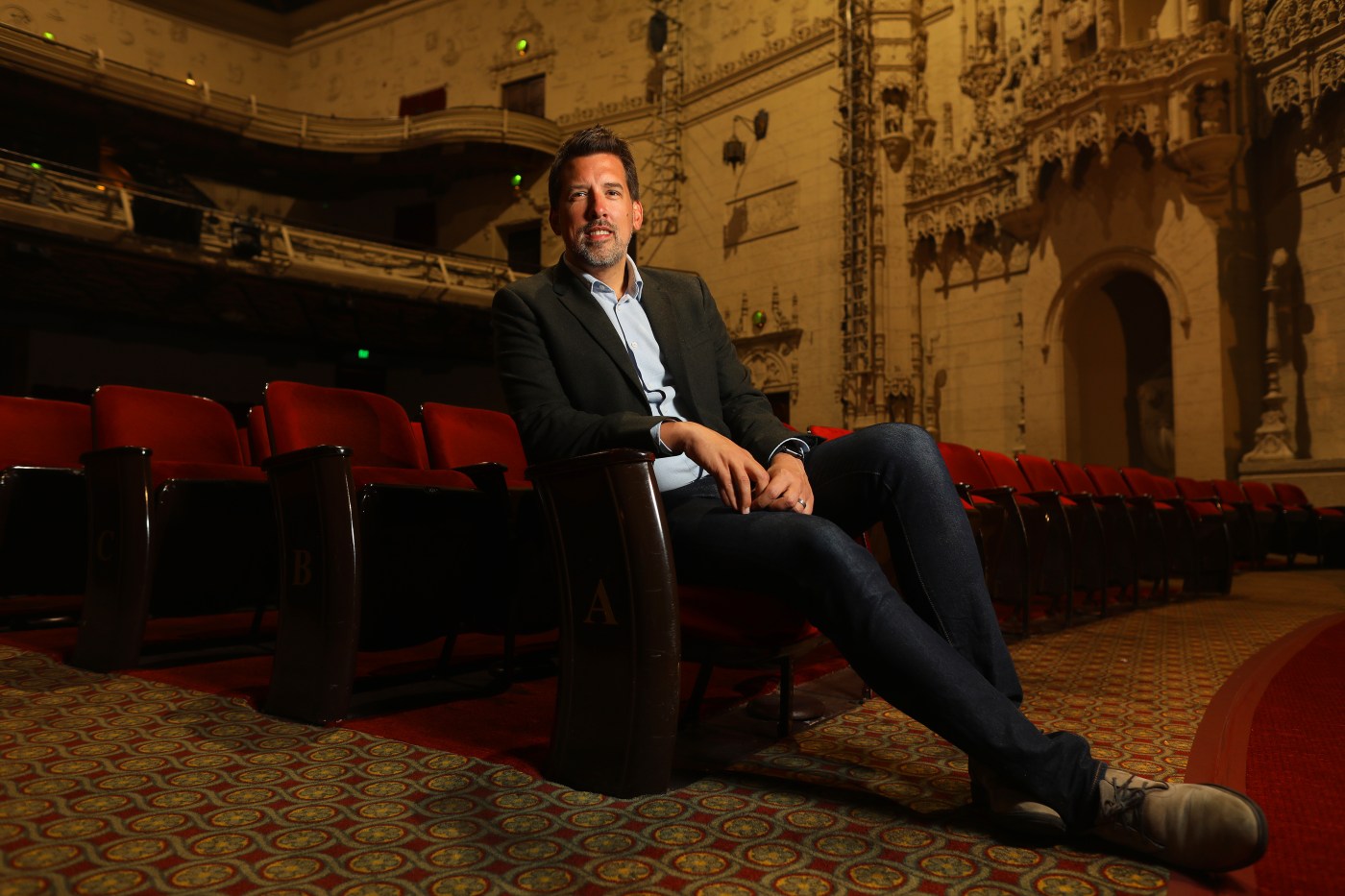 Rainier Koeners left home at the age of 17 and ended up in London to pursue his passion for theater.

Having already done quite a bit of theater work in his hometown of Zoetermeer in the Netherlands during his teen years, Koeners would eventually enroll in the Guildford School of Acting after landing in England.

Yet, it was a non-acting gig — working as an usher at the West End’s famed Piccadilly Theatre — that really pointed him toward his future in the theater world.

“During my time working there, I became aware that it was possible to have a career in theater outside of being an actor and that is when I made up my mind — I wanted to run my own theater,” he says.

The company that employed him at the time was the powerhouse Ambassador Theatre Group (ATG) and he’d steadily work his way up from usher to management at the company.

In 2019, Koeners relocated to San Francisco to be the managing director of the Curran Theatre and oversee the opening of “Harry Potter and the Cursed Child” for ATG. He describes the move as the “best thing that could have happened.”

Two years later, ATG acquired BroadwaySF — which hosts touring Broadway shows at the Orpheum and Golden Gate theaters — and Koeners would serve as managing director for those properties as well.

We recently had the chance to chat with Koeners about all things ATG in the Bay Area.

Q: How would you describe “Harry Potter and the Cursed Child” to someone who has yet to see it?

A: The beautiful part of this play is that you don’t have to be a Harry Potter fan to enjoy it. After all, it was chosen by the Tony voters as best play not only because of its magnificent production values but also because of its universal and very real human themes.

We meet Harry 19 years after we last saw him. He now has a son, Albus, who goes to Hogwarts and the play really is about Albus’ relationship with his dad and his best friend Scorpius. And as you can imagine, a huge adventure ensues with all the magic you expect from the movies happening live on stage in front of your eyes.

So you have this wonderful human story about relationships then it gets matched with some of the most unbelievable scenic elements and special effects ever seen on a stage and, all around, this makes for a pretty spectacular night in the theater.

Q: ATG acquired Orpheum and Golden Gate in 2021. Why did the company believe that those theaters would be good additions to the organization?

A: ATG already owns and operates dozens of venues across the U.K., Germany and the U.S. Most of ATG’s operations to date have been in the U.K., where the corporate office is, but ATG began expanding into North America a few years ago.

I firmly believe that S.F. is a spectacular theater market, probably the best outside of New York. S.F. is also regarded as one of the premier touring markets. So when these theaters came onto the market, we jumped at the opportunity.

Our mission as a company is to bring the best possible shows to as many people as possible, and we feel like we totally lucked out being able to take ownership of these two incredibly important theaters. And I, of course, feel like the luckiest man alive to be heading up ATG’s operation in S.F.

Q: Your time in San Francisco has overlapped with the pandemic. What were those early days like in March 2020 as you were forced to close down the “Harry Potter” play?

A: No one expected the pandemic to close our operations for almost 2 years. We were one of the first industries to shut down and the last to open back up. “Harry Potter” had just opened up and was doing really well. When the pandemic started, we all thought this would blow over within a couple of weeks.

“Harry Potter” was originally conceived as a two-part play and on March 11, we were halfway through Part 1 when the mandate to close was issued. People left with sadness, fear but also hope for returning soon.

We had to lay off our entire staff and all of the actors and crew working on the production. That was heartbreaking, but we had to start fighting for our survival.

We made the commitment that we would keep everyone’s job open for our return and thankfully we were able to do that. It just took way longer than we could ever have predicted.

Q: What was the process of reopening theaters like for you and your staff?

A: There is a reason why the Bay Area did not see the numbers of COVID deaths and infections as some of the rest of the country. It’s because we believe in science, follow the advice of health experts and did not face many of the politically-inflicted barriers to masks.

As a result, our community came out strong on the other end of the pandemic, but understandably we remained — and still are — cautious.  So when we announced we were reopening a large part of our audiences were rearing to go and another large part was — and in some cases still is — not quite ready yet.

And that is OK, the time will come. Our job is to make sure everyone understands that returning to the theater is safe. We follow the medical communities’ and city’s advice really closely, so are always up-to-date on everything we need to do to safely operate our business.

Q: What has the reaction been like from fans who have returned to theaters after the long COVID-dictated break?

A: Our first show returning was “Hamilton” — that had played a 1½-year run at the Orpheum up until the pandemic shut down. During the pandemic, the “Hamilton” set and costumes stayed on our stage untouched from the matinee performed on March 11, 2020.

Our first performance back was quite something. As a thank you, we invited first responders that had been on the front lines not just of healthcare, but also had been on the ground looking after our communities and buildings throughout the pandemic and the reaction was overwhelming.

To say there wasn’t a dry eye in the house — including myself — is not an exaggeration. It had been a long two years.

The moment the show began, the ovation was extended and people — even the cast — were overcome with emotion.

Through the half-dozen productions we’ve had here since that time, we have seen the continuous power of live theater reaching audiences. They are so happy to be back and experience the thrill of live entertainment.

Koeners is a huge dog person. “My Australian Labradoodle Charlie moved from the U.K. to S.F. and loves being the only dog in town with a British Accent,” Koeners says. “I am sure he thinks he is the king of Duboce Park.

He loves being out on the water. “My all-time retirement dream is to own a little boat and take people out whale watching in the Monterey Bay,” he says.

Koeners once worked as a singer on a German Cruise ship in the Caribbean and Mediterranean. He says it was “hard work, but it equally felt like one giant vacation.”

He was never a big sports fan – until he moved to San Francisco. Now, he adores baseball and roots on the Giants.

He loves traveling: “Whether it is camping in 15 degrees in Yellowstone or climbing Haleakala Volcano on Maui, I am always looking for my next new adventure.”