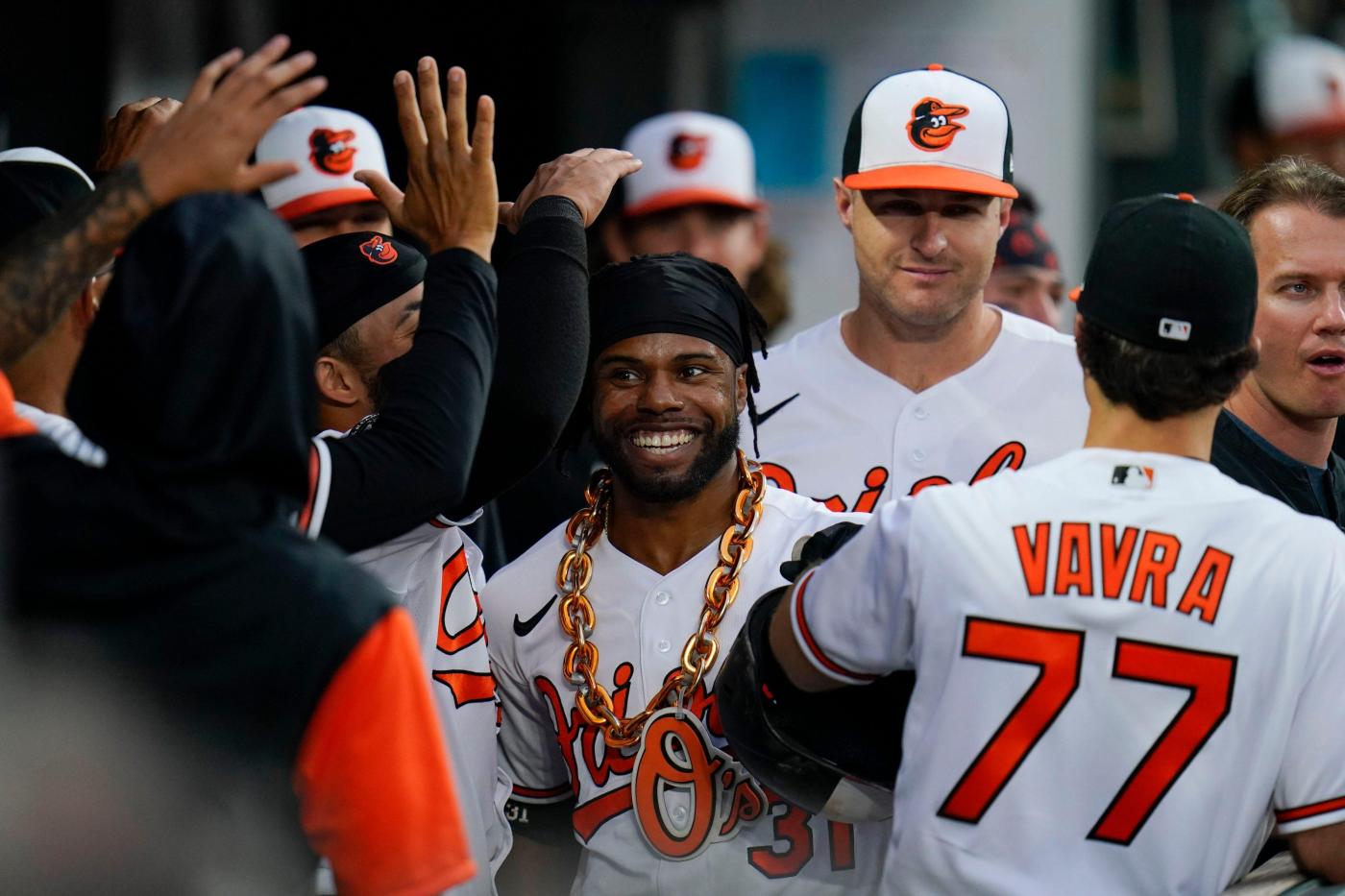 Adley Rutschman pumped his fist and a crowd of soggy but satisfied Orioles fans leaped to their feet in the eighth inning Tuesday night.

Ramón Urías had blasted a two-run, no-doubt home run into left-center field, and though it was just the Orioles’ fourth hit of the game, it gave them a 4-3 lead over the Tampa Bay Rays in a game they’d trailed throughout.

Trey Mancini then drove home Jorge Mateo with a deep sacrifice fly, and All-Star closer Jorge López registered his 19th save to secure a 5-3 victory that lifted the Orioles (49-48) above .500.

The Rays led for the bulk of the game and outhit the Orioles 12 to five, but Baltimore’s hits were more timely and more damaging, as more than half left the park.

The game was never delayed, but it rained lightly Tuesday night at Camden Yards as an announced crowd of 11,307 saw the Orioles win their second straight against the Rays.

For much of the game, though, the Orioles were vexed by American League ERA leader (1.71 entering Tuesday) and Cy Young favorite Shane McClanahan. The Baltimore-born ace spun an impressive performance, allowing just two hits — both solo home runs — while striking out seven in seven innings.

Cedric Mullins hit McClanahan’s first pitch out of the park, but the All-Star left-hander settled down until Anthony Santander added a solo shot of his own with two outs in the fourth. McClanahan sat down the next 10 Orioles hitters and faced only 23 through seven innings, two more than the minimum.

Once he exited after just 81 pitches, though, the Orioles scored three runs against reliever Colin Poche.

Orioles starter Spenser Watkins gave up a career-high 10 hits through 5 1/3 innings, but the Rays managed to score only three runs against him.

Orioles infield prospect Jordan Westburg was hit in the foot during Triple-A Norfolk’s game in Memphis on Tuesday. He was removed to undergo further testing, the Orioles said.