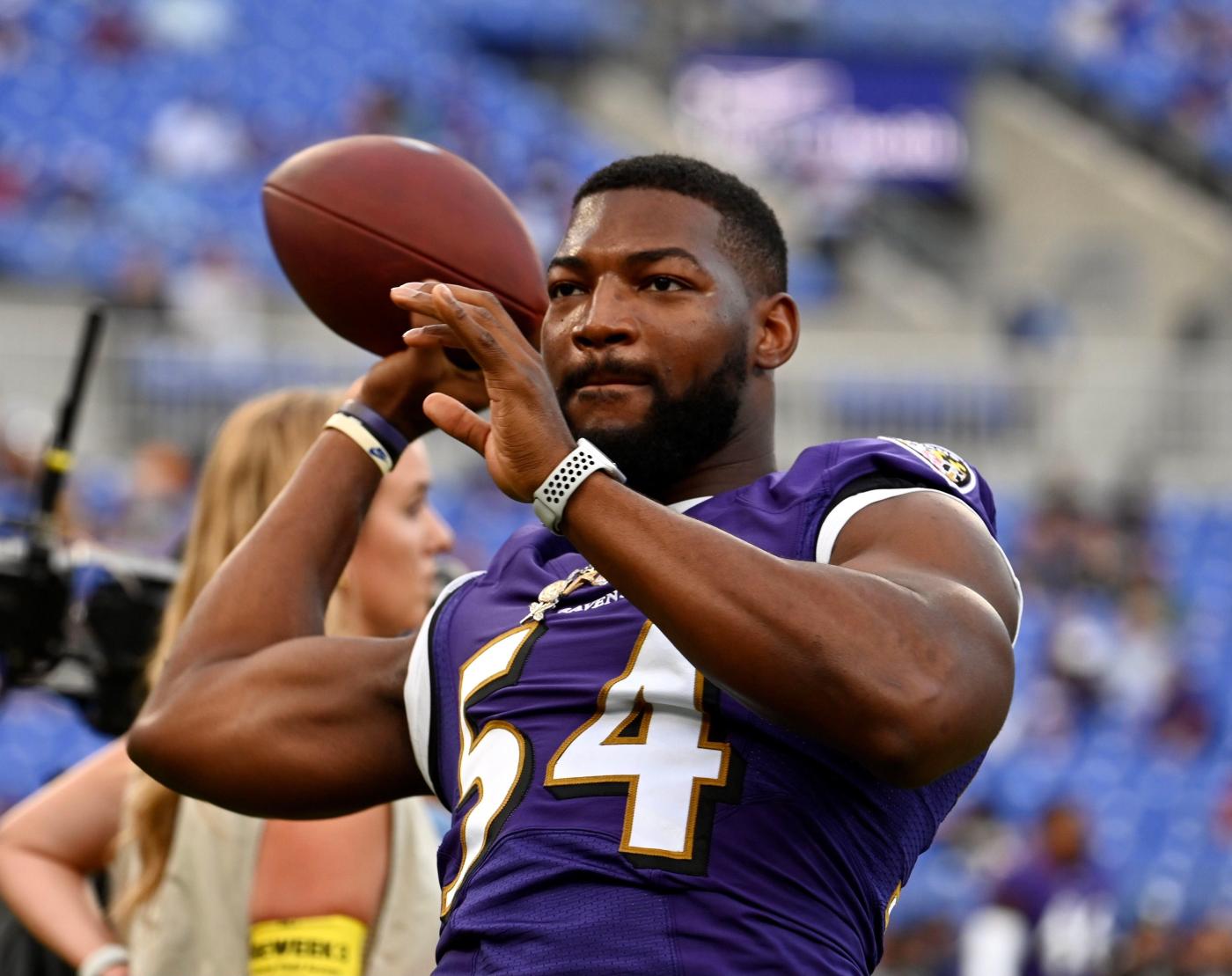 In the last tuneup before the Ravens’ regular-season opener against the New York Jets on Sept. 11, Baltimore extended its NFL-record preseason winning streak to 23 games with a 17-15 victory against the Washington Commanders on Saturday night.

The Ravens were held scoreless in the first quarter as backup quarterback Tyler Huntley only completed two passes for 25 yards on two drives after going 29-for-32 for 238 yards and two touchdowns (118.4 passer rating) in his first two preseason games, but Baltimore provided a much-needed jolt inside M&T Bank Stadium on its first drive of the second.

With the Ravens trailing 3-0, quarterback Anthony Brown launched a 67-yard touchdown pass to newly acquired free-agent wide receiver Demarcus Robinson, who burned a defender on a double move, to give Baltimore a 7-3 advantage with 14:22 on the clock.

Brown then threw a 50-yard pass to wide receiver Binjimen Victor on the first play of the third quarter, setting up a 38-yard field goal by punter-kicker Cameron Dicker, who was signed Friday to give Justin Tucker some rest. Brown finished 14-for-18 for 254 yards and two total touchdowns.

Brown’s 8-yard rushing touchdown midway through the third quarter gave Baltimore a 17-6 lead. However, the Commanders made a last push in the fourth quarter as third-string quarterback Sam Howell threw a 12-yard touchdown pass to running back Reggie Bonnafon. But the Ravens prevented Washington from tying the game with a 2-point conversion, and they stopped the Commanders in their own territory on an ensuing drive to seal their sixth straight undefeated preseason.

Here’s a look at the risers and fallers from Saturday’s game:

After missing two weeks with a foot injury, Linderbaum, a first-round draft pick in April, started in his preseason debut and played the entire first quarter before getting replaced by Patrick Mekari.

The former Iowa standout returned to the field Tuesday after getting injured while blocking on a running play at practice Aug. 5. Linderbaum has been a projected starter since mandatory minicamp and has taken the majority of first-team reps when healthy.

With Linderbaum back and left tackle Ronnie Stanley being cleared to practice, the Ravens are getting closer to seeing their projected starting offensive line on the field.

Robinson, who signed with Baltimore last week, didn’t take long to make a lasting first impression. On second-and-6 early in the second quarter, Brown aired out a deep pass to Robinson, who got behind a Washington defender with a double move and secured the catch before high-stepping into the end zone for a touchdown.

Robinson was all over the stat sheet, finishing with four catches for 135 yards and a touchdown. He caught 13-yard pass with three minutes left in the first half, and after Robinson’s second touchdown was ruled incomplete,he hauled in a 52-yard pass from Brown with 10:31 remaining in the third quarter.

Robinson joined the Ravens after he was surprisingly released from the Las Vegas Raiders in the first round of roster cuts last week. He previously spent the first five seasons of his career with the Kansas City Chiefs, and his best season came in 2020 when he had 45 catches for 464 yards and three touchdowns.

According to Spotrac, Robinson’s one-year, $1 million deal includes $895,000 guaranteed, meaning the Ravens will most likely keep him on the roster for the season. With Rashod Bateman, Devin Duvernay, Tylan Wallace and James Proche II all missing time during training camp, Robinson showed on Saturday that he could push for more playing time or at least serve as a quality backup.

It only took Welch 18 minutes of play to become the Ravens’ preseason sack leader. Late in the first quarter, Welch recorded half of a sack when he and a handful of defensive linemen swarmed Howell for an 11-yard loss. Moments later, Welch blew past the Commanders’ offensive linemen to take down Howell for a 10-yard loss. Welch totaled nine tackles (six solo), 2 1/2 sacks and three quarterback hits.

Welch wasn’t the only inside linebacker who had an impressive performance. Undrafted rookie Josh Ross, who played for defensive coordinator Mike Macdonald at Michigan last season, built off his solid performance in last weekend’s victory over the Arizona Cardinals. Ross, a five-year starter for the Wolverines, posted a team-best 11 tackles (seven solo).

Earlier this month, coach John Harbaugh said he would want to know by the third preseason game who would start at left guard in the season opener. Ben Powers sat out on Saturday, an indication he’s won the starting job over Phillips and Ben Cleveland.

Offensive coordinator Greg Roman said after the first week of training camp that Powers, a 2019 fourth-round draft pick, was leading the competition. Harbaugh said Powers was the “most consistent” of the left guards, having shown steady improvement across the board.

Phillips didn’t help his case during the Ravens’ win over the Cardinals last week, picking up two penalties at guard and one at tackle.

There’s still no clarity as to who might start at running back for Baltimore if J.K. Dobbins can’t play against the Jets. Mike Davis, Nate McCrary and rookie Tyler Badie combined for 10 carries for 20 yards against the Commanders. Davis ran the ball twice for no positive yardage while Badie, the sixth-round pick from Missouri, averaged 2.4 yards on five carries, with his longest run being a 4-yard gain.

Tyus Bowser, still rehabilitating a torn Achilles tendon, will miss at least the team’s first four games after being placed on the reserve/physically-unable-to-perform list Friday, and Saturday showed the Ravens might have some depth concerns at outside linebacker.

Odafe Oweh starred throughout training camp and veteran Justin Houston has been steady, but he’s 33 years old. Behind them is Steven Means, 32 who had three tackles and a half a sack against the Commanders. Meanwhile, Daelin Hayes, who left practice early Tuesday and didn’t return the rest of the week, was sidelined Saturday, and rookie David Ojabo is still recovering from a torn Achilles tendon.

The Ravens might be on the lookout for an outside linebacker after teams trim their rosters to 53 players on Tuesday.