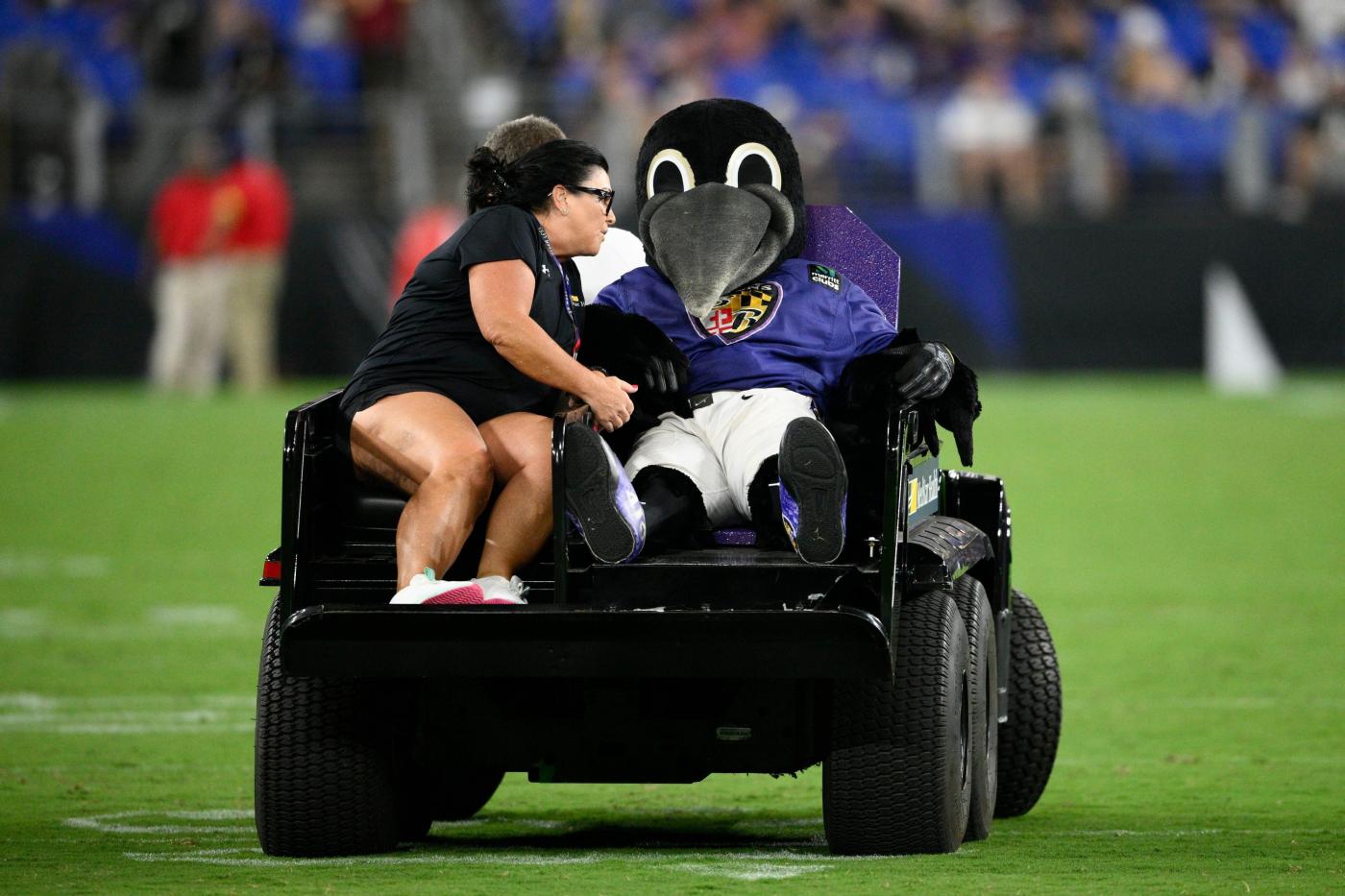 The Ravens have mostly avoided the injury bug that plagued them last season, but the team’s mascot wasn’t so lucky in Saturday night’s preseason finale.

Poe was carted off the field at halftime of the Ravens’ third preseason game against the Washington Commanders at M&T Bank Stadium after suffering an apparent leg injury during a mascot vs. youth football game. The start of the second half was nearly delayed as Poe was attended to by team trainers.

Poe was one of several mascots to compete in an exhibition game against an Amateur Athletic Union team from Baltimore, with the Oriole Bird also making an appearance and catching a touchdown pass. Poe, who played quarterback, was injured while scrambling to his right before being sacked from behind.

Such events are commonplace at NFL stadiums, often resulting in viral clips of mascots barreling over players half their size. Earlier Saturday, Blooper, the Atlanta Braves’ mascot, posted a video of himself running over young defenders at halftime of the Falcons’ preseason game against the Jacksonville Jaguars.

Poe returned to the game in the third quarter, but it was unclear if it was the same Poe that was previously injured.

“Didn’t he come out of the tunnel, à la Willis Reed?” coach John Harbaugh joked after the game, referencing the former New York Knicks star who hobbled back to the floor and inspired the team to a Game 7 win in the 1970 NBA Finals. “Come on, it’s Kid’s Night. It’s Kid’s Night, remember. No updates on that. There will be an MRI tomorrow, I’m sure.”

The Ravens previously had three mascots named Edgar, Allen and Poe to honor the famous writer, whose poem “The Raven” was the inspiration for the team’s name. But Edgar and Allen were retired after the 2008 season, leaving Poe as the lone mascot. According to the team’s website, Poe was “hatched” in 1988, is a 10-time Pro Bowl mascot and has appeared in two national television commercials.