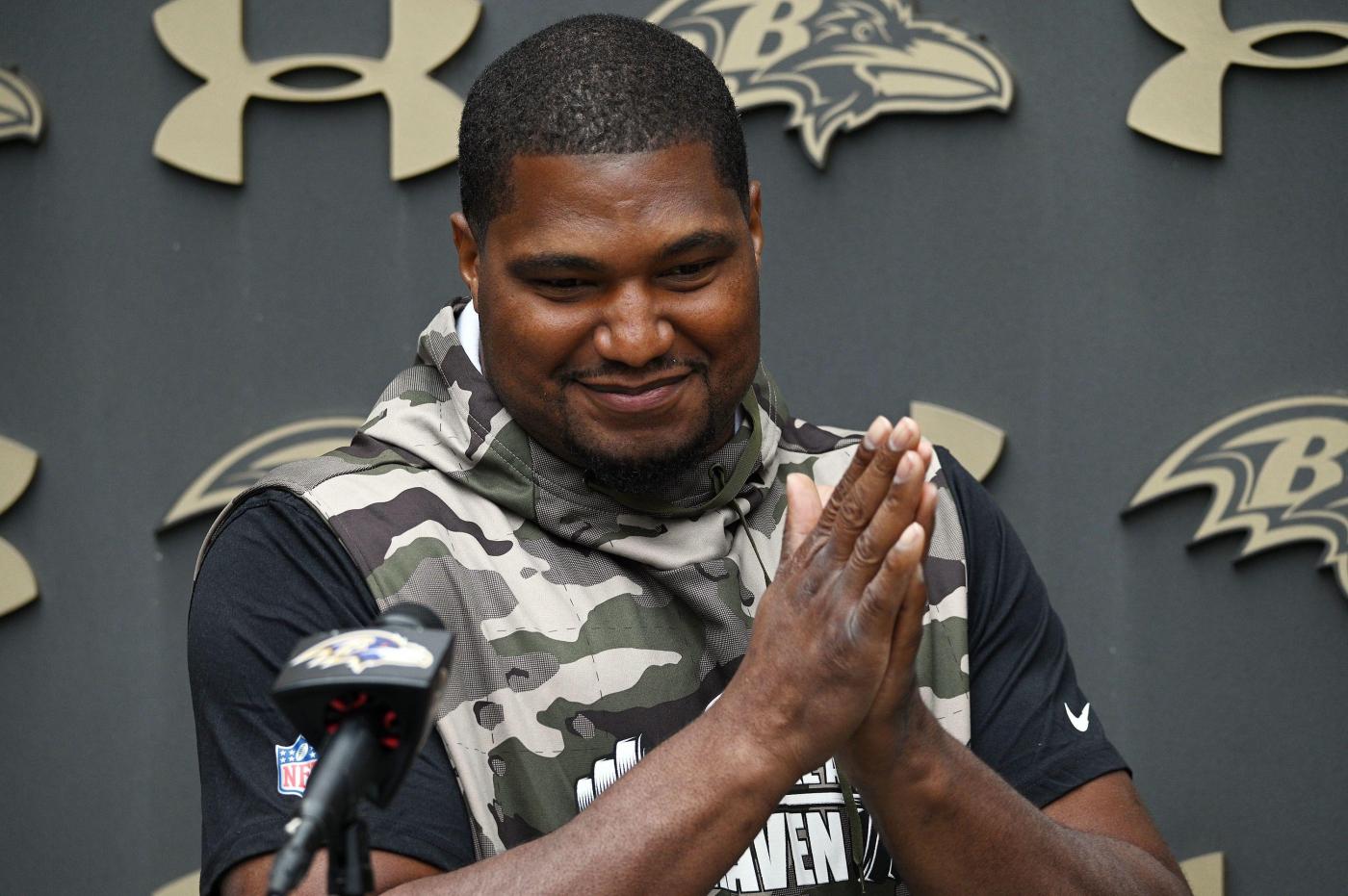 Ravens offensive coordinator Greg Roman has been impressed with quarterback Lamar Jackson so far at training camp — even just shaking his hand.

Jackson is more muscular, and Roman says the 2019 NFL Most Valuable Player looks like a different person. That has extended to his passing, too.

“He’s throwing it better than I’ve ever seen him throw it,” Roman said after Friday’s practice. “He’s really worked hard in the offseason, and its showing.”

Jackson, who’s representing himself in contract negotiations as he enters the final year of his rookie deal, has not thrown an interception in the first three days of practice. He completed his first seven passes in 11-on-11 drills Friday and 12 of 16 in total, though he did not show the same emphasis on downfield throws as he did Thursday.

Jackson also threw a perfect pass to tight end Mark Andrews in tight coverage during a one-on-one matchup against rookie safety Kyle Hamilton. Through the first three days, he’s completed just under 70% of his passes.

Roman said guard Ben Powers has taken the lead in the training camp battle to start at left guard, but he emphasized that it’s early.

“We won’t be too hasty to cast judgement,” Roman said.

Powers, a fourth-year guard, has the most experience, starting 12 games last season and 19 of 30 regular-season games in Baltimore. The 2019 fourth-round draft pick started both of the Ravens’ playoff games in 2020.

Tyre Phillips has been the other main competitor for the starting spot. Phillips, now in his third year after being drafted in the third round in 2020, started five games last season, three fewer than his rookie year.

Ben Cleveland, a third-round pick in 2021, had figured to be part of that competition as well, but he has yet to pass his conditioning test and remains on the nonfootball injury list.

Tight end Nick Boyle missed Friday’s practice after sitting out roughly 30 minutes of Thursday’s session. He spent time talking to trainers and stretching, but eventually came back at the end of practice to run a few plays with the offense. There was no reason given for his absence.

The Ravens announced all 40,000 passes for Saturday’s practice at M&T Bank Stadium have been claimed.