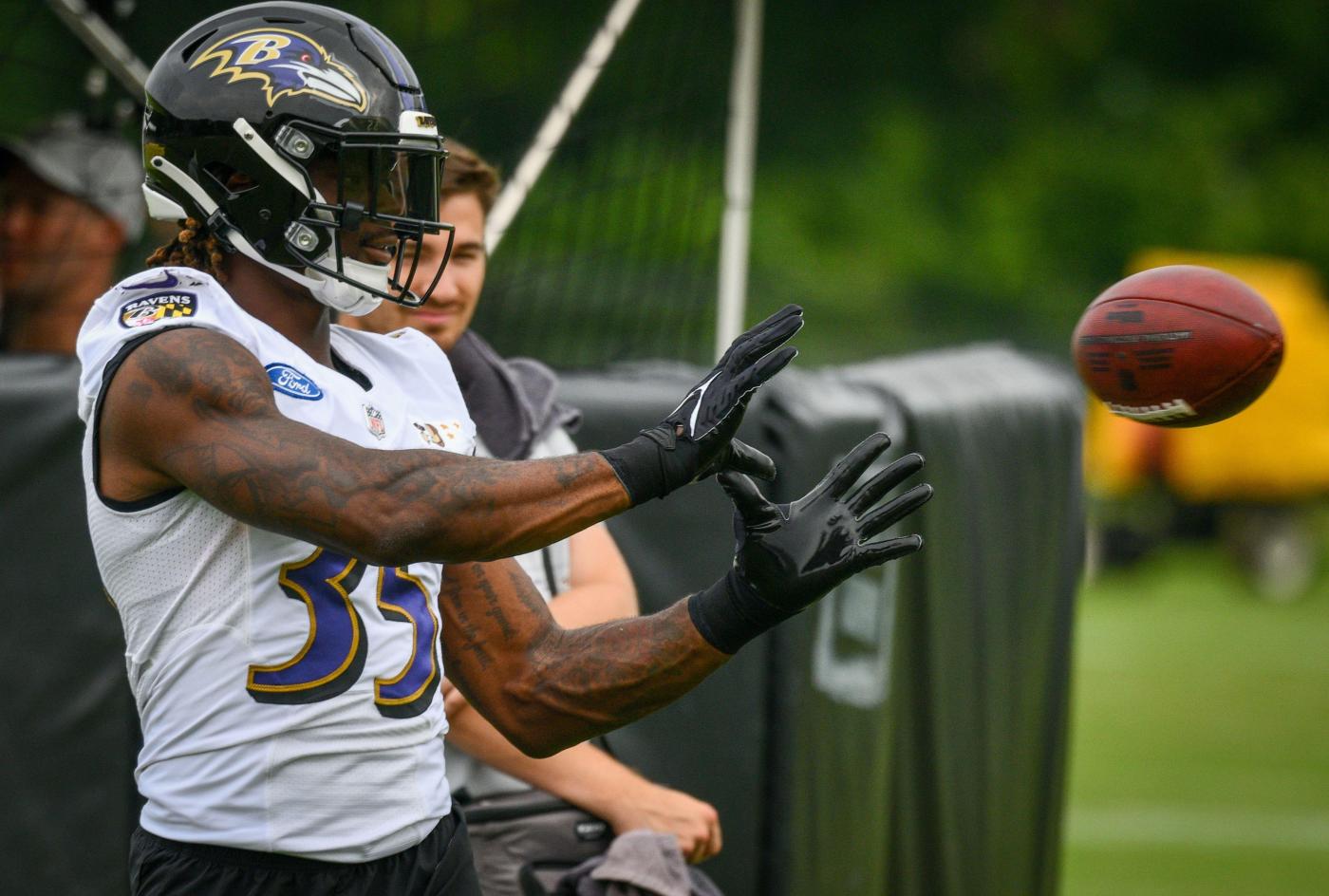 The Ravens have placed running back Gus Edwards on the reserve/physically-unable-to-perform list, sidelining him for at least the first four games of the regular season.

Edwards, who tore his ACL before last season, has yet to be cleared for practice. He was long considered doubtful to play in the Sept. 11 reagular-season opener against the New York Jets, and now his 2022 debut will have to wait until at least the Ravens’ Week 5 game against the Cincinnati Bengals.

Edwards’ timetable for a return is unclear. Coach John Harbaugh told told SiriusXM NFL Radio earlier this month that “before the season’s over, I think he’s going to be roaring and ready to go.”

Edwards has not played since signing a two-year, $10 million contract extension through the 2023 season last summer. Over his first three years in Baltimore, he was among the NFL’s most efficient and powerful runners, averaging 5.2 yards per carry and finishing with at least 700 yards in every season.

Running back J.K. Dobbins, a projected starter who also suffered a season-ending knee injury in the 2021 preseason, returned to practice just over two weeks ago. He did not participate in team drills during the portion of training camp open to media, and Harbaugh last week declined to say whether he’d be available for the season opener.

Veteran Mike Davis started the Ravens’ first two preseason games and could be in line to start against the Jets. Justice Hill, rookie Tyler Badie and Nate McCrary are also on the 80-man roster.

Moore, who spent the past two seasons on the Ravens’ practice squad and impressed early in camp, struggled in the team’s first two preseason games. His release came on the same day the Ravens announced the signing of former Kansas City Chiefs and Las Vegas Raiders wide receiver Demarcus Robinson.