Ravens rookie OT Daniel Faalele, who spent the summer at the team facility, is coming along by ‘leaps and bounds’ – The Mercury News 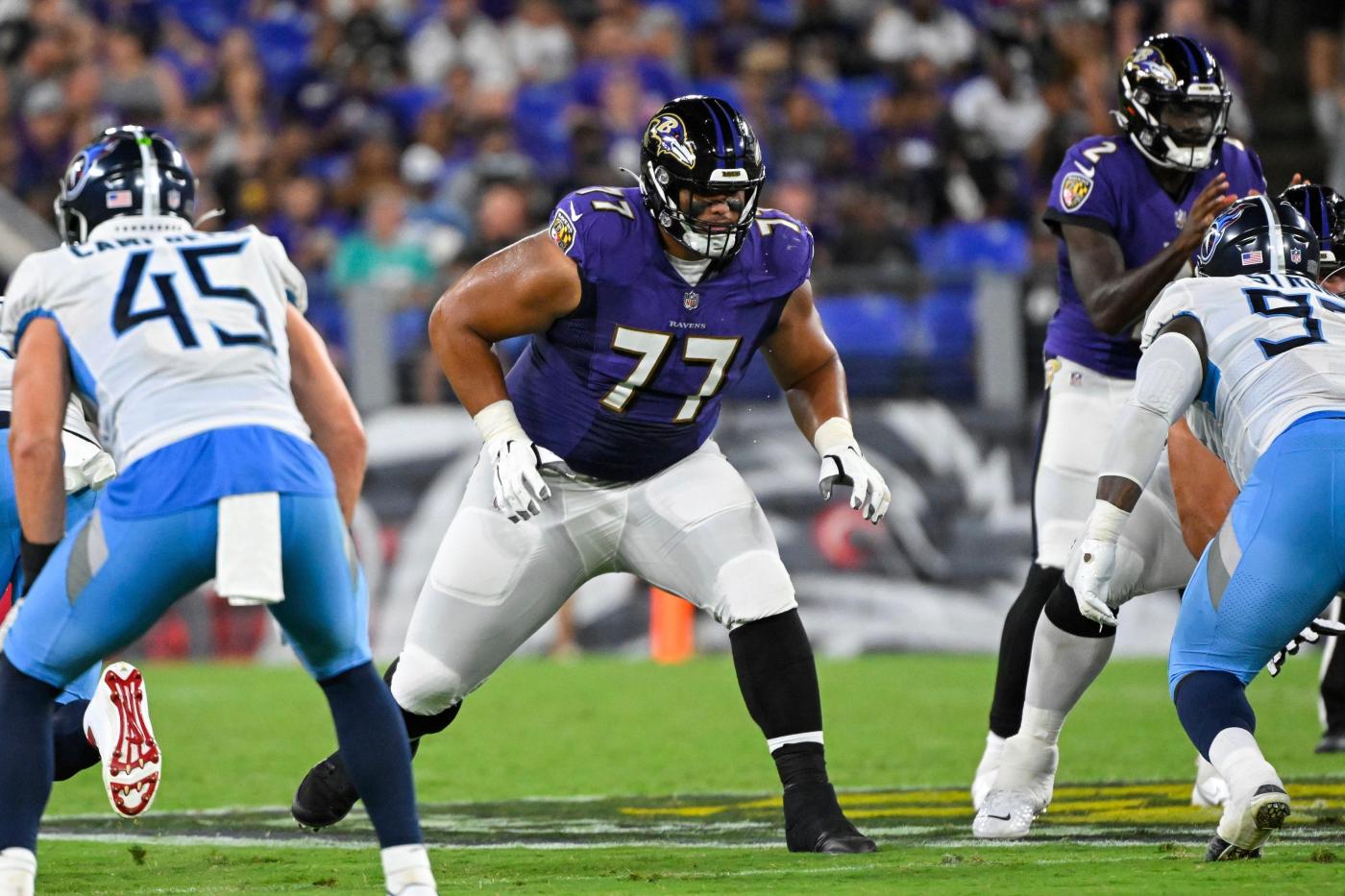 Ravens rookie offensive tackle Daniel Faalele knew the NFL was going to be harder than the college. But one thing he wasn’t prepared for was the Maryland weather.

“I didn’t expect Baltimore to be this humid,” joked Faalele, a fourth-round draft pick in April.

To better handle the grueling summer practices, Faaelele spent the six-week break between mandatory minicamp and training camp at the team’s facility in Owings Mills. The extra preparation appears to have helped the lineman, as offensive coordinator Greg Roman said the former Minnesota standout is coming along by “leaps and bounds.”

“I’m really happy with him,” Roman said. “I think he took a step by staying here after our offseason program and working with our strength and conditioning staff and whatnot here. I really think that allowed him to come into training camp in much better shape, and ready to compete.”

Roman said Faalele’s decision to stay showed maturity and a willingness to compete immediately at the highest level. “An arrow up for him,” he added.

For Faalele, it was a way to show he was committed to himself and his teammates. Although the workouts were tough, he said the work he put in helped him pass the team’s conditioning test at the start of camp.

Faaelele, who grew up in Melbourne, Australia, is an imposing figure. The former rugby player is one of the biggest players in the league, standing at 6 feet 8 and weighing 380 pounds. Some lineman of that size have difficulty bending and adjusting to the speed of the NFL. Roman, however, isn’t worried about that.

“I have to be honest with you, with Daniel, he’s not stiff at all,” Roman said. “He’s very flexible; he bends well. He can play with a flat back for a guy his size, which is fairly remarkable. He has excellent feet. He has to continue to work and learn how to play this game at this level.”

During the Ravens’ 23-10 preseason victory over the Tennessee Titans on Thursday, Faalele crossed a personal milestone by playing in his first NFL game. He said the game and his performance — he played 63 snaps, the second most on the team, and cleared the way for running back Mike Davis to score a 4-yard touchdown in the first quarter — gave him confidence that the work he’s putting in is paying off.

“I was able to get more comfortable with the game and how it flows,” he said.

Faalele mentioned his biggest takeaway from his debut was that he wants to have a lower pad level, especially in the run game. “I felt like I wasn’t using all my strength and power to displace the linemen in combinations and stuff,” he said. “So, [I will] definitely take that moving forward.”

Roman said Faalele is like other rookies, as he still has a lot to learn, but he’s shown so far enough to get Roman excited about his potential within the offensive line.

“When we get him and another one of our big guys double-teaming a three-technique … Warms my heart,” Roman said.