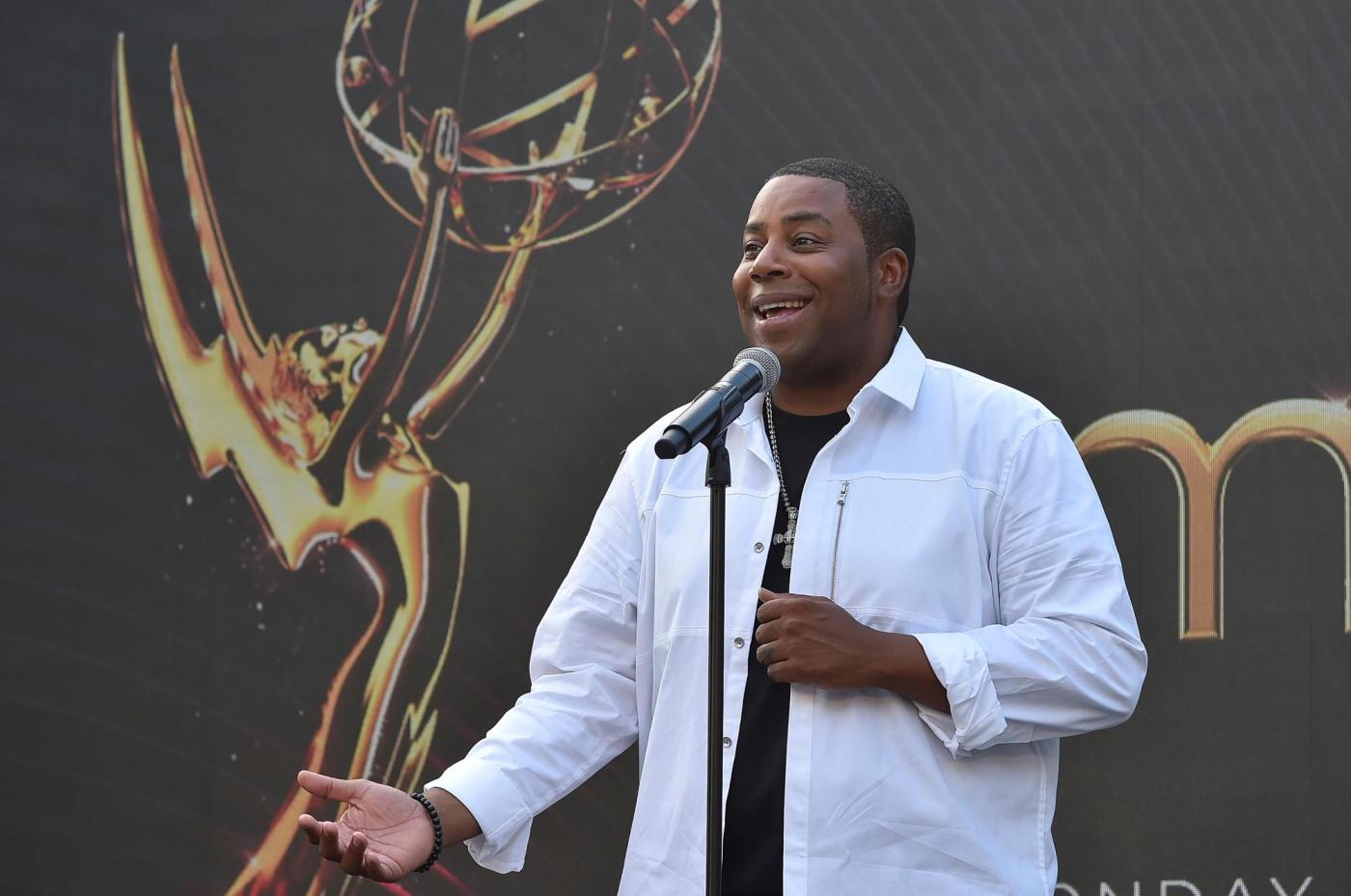 The Apple TV+ series starring Jason Sudeikis as the fish-out-of-water coach of an American football team managing a soccer club in England focused on mental health and its characters’ pain in its second season, and was rewarded for it by Emmy voters.

“Ted Lasso” beat out competitors including “Barry,” “Hacks,” “Curb Your Enthusiasm,” “The Marvelous Mrs. Maisel,” “Abbot Elementary,” “Only Murders in The Building,” and “What We Do in the Shadows.”

THIS IS A BREAKING NEWS UPDATE. AP’s earlier story follows below.

Zendaya, Jason Sudeikis and Jean Smart were repeat winners at the Emmy Awards on Monday as the ceremony also honored several first-time winners, including Lizzo, Lee Jung-jae of “Squid Game” and Quinta Brunson and Sheryl Lee Ralph of “Abbott Elementary.”

“Thanks for making such a safe space to make this very difficult show,” said Zendaya, a two-time winner for “Euphoria,” the drama series about teens and their tough coming-of-age.

“My greatest wish for “Euphoria’ was that it could help heal people. Thank you for everyone who has shared your story with me. I carry them with me, and I carry them with” her character, Rue, as well, Zendaya said.

“Thanks to the people who watch this show and dig it as much as we dig making it,” he said.

Ralph stopped the Emmy Awards show by accepting the best supporting actress comedy award for “Abbott Elementary” with a brief but rousing song of affirmation.

“I am an endangered species, but I sing no victim song. I am a woman, I am an artist and I know where my voice belongs,” she belted out. She then encouraged anyone doubting their dream “I am here to tell you this is what believing looks like.”

The audience, including Lizzo and many of television’s biggest stars, leapt to their feet to cheer on Ralph.

When Lizzo herself accepted the award for best-competition series trophy for “Lizzo’s Watch Out for the Big Grrrls,” she offered another emotional pep talk.

“When I was a little girl, all I wanted to see was me in the media. Someone fat like me, Black like me, beautiful like me,” the music artist said.

“It’s such a a pleasure and privilege for me to play this bonkers gift of a role in this wonderful show,” Macfadyen said in accepting the trophy for his role as a scheming member of a media empire family.

Garner was among the winners who took advantage of covering all bases by thanking her husband and others in an on-screen message.

Host Kenan Thompson kicked off the Emmys with a tribute to TV, dismissing Tik-Tok as “tiny vertical television,” and a musical number saluting series’ theme songs from “Friends” to “The Brady Bunch” to “Game of Thrones.”

Once the music stopped, Thompson provided a mic drop moment — announcing Oprah Winfrey as the first presenter. Winfrey strutted onto the stage holding an Emmy statuette, declaring the night “a party!” The night’s first award went to Michael Keaton for his role in “Dopesick.” Winfrey and Keaton hugged before she handed him his trophy.

“It means something,” Keaton said of the award for playing a caring doctor ensnared with his patients by addiction. He went on to recall the “magic” of being introduced to TV when his dad won a set at a raffle and thanked his parents for not mocking his youthful attempts at acting.

Amanda Seyfried earned the limited-series lead actress trophy for “The Dropout,” in which she played ill-fated Silicon Valley whiz kid Elizabeth Holmes. She thanked a list of family and colleagues and even her dog, Finn.

Murray Bartlett won the best supporting actor award for limited series of “The White Lotus,” a tragicomedy set in a Hawaii resort. Jennifer Coolidge, who won best supporting actress honors for the show, delighted the audience by shimmying to the music intended to cut off her acceptance speech.

“Good night, everybody. I’ma go home. I’m not like a sore winner, but I’m going to go home because I can’t top this right now,” an overcome Carmichael told the audience.

The vibrant start to Monday’s show was very different from the best drama contenders include the violently dystopian “Squid Game,” bleak workplace satire “Severance” and “Succession,” about a powerful and cutthroat family. Even comedy nominee “Ted Lasso,” the defending champ, took a storytelling dark turn.

The Emmys are airing live on NBC and streaming on Peacock.

Early arrivals on the show’s gold carpet struck a fun, upbeat tone despite temperatures being in the 80s with unseasonable humidity in downtown Los Angeles. Glamour was back with some metallic sparkle and lots of bright color as an otherworldly Britt Lower, Old Hollywood Elle Fanning and their fellow stars posed for photographers.

Although HBO’s “Succession,” which won the best drama series award in 2020, and “Ted Lasso” from Apple TV+ are considered the frontrunners for top series honors, there’s potential for surprises. Netflix’s “Squid Game,” a global sensation, would be the first non-English language drama series to win an Emmy.

On the comedy side, ABC’s acclaimed newcomer “Abbott Elementary” could become the first broadcast show to win the best comedy award since the network’s “Modern Family” in 2014. It’s also among the few contenders this year, along with “Squid Game,” to field a substantial number of nominees of color.

“The Crown,” last year’s big winner, wasn’t in the running this time because it sat out the Emmys eligibility period. The dramatized account of Queen Elizabeth’s reign and family life will return for its fifth season in November, as Britain mourns the loss of its longest-serving monarch who died Thursday at age 96.

For more on this year’s Emmy Awards, visit: www.apnews.com/EmmyAwards