Richmond police chief made ‘threat of harm,’ probe found, but returned to work 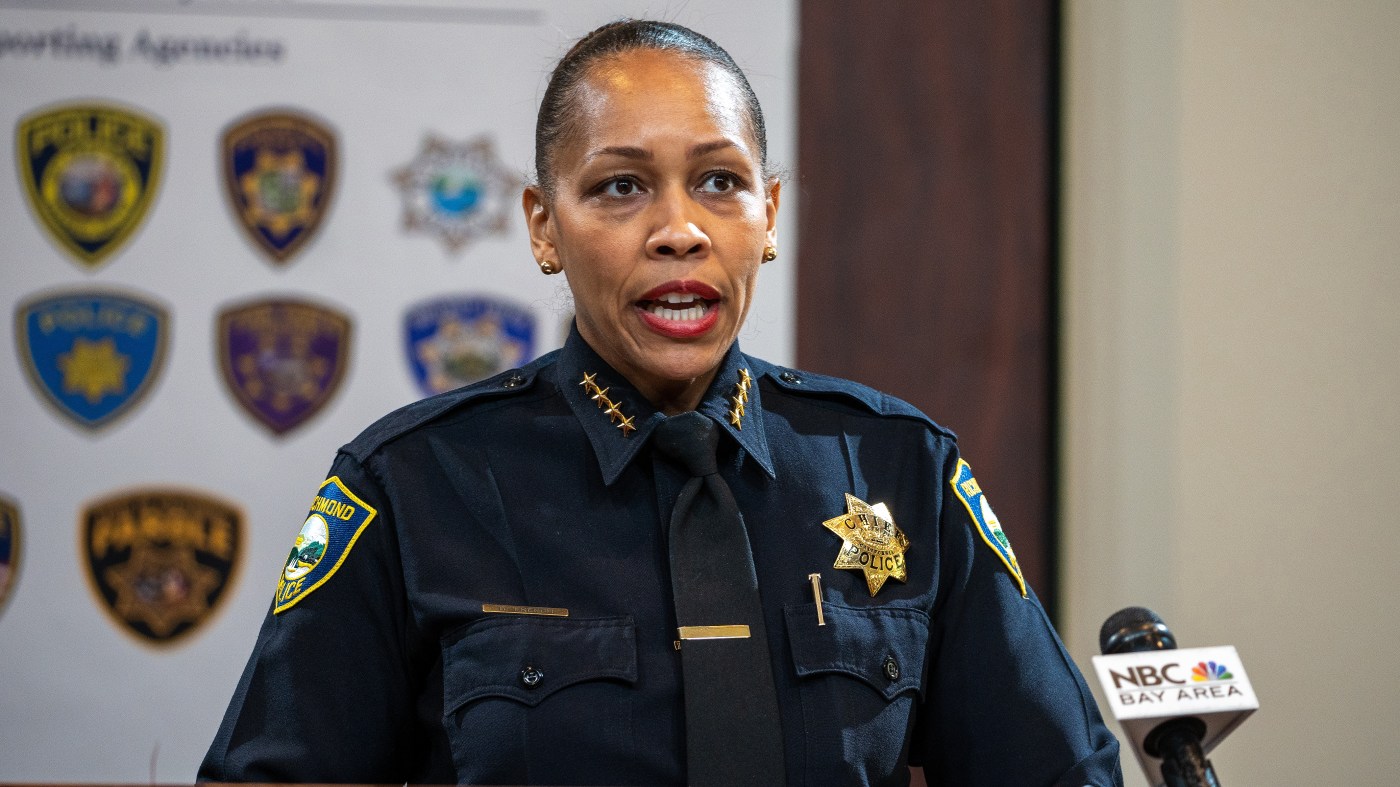 Richmond brought its suspended police chief, Bisa French, back to work last week even though a hired investigator concluded she committed misconduct during a dispute with a family member by making “a threat of harm,” among other infractions.

According to a letter written by acting Chief Louie Tirona, who ran the department during French’s leave, the city took “appropriate action” in light of the misconduct finding. But the letter doesn’t specify what action was taken, and Richmond city officials did not return phone calls seeking additional information.

French had been on leave since October 2021 following a series of misconduct allegations made by the family member; the city announced her return to its own workforce, though not publicly, on July 15.

Tirona’s letter revealed that an investigation, conducted by attorney Leslie Ellis at the city of Richmond’s behest, sustained allegations that French threatened to harm a man she believed was her 18-year-old family member’s pimp, but who the relative maintains was her boyfriend. French also took the family member’s cell phone and opened an envelope containing her bank statement, the investigation found, also classifying those actions as misconduct.

Several other misconduct allegations were not sustained, were deemed unfounded, or French was exonerated, the letter said. It included no additional details about the allegations or the findings.

A “sustained” finding “means the investigation disclosed sufficient evidence to establish that the act occurred and that it constituted misconduct,” Tirona wrote.

Tirona’s letter is dated July 16, the day after French’s return was announced. French had been on leave since October 2021, when her family member accused French and her husband, Oakland police Sgt. Lee French, of using “police holds” and other violence against her. The relative also alleged that the pair had threatened her and her boyfriend, 34-year-old Napa resident Joe Goldman, and kept her at a home in Contra Costa County against her will.

“I am worried (Bisa and Lee French) will go through with (their threats),” the family member wrote in a request for a stay-away order filed last October. The Frenchs did not contest the request for an order.

The Oakland Police Department’s internal investigation into Lee French’s role in the incidents is ongoing. He remains on administrative leave.

Earlier this year, both the Solano and Contra Costa district attorneys’ offices declined to charge Bisa and Lee French with criminal wrongdoing, including allegations that they made threats to people in both counties.

Contra Costa Chief Assistant District Attorney Simon O’Connell cited “conflicting accounts between the involved (parties), each of whom present as reliable historians regarding dynamic family meeting” in a letter explaining the decision. “With no physical evidence, the occurrence of the incident rests solely upon verbal accounts given.”

Mike Rains, an attorney for the Frenchs, denied the allegations but said the Frenchs lived through a “nightmare” of trying to get their loved one away from a “despicable human being” who was trafficking her. Goldman, who also goes by Ojo McNair and Oho McNair, was charged with pimping the Frenchs’ relative last year, but the count was thrown out at a preliminary hearing.

Rains said the initial complaint against Bisa French “involved 14 separate allegations, virtually all of which were found to be entirely false.

“Chief French was completely honest in discussing her interactions. … While the Chief’s expressions … about her strong dislike of Mr. Goldman were strongly worded, there was never a threat of harm made by the Chief to Mr. Goldman, and the investigation established that.”

Mayor Tom Butt, reached by phone Friday morning, said he hadn’t seen the letter yet. Earlier in the week, Butt had said he was pleased that French returned to work and welcomed her back.

French’s return to work was announced the same day a Solano County judge threw out a restraining order against her, filed by Goldman, which prevented French from carrying firearms. The case file was not immediately available.

Councilmember at-large Demnlus Johnson III said he hadn’t seen the report either, but offered strong support for the chief, calling her “one of the most forward-thinking police chiefs that this city has ever had.” Johnson said he may “adjust his feelings” if it became clear to him that French acted improperly.

“This isn’t a cut-and-dried matter, and I feel as though that anyone who tries to display it as such isn’t looking at the totality of the situation in terms of the players involved and the roles that they play,” Johnson said Friday in an interview. He later added, “I don’t know anybody, officer or not, who wouldn’t have some type of feelings toward this situation had it been their family member.”

In his email announcing French’s return, Tirona said the “process has concluded and has been resolved.

“I appreciate everyone’s continued dedication to duty and professionalism during this process; I would have expected no less from the team that makes up the finest law enforcement organization in the region.”