Rodón takes out anger on teammates as SF Giants drop below .500 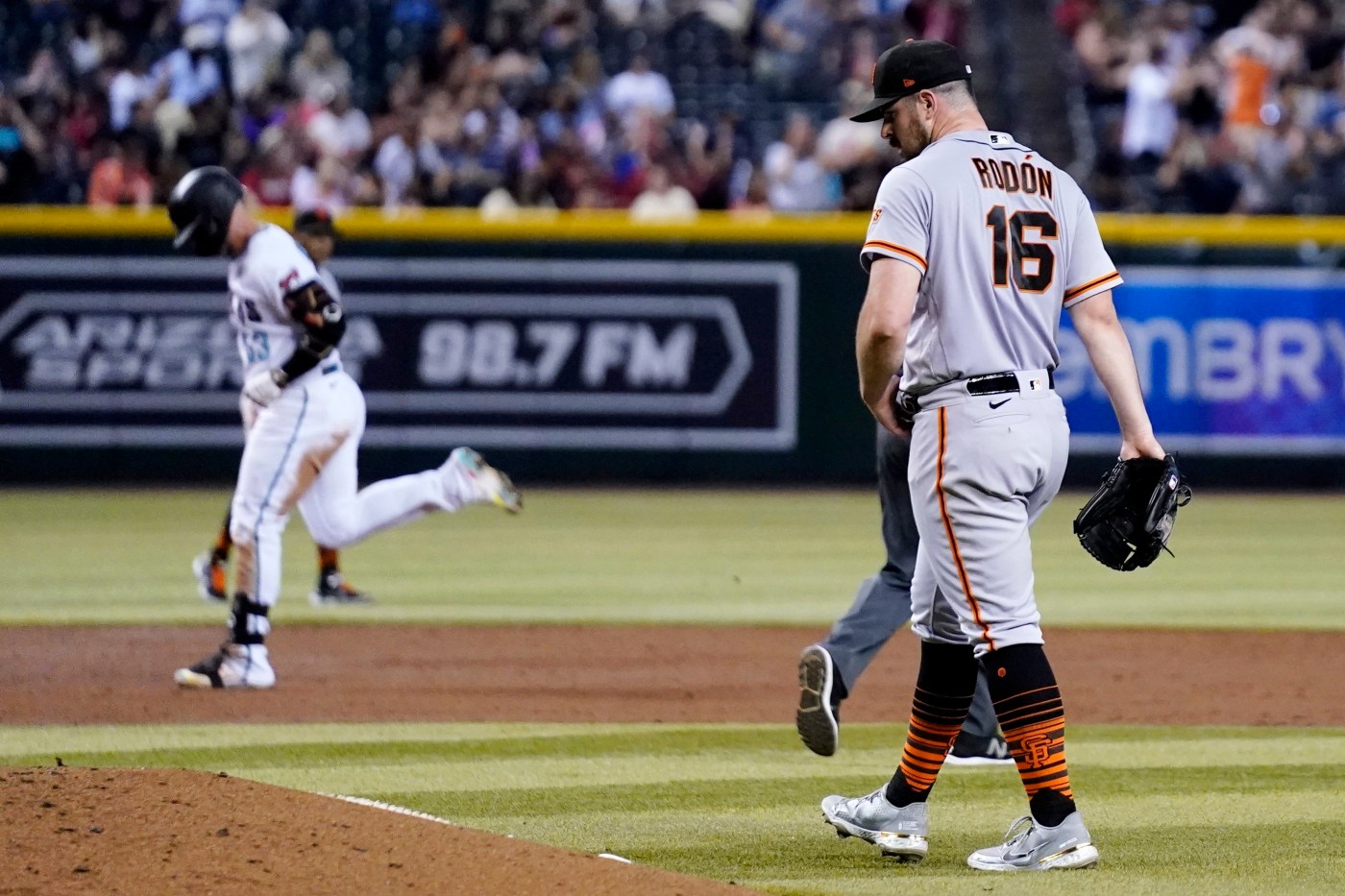 PHOENIX — On the night the Giants fell below .500 for the first time in two years, Carlos Rodón was out for vengeance. The unwitting victims just happened to be his teammates, rather than the Diamondbacks.

Upset after allowing the first of two home runs, Rodón returned to the dugout at the conclusion of the second inning and slammed his glove on the bench three times. Pitching coach Andrew Bailey needed to dodge out of the way to avoid the backswing. Not so fortunate was Thairo Estrada, who was on the receiving end of a bat Rodón unleashed into with his right leg after completing another inning.

Unclear what stung more: the wood bat to the shin, or the 7-3 loss to the D-backs, which sunk them below .500 for the first time since the end of the 2020 season, extended their losing streak to six games and guaranteed their second straight series loss to start the second half.

It was an odd night for Rodón even absent the blowups in the dugout.

He struck out 10 and allowed three hits over six innings, which looks pretty good, right? Except for the fact that he also walked two and hit a batter, and two of those hits were home runs that drove in all of the free base runners.

For the second straight start, Rodón was tagged for five runs after allowing more than three only twice in his previous 18 outings this season. The damage coming on a pair of dingers was even more strange: Rodón was allowing homers at the lowest rate of any starter in the majors this season (0.41 per nine innings) and had gone nearly a calendar year since allowing more than one in a start (last: July 29, 2021).

But third baseman Sergio Alcantara turned on a 1-2 fastball in the third that barely cleared the left-field wall and brought home the first of Rodón walks, and Christian Walker sent a first-pitch fastball a little further into the left-field seats for a three-run shot that broke a 2-2 tie, after Rodón issued a leadoff walk and hit the next batter.

Wilmer Flores, who was here five hours before first pitch taking early batting practice, launched a two-run shot to left field in the third that momentarily tied the game at 2. Driving home Luis González after one of his two singles, Flores increased his team-leading RBI count to 53, only six away from matching his career high for a season.

It was a painful night for Estrada, who took a 94-mph fastball off his left shoulder only moments after the bat Rodón kicked went flying into his right shin. After reaching base, Estrada was driven home by a well-hit Brandon Belt double. In the dugout, Estrada fell to the ground when he was hit by the bat. While Rodón appeared remorseful, Flores looked and him and threw his arms up in disgrace.

The act might as well have been a symbol for the entire season: self-inflicted wounds doing in the Giants.

Within the past month, the club has two separate streaks of at least six straight losses. A defeat Wednesday would lock in a winless road trip to open the second half and also match the seven straight losses that came between June 29 and July 5. Since climbing a season-best 10 games over .500 on June 18, the Giants have gone 11-21 (.344) and given president of baseball operations little reason to invest in this group, with the Aug. 2 trade deadline looming a week away.

By falling below .500, the Giants snapped the majors’ longest active streak without a losing record. The sun will rise Wednesday, and it will mark the first day the Giants have begun with a losing record since April 6, 2021.