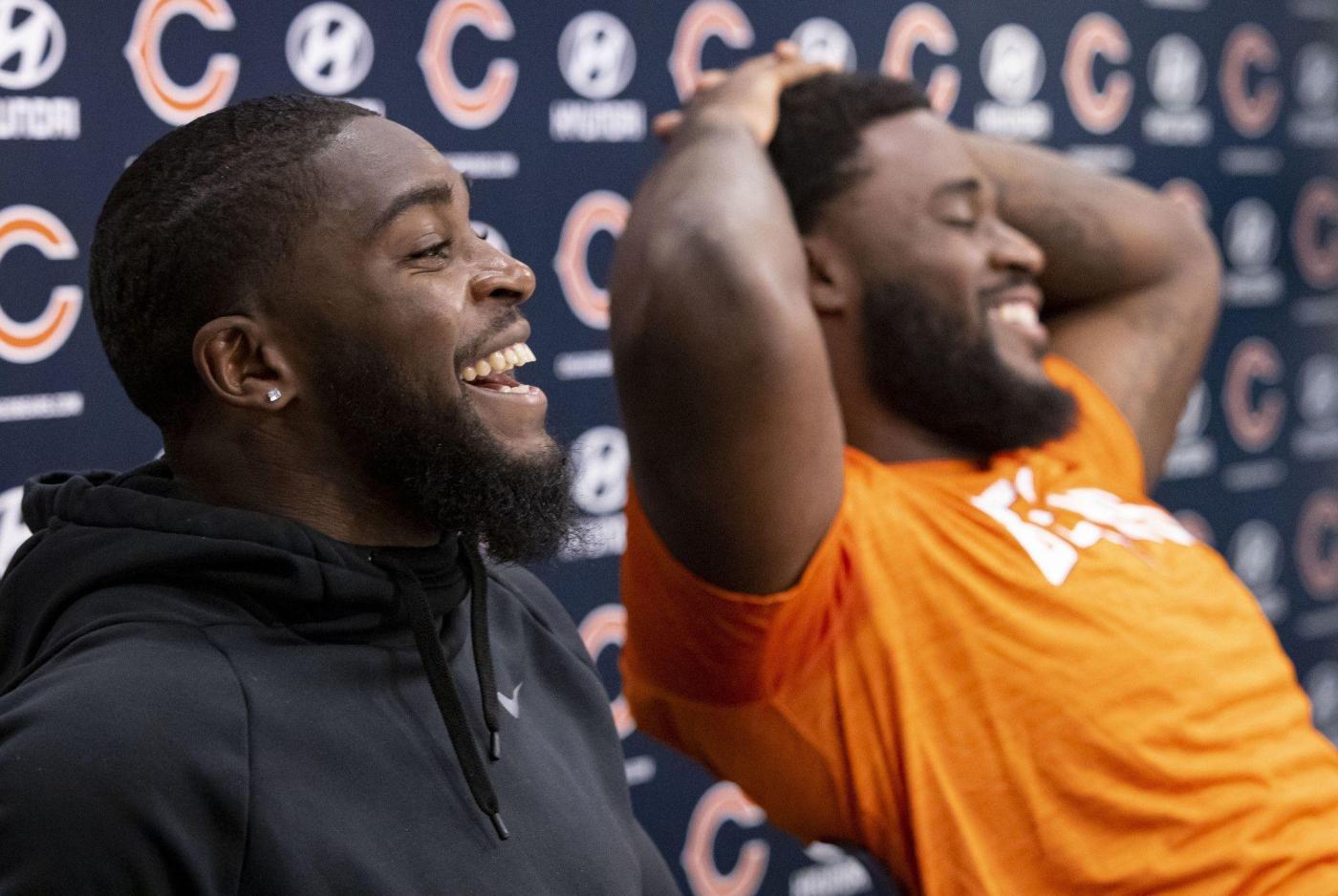 When Chicago Bears general manager Ryan Poles sat down for the obligatory stage-setting news conference of training camp Tuesday morning, he still hadn’t crossed paths with standout linebacker Roquan Smith. Poles had been told Smith checked into camp. But beyond that?

Well, let’s just say whatever Poles knew about Smith’s contract dissatisfaction or plans to address it differed from what the GM was willing to talk about publicly. On a dais inside Halas Hall and in front of cameras livestreaming the back-and-forth with reporters via the Bears’ own channels, Poles chose an evasive route. He mentioned Smith in his opening statement, but briefly and only to say that he loved the linebacker as a player and a person but wasn’t going to talk about Smith’s contract status.

During an ensuing barrage of questions, Poles still couldn’t — or wouldn’t — offer much.

Had Smith communicated directly with anyone in the organization about how he planned to approach training camp after a Monday report from NFL Network indicated he might not participate in practices due to contract frustrations?

“I’m not going to get into that situation at this time,” Poles said.

Was Poles hopeful Smith would join his teammates on the field for the Bears’ first practice Wednesday morning?

“Yeah,” he said. “That’s our expectation of everybody — to show up and get better and put the time in.”

But what if Smith defies that and begins camp as a hold-in by boycotting practices?

“I don’t know what his intentions are,” Poles said. “I know he has checked in (to camp). And we’re going to take it from there and gather information and take this one step at a time. That’s all I can do.”

In the meantime, an anxious Bears fan base waits and looks for clues without any comment to this point from Smith, who was not made available to reporters Tuesday.

Smith is entering the fifth and final year of his rookie contract and will make $9.325 million in base salary this season. Still, as a two-time, All-Pro linebacker who continues to ascend, Smith wants an extension beyond 2022 before the regular season arrives and would love to be paid as one of the league’s best defenders.

Some NFL insiders have made an educated guess that Smith may be aiming to cash in with a new deal in the ballpark of $100 million over five years. But who knows what exactly Smith is seeking. Or how much Poles, a first-time GM refurbishing a Bears roster full of holes, will be willing to invest.

“I’m not going to get into the contract piece,” Poles said. “But like I’ve said about him, nothing has changed from my end in terms of how I feel about the player and what he can bring to this team.”

As of this spring, Smith was without agent representation. Asked Tuesday if that was still the case, Poles couldn’t find a direct answer. “Ummm … You’ll have to … Yeah. I’m not going to talk about that,” he said.

But wouldn’t that be a complicating factor in an already tangled situation if Smith was still without a point person to handle contract talks?

“If a player didn’t have an agent, it would be a different situation than if they did,” Poles said.

The vagueness was notable.

The next step, of course, is to hear from the 25-year-old linebacker and get a clearer indication of what is going on and how he hopes the situation will resolve itself.

Asked what the Bears defense would be missing without Smith practicing, Johnson straightened up and smiled.

“(Expletive), our leader,” he said. “I mean you all know who Roquan is and what he means to the team. But at the end of the day, somebody has to fill that gap.”

Bears coach Matt Eberflus, meanwhile, again heaped praise on Smith’s skill set and leadership traits but also indicated he would make necessary adjustments if Smith chose not to practice for the foreseeable future.

“I’ll cross that bridge when we get to it,” he said.

The Bears may have a similar issue brewing with defensive end Robert Quinn, whose 18½ sacks last season set a franchise record. Quinn was absent from mandatory minicamp last month and fined accordingly. There’s buzz within league circles he would prefer to be traded rather than spend his 12th NFL season as part of a major rebuilding effort. But like Smith, Quinn reported to camp on time Tuesday. And like Smith, he hasn’t expressed any of his desires publicly.

Poles hasn’t had any direct indication Quinn is lobbying to be dealt.

“I haven’t had that conversation with him,” Poles said. “I would hope that he wants to be here.”

The Bears will hit the practice field at 10 a.m. Wednesday and have four practices this week before their first mandatory day off on Sunday.

So much is fluid with a team that has been overhauled since January. But the statuses of Smith and Quinn will remain front-burner issues and challenges for Poles to tackle however he sees fit.