The wife of rugby league legend Mario Fenech has revealed that he would come home ‘p***** off’ after being continuously mocked on the NRL Footy Show in the wake of his very public battle with early onset dementia.

The 60-year-old is one of the most popular figures in the sport, but the former Rabbitohs icon’s wife Rebecca Fenech has revealed that he was resentful for always being the butt of jokes on the long-running program. 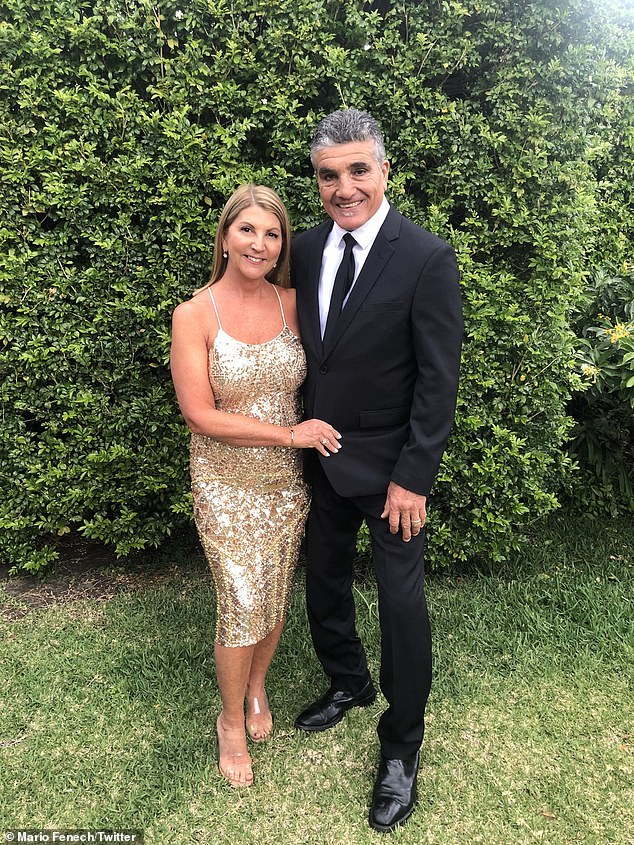 Mario Fenech pictured with wife Rebecca – who has revealed her husband was resentful about continual ribbing on The Footy Show. The footy legend was diagnosed with early onset dementia at age 53 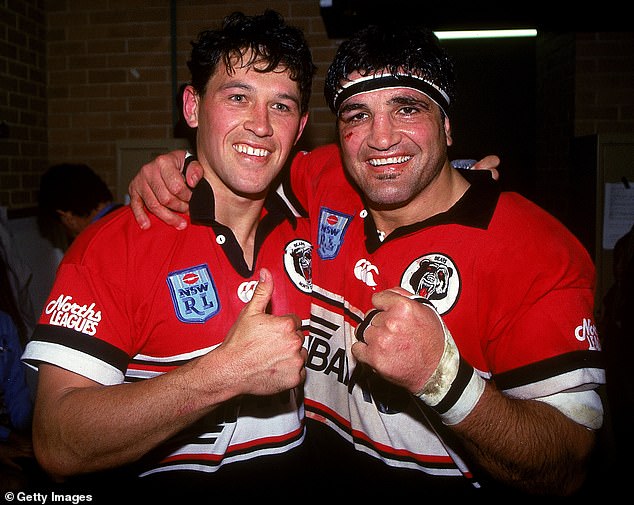 Fenech had a lengthy career in the NRL in the 1980s and 1990s – captaining the South Sydney Rabbitohs for five season. He also played 82 games for the North Sydney Bears (pictured above) and 11 games for the South Qld Crushers

Fenech, who was diagnosed with early onset dementia seven years ago at age 53, was treated by the Channel 9 show as comedic figure and an object of ridicule.

Mrs Fenech said the show continued to make fun of her husband despite having full awareness of his devastating condition.

‘They [The Footy Show] took the mickey out of him where, really, he’s a very intelligent man – but that’s the way it rolled,’ Mrs Fenech told Channel 7.

‘He wasn’t a boy’s boy because he didn’t gamble, he didn’t go and have a beer after the show. So I suppose it isolated him a little bit from those people.’ 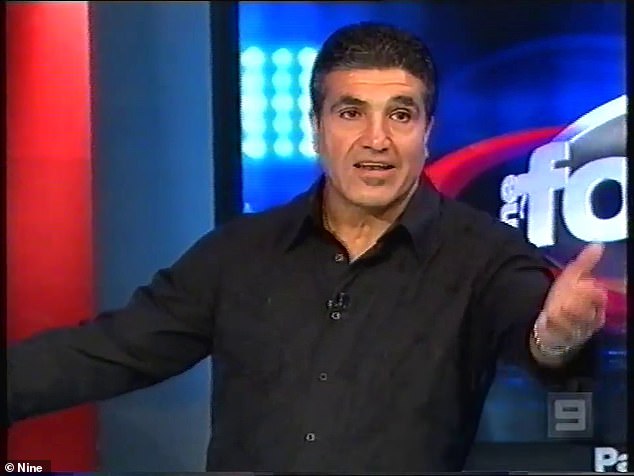 Fenech didn’t like being constantly mocked on The Footy Show

Mrs Fenech said her husband would return home from the show upset and that Fenech’s  parents ‘certainly weren’t’ comfortable with the way their son was portrayed on the show.

She said that Fenech’s condition has been no secret with everyone being aware of his deteriorating state for some time.

‘I mean, there’s been whispers around for a long time,’ she said.

‘They know, they saw his decline obviously in The Footy Show as well.

‘It just hasn’t been talked about, it’s silent.’

Mrs Fenech believes that the 275 NRL games her husband played have taken an irreversible toll on his brain.

Fenech’s condition has deteriorated to the point where he has nearly no memory left at all, and it will not be long before the former footy star needs full-time care.

Mrs Fenech dubs the condition the ‘silent, lonely killer’ and has come forth to speak about it for all other sufferers and families ‘and for future generations of children who love rugby league’. 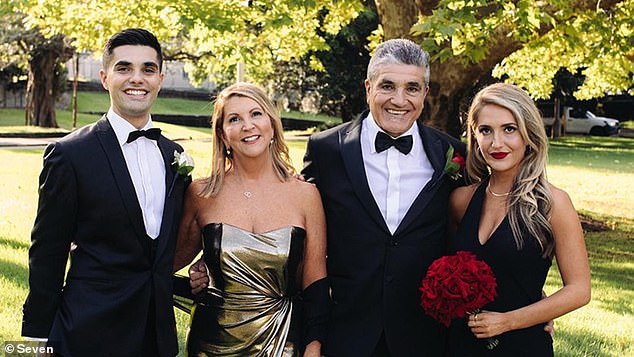 Fenech is pictured with his family – Joe, Rebecca, and Bonnie

The former England international revealed he suffered more than 100 concussions and 18,000 collisions and the damage has left him with ‘confronting’ mental health issues.

The symptoms of chronic traumatic encephalopathy (CTE) – a neurodegenerative disease linked to repeated trauma to the head – include memory loss, confusion, impaired judgment and problems to control impulse.

Significantly, CTE can also lead to depression and anxiety and, eventually, progressive ­dementia.