Sadie Sink will star in a thriller titled Berlin Nobody.

The 20-year-old actress – whose star has been rising with her roles as Max Mayfield on Stranger Things, and alongside Brendan Fraser in The Whale – will appear alongside Eric Bana and Sylvia Hoeks in the Jordan Scott-directed thriller, for which production commenced Tuesday.

The Brenham, Texas native plays the role of Mazzy in the film, who is the daughter of Bana’s Ben Monroe, an American social psychologist who moves to Berlin to probe cults, according to Deadline. 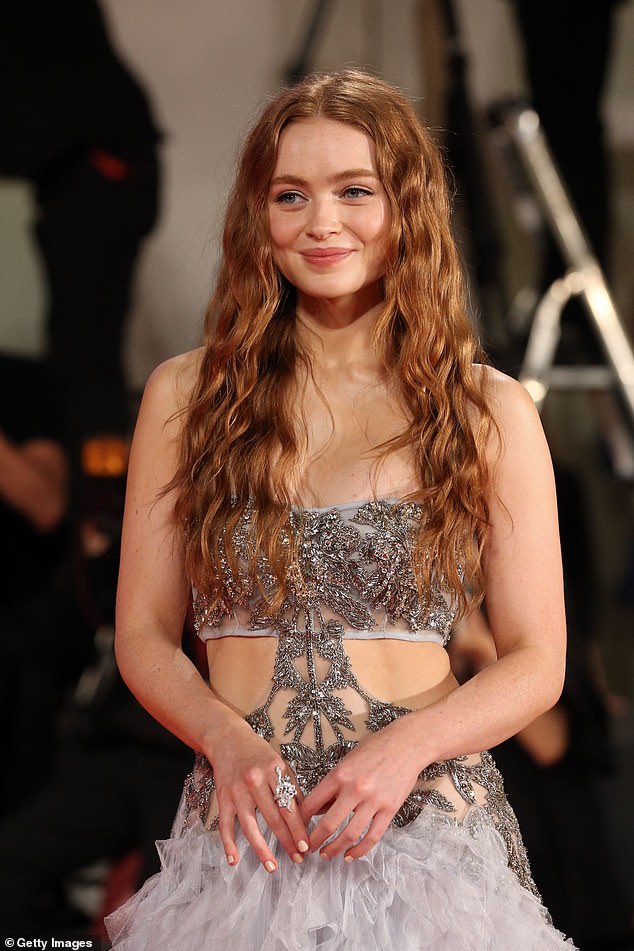 The latest: Sadie Sink, 20, will star in a thriller titled Berlin Nobody. She was snapped Sunday at the Venice International Film Festival in support of The Whale

The motion picture, which was inspired by the 2015 novel Tokyo by Nicholas Hogg, also features German actor Jonas Dassler and Sophie Rois.

Sink has been gaining plaudits for her role as Ellie in Darren Aronofsky-directed The Whale, the estranged daughter of Brendan Fraser’s embattled character Charlie.

She attended the film’s premiere at the Venice Film Festival, where Fraser, 53, received an extended standing ovation after the screening for his performance as a morbidly-obese teacher who is trying to reconcile with his daughter.

Sink spoke to Collider in June about the role, saying that it was ‘just a really creatively fulfilling project to work on.’ 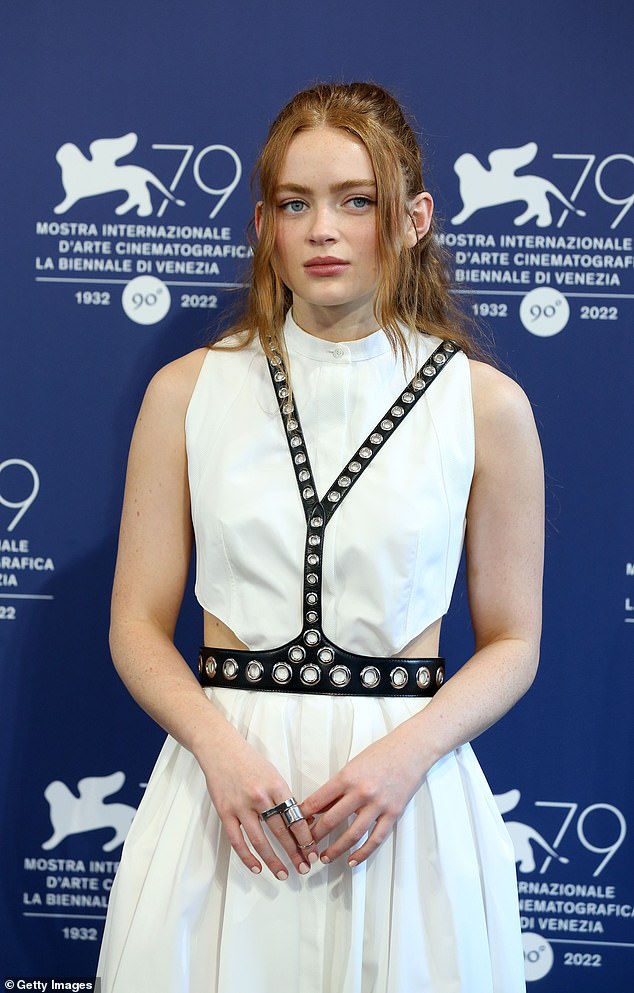 The Texas-born actress has seen her star rise with her roles as Max Mayfield on Stranger Things, and alongside Brendan Fraser in The Whale 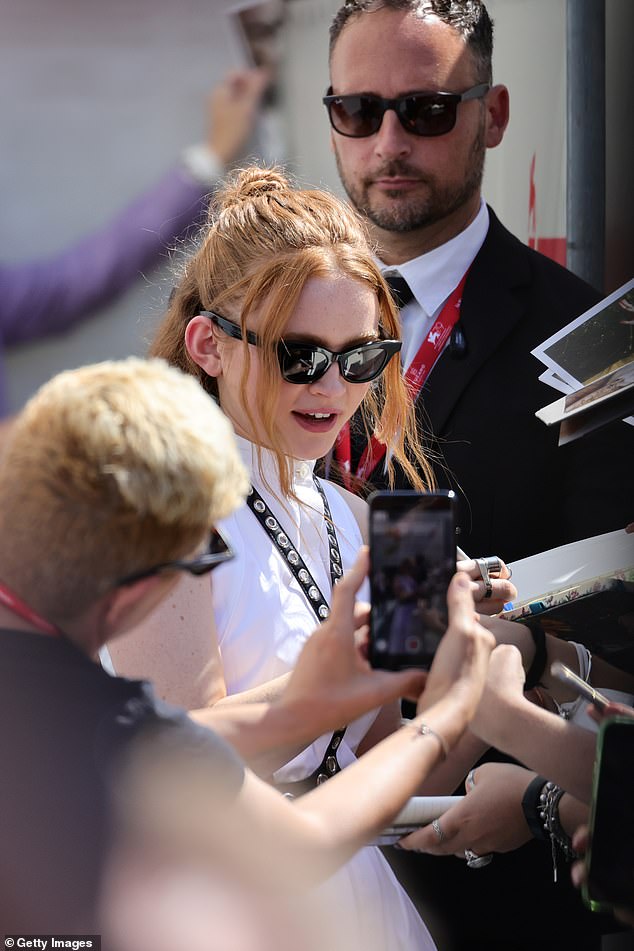 She added: ‘It was a really small cast and a small set, and we had a whole three weeks of rehearsal and Darren kind of wanted to treat it as if it were a play, because The Whale originally was a play.

‘The way he staged it and the way we rehearsed it, the same as you would do in a theater company, he taped the walls of the set and everything so that we could rehearse in a mock space I guess.

Sink, who has also been seen in movies such as Dear Zoe, Eli and The Glass Castle, said that she was creatively invigorated ‘to have that rehearsal process, which we so often lose when you’re working on a TV series.

‘It was just really special, and it was nice to have that and to collaborate and focus on character work and really take the time to dive into the text so that when it comes to the shoot day, you feel really prepared, and you know your character really well,’ she said.