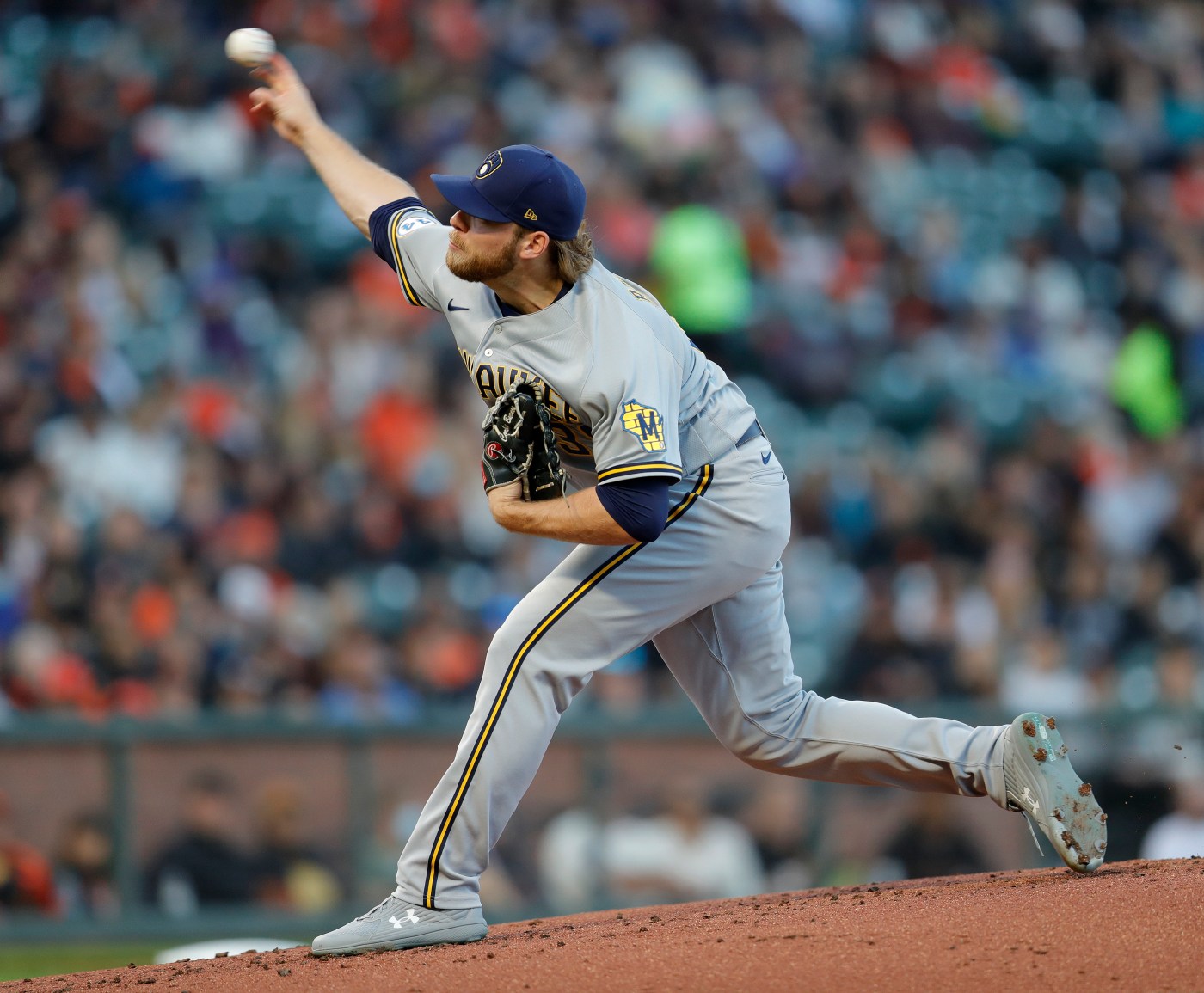 Saint Mary’s College, the small private school in Moraga, will have a big presence at the All-Star Game on Tuesday night.

Two former Gaels, pitchers Tony Gonsolin of the Los Angeles Dodgers and Corbin Burnes of the Milwaukee Brewers, will be among the 41 players representing the National League.

Not bad for a college with an enrollment of less than 4,000.

“We consistently tell them that you can get anywhere from Moraga,” Saint Mary’s coach Greg Moore said in reference to his recruiting pitch. “You show them examples like Burnes and Gonsolin and Ky Bush, and then they put two and two together.”

Oh, yes, there’s another Gael rising, maybe two. Ky Bush, a left hander who was a second-round draft pick of the Los Angeles Angels in 2021, is pitching at Double-A, where he has 67 strikeouts in 67 1/3 innings. Ken Waldichuk, another hard-throwing lefty, was a fifth-round pick by the New York Yankees in 2019 and is 4-0 at Double-A with 46 strikeouts in 28 2/3 innings.

Bush and Waldichuk were selected to the Futures Game, played Saturday at Dodger Stadium, meaning Saint Mary’s will have been represented by four players by the time All Star festivities conclude Tuesday night. Saint Mary’s says no other NCAA school can make such a claim.

“The 30 organizations have a lot of scouts out there at every place baseball’s played,” Hall of Fame manager Tony La Russa said. “At a big school, you may be seen a few more times. But you’re gonna be seen no matter where you play.”

Saint Mary’s hasn’t always been a pitcher factory. In 2014, Eric Valenzuela, then the Gaels coach, had a roster of only 19 players and a dearth of capable arms. He filled a spot in the bullpen with Burnes, a freshman from Bakersfield.

Another spot went to a position player, one of many who volunteered to try their hand at pitching. Gonsolin, a 6-foot-3 sophomore from Vacaville, was known more for getting hits than getting outs.

“Most of them didn’t pan out,” Valenzuela said, “but Tony got on the mound and you could just tell immediately he was something. His arm was strong and he had an idea of what he was doing.”

Burnes was “raw as a pitcher, but he had an electric arm,” Valenzuela said.

In 2016, the duo led Saint Mary’s to the West Coast Conference title. The Gaels had gone 24 years without a winning record in league play. Overall, they’d had only three winning seasons in 26 years. In each, they finished just one game over .500.

“Those guys were a big reason we did what we did in 2016,” said Valenzuela, now the head coach at Long Beach State. “They’re really good talents, but they’re winners too. You can have great talents, but most of them don’t bring that little bit extra stuff that lets others win with them.”

Burnes burst onto the major league scene in 2018, going 7-0 as a Brewers reliever. Last season, he broke through as a starter in the biggest way imaginable, winning the American League Cy Young Award after an 11-5 season and a 2.43 ERA.

Gonsolin, meantime, is 11-0 this season and a major league All-Star.

“The only surprise for me is that he’s a pitcher and not an everyday player,” said Stu Clary, his coach at Vacaville High. “He was our shortstop and wasn’t even our top pitcher at Vacaville.”