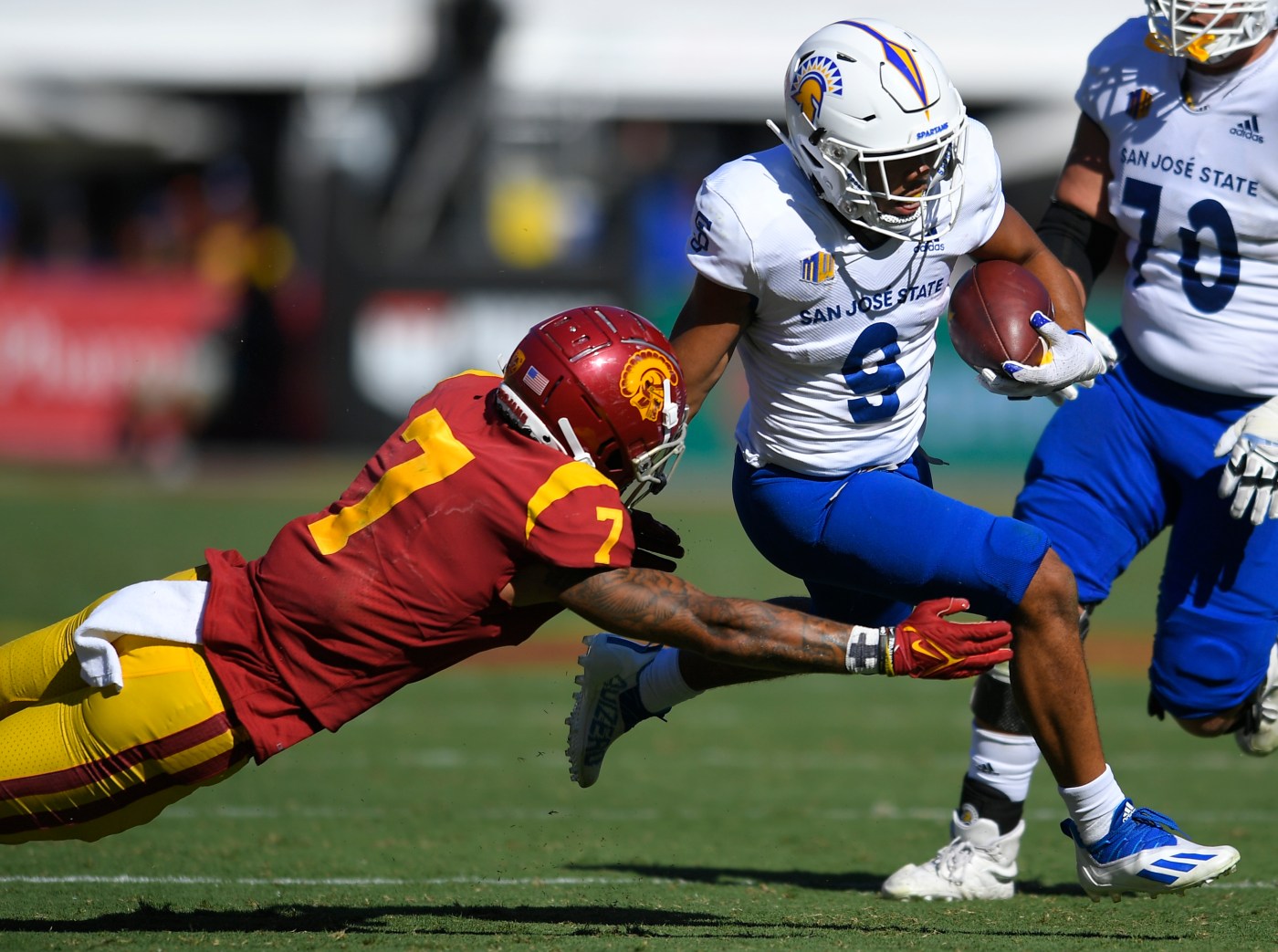 Mountain West media see the 2022 San Jose State Spartans as an average team, picking them to finish third of six in the West Division in a preseason poll released Wednesday morning.

The Spartans won the MWC in 2020’s COVID-addled season with a 7-0 conference record, but took a step back in 2021. The Spartans went 3-5 in conference and 5-7 overall, and will have to adequately replace graduated star quarterback Nick Starkel in order to be successful.

The Spartans will also need to fill the void left by major contributors such as wide receivers Bailey Gaither and Tre Walker, safety Jay Lenard and tight end Derrick Deese Jr. (now with the Detroit Lions).

Lording over the West Division is Fresno State with 20 first-place votes and 160 points overall, with San Diego State coming in second with 148 points and eight first-place votes, and then San Jose State, which compiled 105 points but no first-place votes. The Aztecs won the division last year with an 11-1 record before being trounced by Utah State in the Mountain West title game.

In the Mountain Division, Boise State was predicted to be division champs with 14 first-place votes and 151 points. Ten voters thought highly enough of Air Force to predict the Falcons will be division champions, while only three voters predicted a Utah State repeat.