A new sex-inspired TV series is bringing Aussies out of their shells and sparking a sex-toy frenzy.

Two weeks since the launch of Netflix‘s raunchy new reality show How To Build A Sex Room, sales of bondage gear and sex toys have ‘spiked’ according to the country’s top retailers who are crediting the show with sparking a ‘bedroom revolution’.

Hosted by ‘the Mary Poppins of sex rooms’ Melanie Rose, the show premiered on the streaming service on July 8 and follows British designer as she creates bespoke adults-only playgrounds for clients across the US. 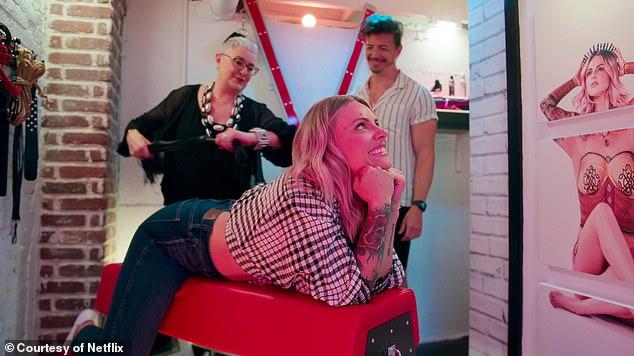 Two weeks since the launch of Netflix’s raunchy new reality show How To Build A Sex Room, sales of bondage gear and sex toys have ‘spiked’ 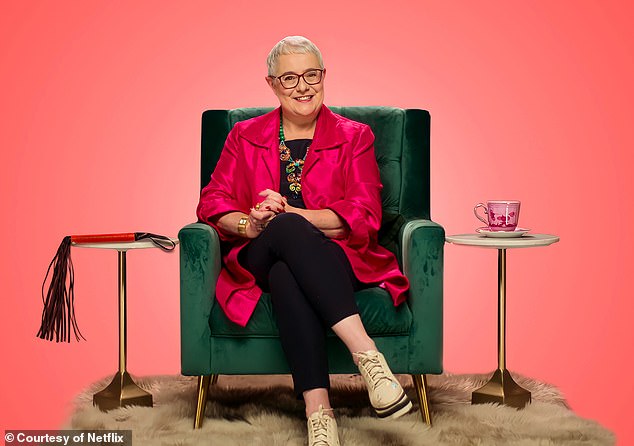 The projects range from a sumptuous Las Vegas-themed suite for a married couple stuck in a sex drought to a pleasure basement for polyamorous ‘family’ of seven.

With sex toys, bondage beds and kinky dungeons, the explicit series has been praised by critics and described as ‘the anthesis’ to a wholesome episode of DIY SOS.

Godwin says that not since the release of the BDSM-themed blockbuster Fifty Shades Of Grey in 2015 has the demand for sex toys been so high.

‘Our bondage products probably has seen the biggest increase in demand with a week-on-week jump of 48 per-cent on our normal sales which is huge,’ Godwin says, adding that sales of ‘spankers and ticklers’ – which feature heavily in the show, have jumped by 123%. 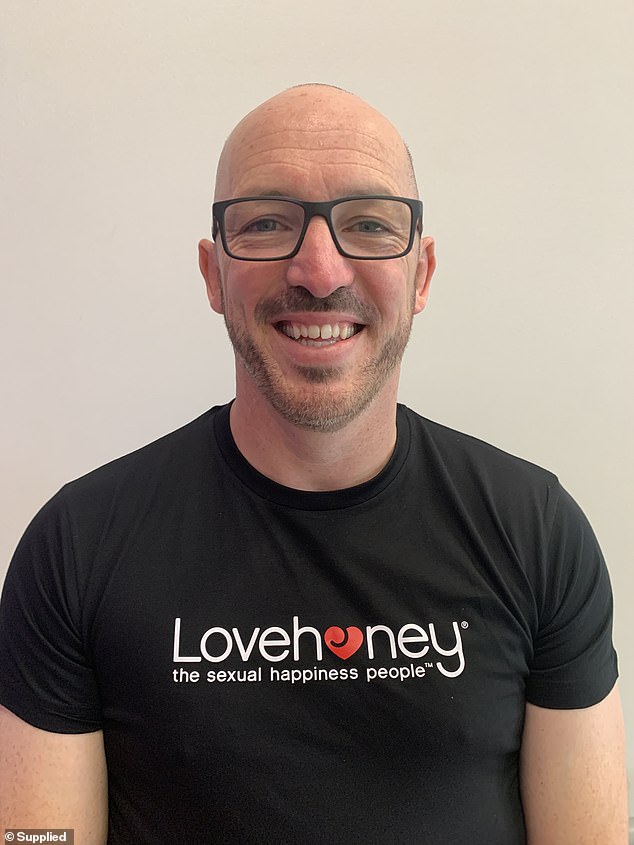 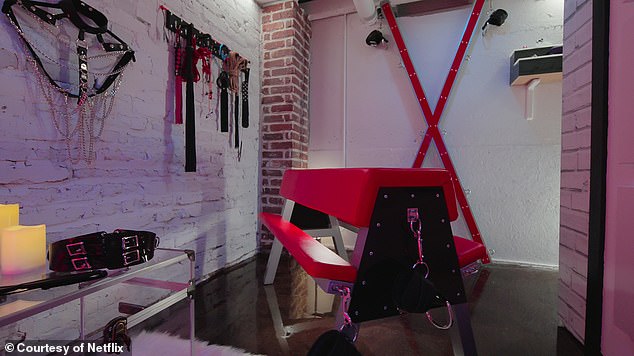 There has also been a 56% jump in handcuffs and restraints sales while sex swings and machine sales have increased by 54%.

‘We are quite literally having to fly new stock in from around the world to meet demand,’ he said.

‘And our focus as of right now is to increase our workforce by 20 per-cent to cater for this increase.’

Godwin said sales had ballooned since the show launched back on July 8  as word-of-mouth took off.

‘Now it’s all anyone is talking about…People are talking to me about it at school drop-off,’ he said.

Godwin’s company has even created a Lovehoney ‘website landing page’ specifically to field queries about products on the show.

Ion Bosch, manager of Kogarah sex toy emporium Adult Smart, echoes the increase in demand since the launch of the new Netflix show with in-store customers specifically interested in bondage and restraints. 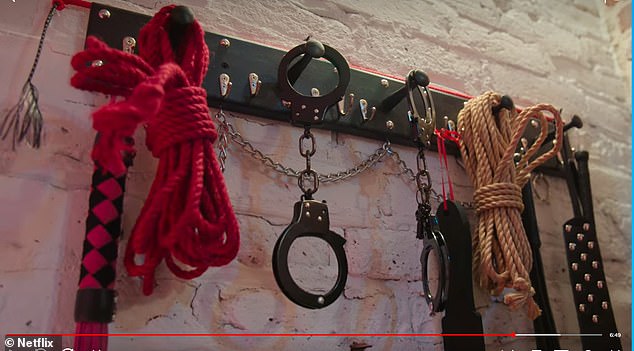 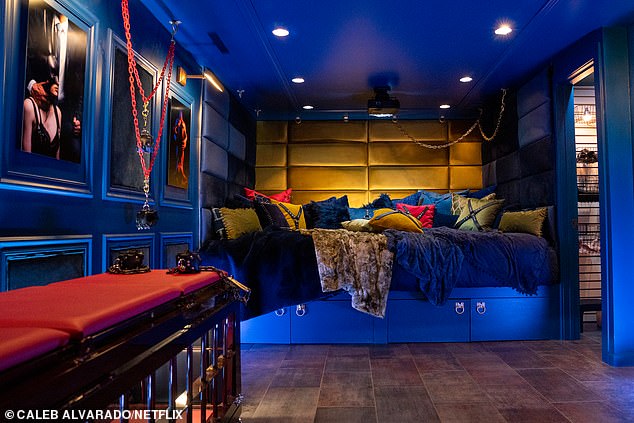 ‘Things like soft restraints, bed restraints, over the door restraints,’ says Bosch, who added that purchases seemed to trend differently when customers were buying online.

‘Online the demand is slightly different. The increases we have seen in the last fortnight are more for things like steel products…plugs, urethra inserts – that kind of thing.’

Demand for ‘spanking benches’ too have risen after the apparatus was featured heavily in episode one of the show, which saw young couple Taylor and Ajay fitted out with a rock-and-roll themed sex dungeon.

Such is the success of the series, it has drawn comparisons to Netflix’s big smash of 2020 – The Queen’s Gambit – about a young chess prodigy.

That series, which collected string of awards and fast became one of Netflix’s most streamed programs, sparked a global demand for chess boards with research firm NPD Group reporting that chess set sales increased 87% in the three weeks after the show’s release. 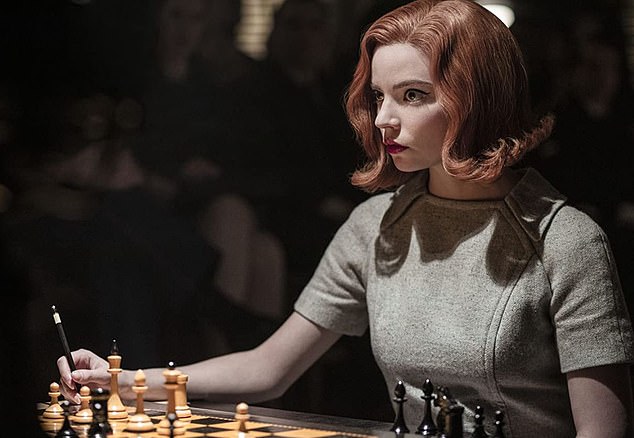 ‘The idea that a streaming television series can have an impact on product sales is not a new one, but we are finally able to view it through the data,’ NPD Group toys industry adviser Juli Lennett told Variety in November 2020.

‘The sales of chess books and chess sets, which had previously been flat or declining for years, turned sharply upward as the popular new series gained viewers.’

Netflix are yet to confirm if, or when, a second season of How To Build A Sex Room – which was amongst the top-ten most streamed shows in July – is being developed.

However Lovehoney CEO Godwin says Australia would be the ‘perfect’ market to film a follow-up.

‘Aussies are up for it and are very open-minded in their approach to sexual wellness,’ he says.

‘I can’t think of a better place to film it.’