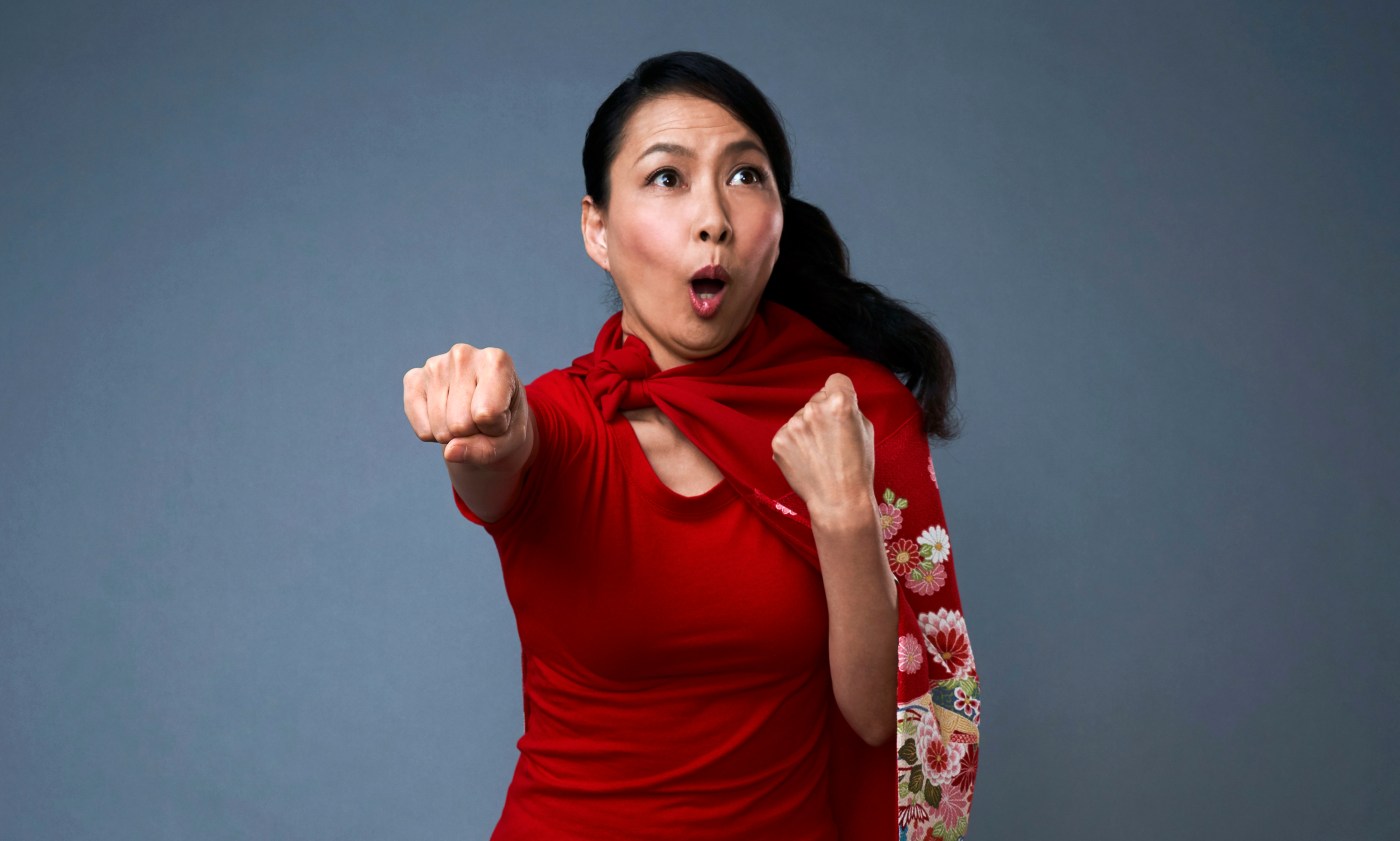 The San Francisco Fringe Festival is always a dizzying grab-bag of theatrical performances, from solo shows to experimental theater, clown shows and always the unexpected. The shows are selected purely by lottery, so even the organizers don’t know what they’re going to get.

Over the course of 10 days, 21 companies do 84 performances, several playing simultaneously on different stages of the EXIT Theatre in the Tenderloin.

“It’s like Christmas morning,” says artistic director Christina Augello. “You have all these packages under the tree. You have no idea what’s in them, but you’re excited to open them.”

The 31st annual festival is a return to the EXIT stages after two years away: There was an online sampler in 2020 while theaters were shut, and the 2021 fest was cancelled due to a COVID surge.

This year’s fest is also the last one in the EXIT Theatre before the venerable indie-theater hub closes its doors by the end of the year. Augello intends to continue the EXIT in some form in San Francisco, but its Eddy Street venue with three theaters and a café will be no more.

Countless theater companies and performers got their start and developed their craft at the EXIT over the years, whether through the Fringe or the many other events at that space.

After 40 years on Eddy Street, 30 years in the current location, Augello decided it was finally time to shut down the venue. Both audiences and rental companies have been slow to return to the theater complex after more than two years of pandemic.

“It became clear we can’t go on at the rate we’re going,” Augello says. “Audiences are small. Rentals are nil. EXIT Theater was built with a village that helps make it work, and that really has changed tremendously. I reopened the end of February and waited it out. But in June we had no shows renting, and July I had one. That just isn’t how it works. We really need a full house to keep it afloat financially.”

Some of those issues were present before COVID, but the shift has been dramatic.

“There was a time when I couldn’t book as many people as wanted to do shows, and that’s slowed down some,” Augello says. “But it was enough to keep going. If the pandemic hadn’t hit, we probably would still be doing the same thing. Now companies that were doing two or three shows a season are postponing or waiting till next year. In October I have shows, but they were people that had booked in 2020, and they’re rolling over their bookings. Things have changed. And I’d like to think I’m smart enough to see that change and not continue on in what doesn’t seem to be working.”

The nearby EXIT on Taylor space leased to Cutting Ball Theater will continue, and the EXIT has a new theater in Arcata, where Augello lives part of the time. It’s an open question where EXIT programs in San Francisco, such as the Fringe Festival, will take place in the future, and the many small theater companies that have rented the EXIT in the past (the ones that are still around, anyway) will have to find other places to perform.

“I’m looking forward to seeing things turn around, but I think it’s gonna be a while, and I don’t know how it will turn around and who will survive,” Augello says. “I want EXIT Theater to survive. And this is a choice that will help it survive. In what incarnation, I’m not sure. Certainly brick and mortar, having that responsibility financially, is just not happening. The Fringe, I don’t know. Maybe take a year off, maybe figure out how to partner with other people.”

The closing date isn’t quite decided, but it’ll be after a series of pandemic stories in November, followed by some sort of farewell celebration.

“I really want it to be a joyful ending, because it’s not an end for EXIT Theater,” Augello says. “I’m just awestruck when I think about the 40 years of doing theater on Eddy Street. Let’s celebrate what we’ve accomplished, because we’ve accomplished quite a bit.”