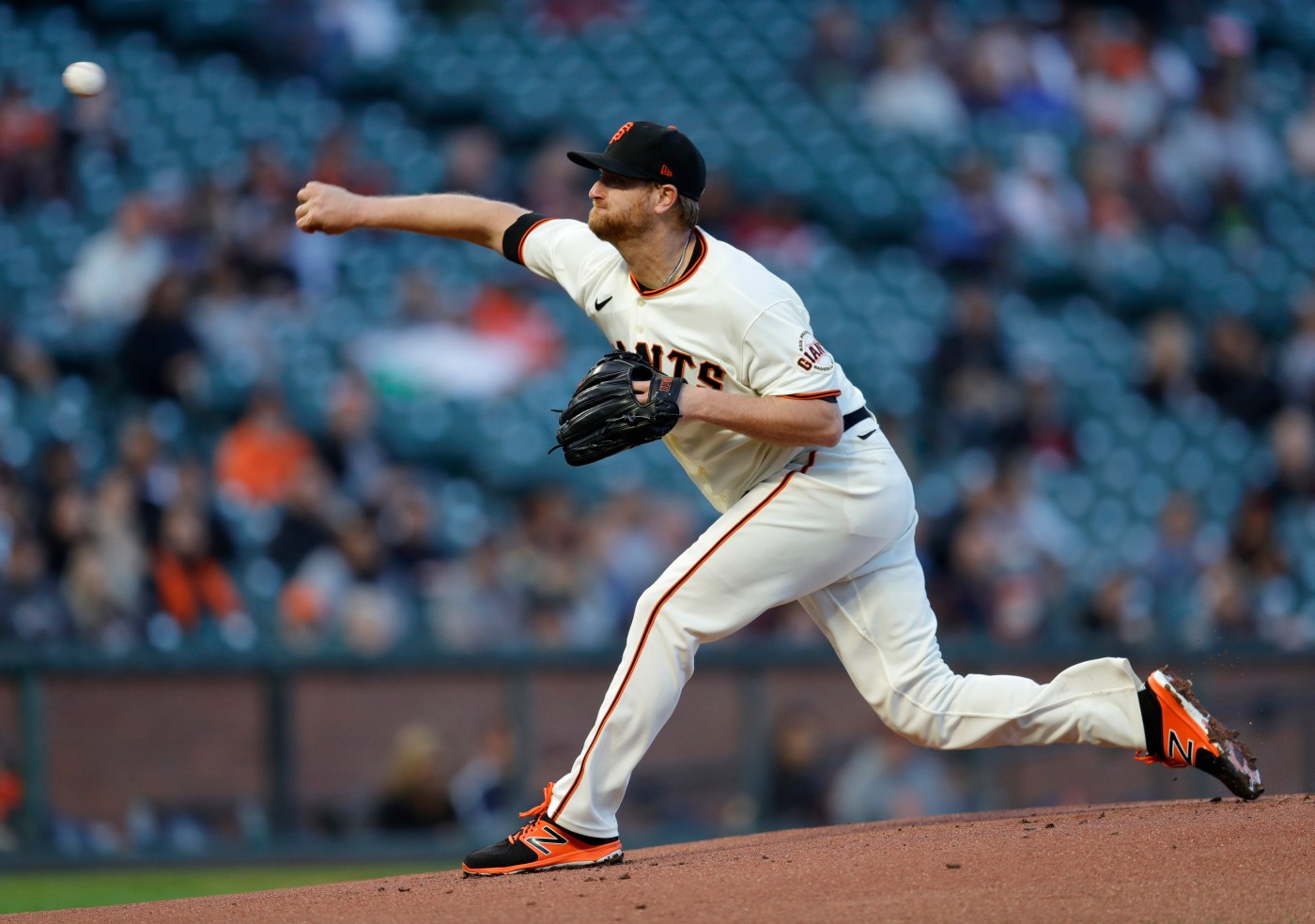 SAN FRANCISCO — Alex Cobb had one of the toughest lineups in baseball before him. Armed with his devastating splitter, he quieted the defending champions in the Giants’ 3-2 win against the Braves on Monday night.

Cobb held the Braves scoreless through seven innings, striking out seven batters and allowing six hits with no walks. He held them off balance with a splitter 61 times and got 12 swings-and-misses off of.

The Giants gave him some run support against one of baseball’s best young pitchers in Spencer Strider, scoring two by creating plenty of traffic on the base paths. Brandon Crawford singled and Thairo Estrada doubled to set up Willie Calhoun, a Vallejo native called up from Sacramento Monday afternoon, for an RBI single off the wall, his first hit as a Giant. Luis Gonzalez added on with a single smoked into shallow center field to make it 2-0.

Trouble brewed and tensions rose in the eighth inning after Cobb’s departure. The Braves loaded the bases against Zack Littell and scored two runs on Dansby Swanson’s single. Lewis Brinson’s throw home nearly got the second run out, but catcher Austin Wynns couldn’t come up with the ball.

Littell got Austin Riley into a double play, but took exception to being pulled for Scott Alexander to face lefty Matt Olson after that. He slammed the ball in manager Gabe Kapler’s hand and spat a few words his way. Cameras caught the two hashing it out below the dugout.