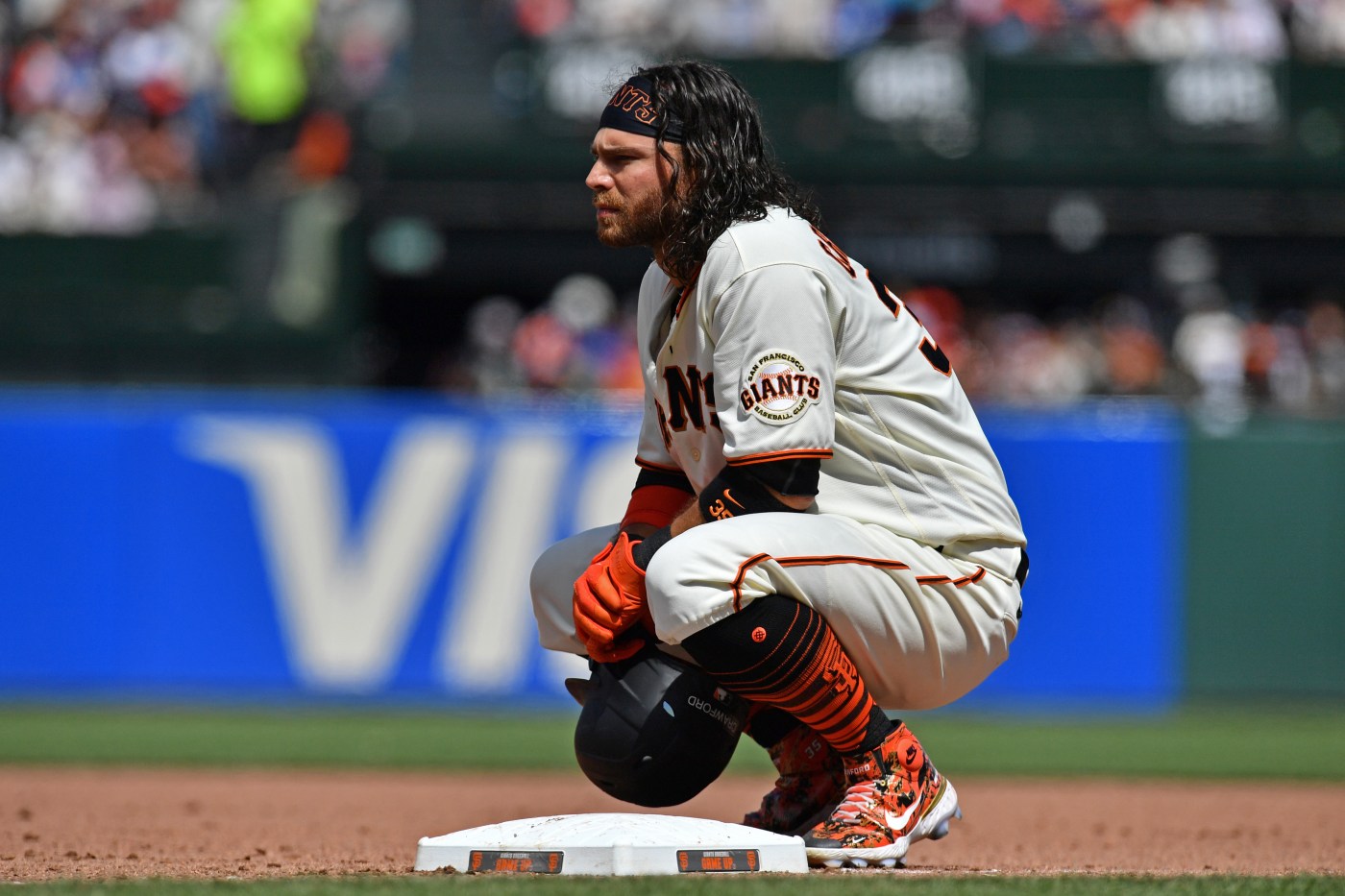 SAN FRANCISCO – Giants manager Gabe Kapler is hoping some more rest for Brandon Crawford right now will be beneficial to the shortstop’s health in the long run.

One night after being off target with a couple of throws, Crawford was out of the Giants’ lineup Saturday for the second game of their three-game series with the Cincinnati Reds at Oracle Park.

Thairo Estrada is at shortstop Saturday and hitting seventh, although Crawford is able to pinch-hit, Kapler said.

In the second inning of Friday’s 4-2 loss by the Giants, Crawford backed up onto the grass to field a ground ball by Kyle Farmer, but his throw pulled first baseman Brandon Belt off the bag. Farmer was given a single on the play and later came around to score the first of two Reds runs that inning.

In the fifth, on a Donovan Solano ground ball, Crawford was charged with an error as his throw home was off target, allowing Nick Senzel to score for a 3-1 Reds lead. Crawford also went 0-for-3 with two strikeouts as the Giants lost for the fifth time in six days.

It was Crawford’s first game back since was involved in a home-plate collision on June 21 in the Giants’ 12-10 win over the Atlanta Braves.

Crawford exited that game with a left knee contusion after Braves catcher Travis d’Arnaud fell on his leg on a play at the plate, and Kapler said after Friday’s loss that the four-time Gold Glove winner still wasn’t 100 percent healthy.

“I’m trying to get him kind of over the hump physically, and help him by not pushing too hard after the slide in Atlanta,” Kapler said Saturday. “Got him back out there yesterday. He felt good enough to go (today), but it’s probably good to give him a full blow if we can today.”

“It might be nice to just kind of get him off his feet for a little bit and continue to let that knee get better. Again, trying to figure out ways to care for Craw so he’s as good as he can be, and feels confident moving around.”

The Giants are also off Monday and Thursday. Their homestand continues next week with games against the Detroit Tigers on Tuesday and Wednesday, and a three-game set with the Chicago White Sox from Friday to Sunday.

INJURY UPDATE: Kapler said Luis González, placed on the 10-day IL Thursday with a lower back strain, was feeling better Friday and wasn’t concerned that the injury would linger. “This is something that he’s experienced in the past and it just needs some time to calm down,” Kapler said.

LaMonte Wade Jr. went 1-for-4 with a double and a run scored for Sacramento on Friday. Kapler said the most likely scenario is that the Giants will let Wade get through this weekend before determining the next course of action.