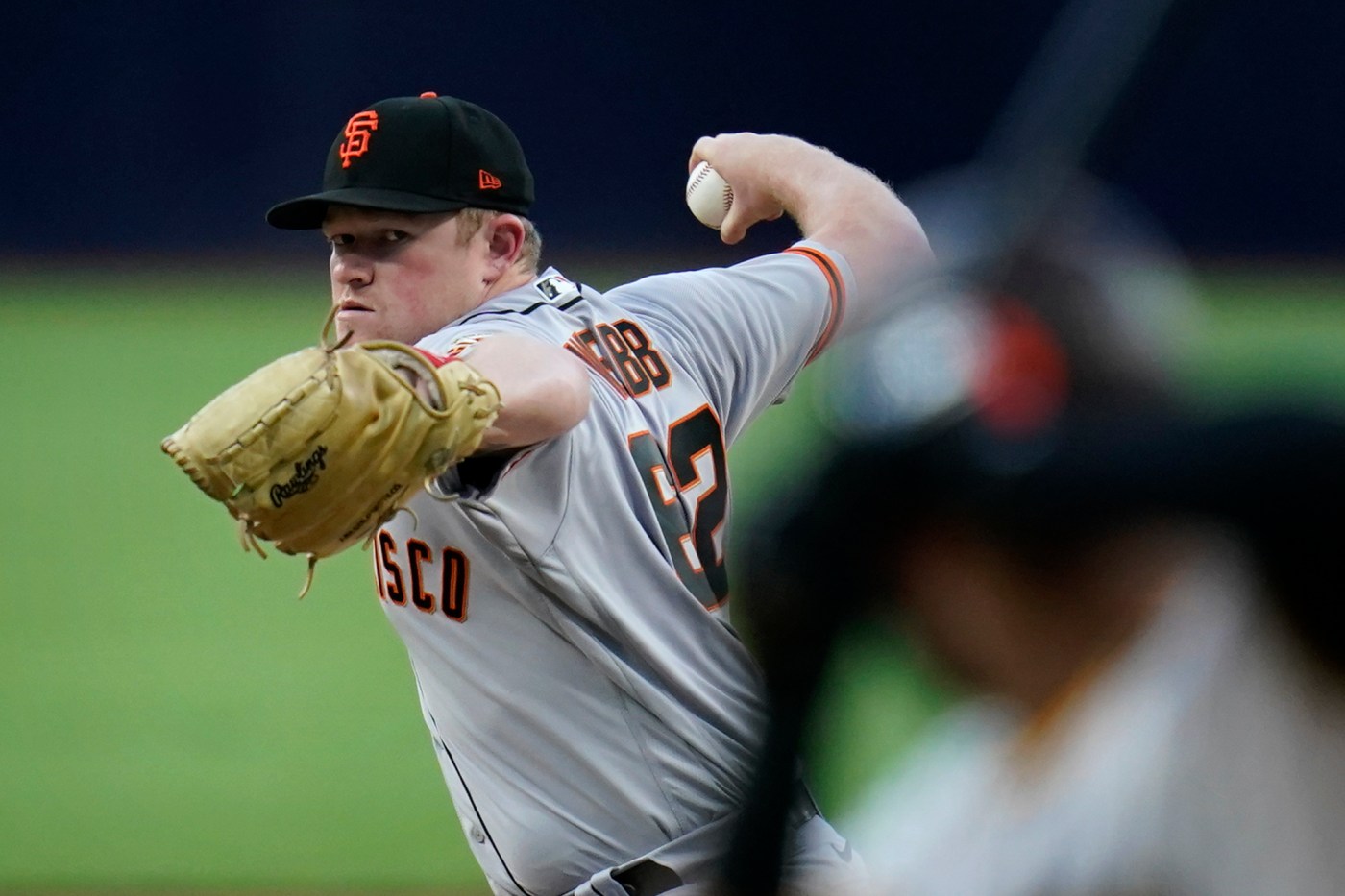 SAN DIEGO — If there was hope that the Giants’ come-from-behind win that snapped their losing streak could act as a turning point, it was dashed the following night by Joe Musgrove and the San Diego Padres.

Logan Webb did all he could to turn one win into two, twirling eight innings of one-run ball, but one run — on one swing — was more than the Giants could muster against Musgrove. Brandon Crawford provided some heroics with a game-tying single with two outs and two strikes in the ninth, but the Padres sent San Francisco to its seventh loss in eight games and their 13th in their past 17 with a walk-off single against Jarlín Garcia in the 10th.

The Giants managed one hit — while reaching base six times via walks and hit-by-pitches — until Crawford’s game-tying knock in the ninth. With a ghost runner on second to start the 10th, the Giants failed to put the ball in play.

Garcia failed to field a sacrifice bunt after intentionally walking the first batter of the ninth — he tried to get the force out at third but hesitated and got nobody — then surrendered the game-winner to Jorge Alfaro.

A frightening scene played out in the top of the fifth that helped preserve what was then a no-hit bid.

Play was stopped for more than 10 minutes after Padres left fielder Jurickson Profar and shortstop C.J. Abrams collided on a shallow pop fly from Tommy La Stella. As Profar charged in and slid, Abrams, who held on for the catch, kneed him in the jaw. At one point, Profar was out cold, after he fainted while trying to walk off the field. At that point, a trainer called for a stretcher, but it took more than five minutes to arrive. He held up a fist to loud ovations from the sell-out crowd as he was carted off the field and was eventually transported to a local hospital for further evaluation.

Leading off the next inning, LaMonte Wade Jr. gave the Giants their best scoring chance — and one of only two hits. He doubled off the wall in right field and made it to third but was stranded 90 feet away when Musgrove got Mike Yastrzemski swinging.

The Giants once owned the best record of any team since the start of 2021 behind a single pitcher when Webb took the mound. But they have now lost five of Webb’s past seven starts, dropping their record on Webb’s days to 31-12 (.720), just behind the Blue Jays in Alek Manoah’s starts (26-10, .722).

Of those seven starts, Webb has allowed one or fewer runs in four of them. The Giants have given him an average of 3.4 runs of support.

After some hiccups to start this season, Webb by all accounts has regained the form with which he ended last season.

But Webb’s success and the Giants’ failure to capitalize on it only makes the contrast between this year’s squad and last season all the more glaring. Those Giants went 18-2 in Webb’s final 20 starts last season while he pitched to a 2.40 ERA. With a 2.23 ERA over his past seven starts, these Giants are 2-5.