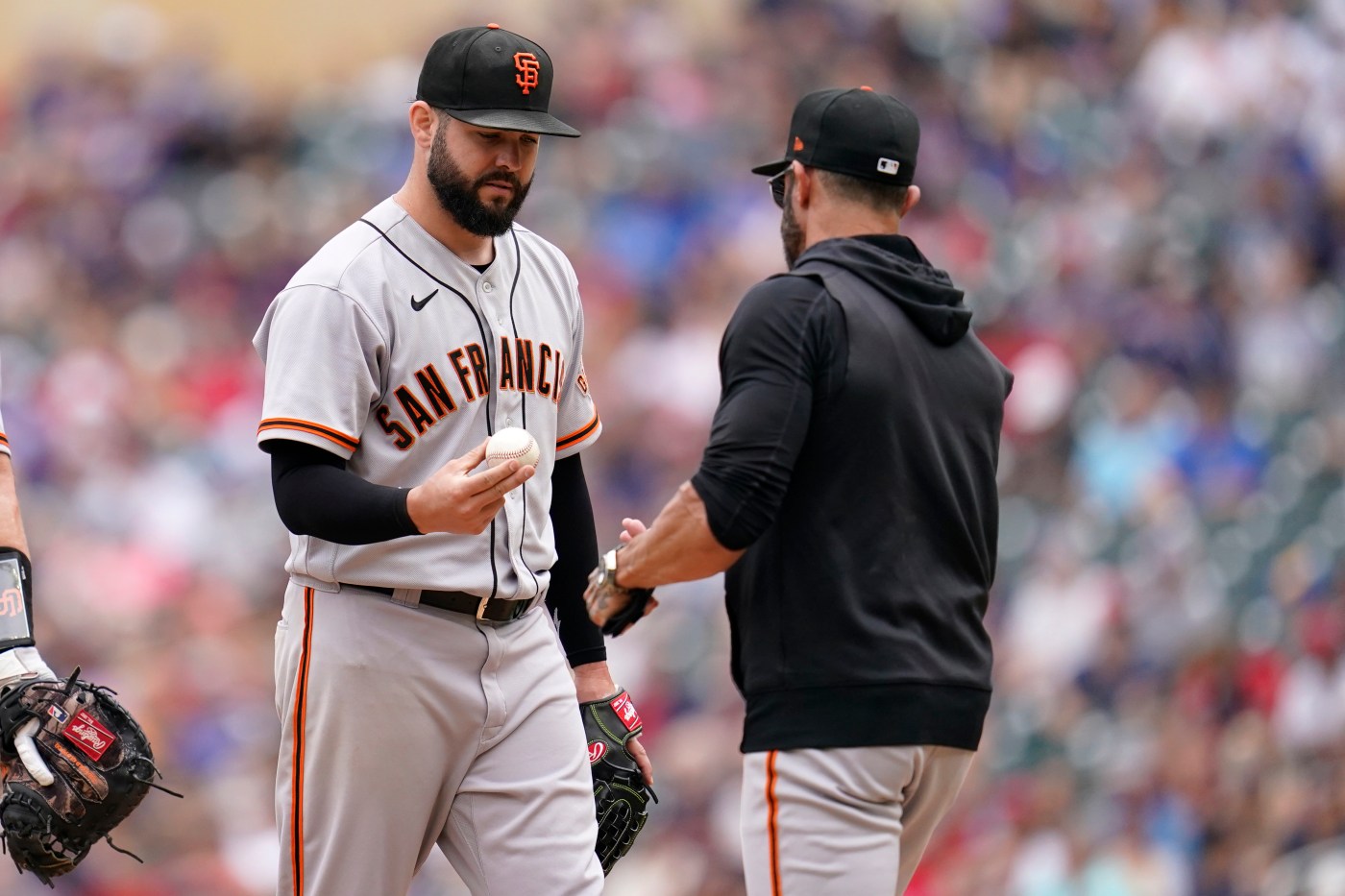 The Giants’ postseason hopes died some time after 1 p.m. PT on Sunday.

The time is only ambiguous because, well, take your pick whether it was the first, the second, the third, the fourth or the fifth straight double off Minnesota Twins bats in a five-run fifth inning that truly did in San Francisco in its dud of a finale, an 8-3 loss, wrapping up an even more disappointing road trip.

The Giants failed to win any of their three series on the eight-game swing that ended Sunday in a sweep at the hands of the Twins, a team that entered this series losers of six straight and teetering on the edge of the American League wild card chase.

After a 2-6 trip, it is the Giants who leave Minnesota with their postseason hopes in peril. They are further back of playoff position than any point this season (8.0 games) and as far below .500 as they’ve been (61-65), with a negative run differential (-2) for the first time since the opening week of the season.

A series loss at Colorado (55-74) and split in Detroit (49-78) had to have already left the sour taste of missed opportunity in the Giants’ mouths, but the road trip unraveled into disaster during a seemingly endless fifth inning.

Jakob Junis didn’t make it out of the inning, after serving up a double to Max Kepler that drove in Luis Arraez from first and kicked off a stretch of five straight two-baggers that ultimately ended Junis’ day. Jose Miranda traded places with Kepler, then Nick Gordon with Miranda, before the Giants went to the bullpen and the Twins did it twice more.

Their strength all season, the Giants’ starting pitching began to falter on this trip.

Junis was ultimately tagged with six earned runs over 4⅓ innings, raising the starting staff’s ERA to 7.29 over the course of the eight games away from Oracle Park.

Combined with the bullpen, which blew one lead against the Rockies and again Saturday against the Twins, the Giants allowed at least eight runs in more games (three) on this trip than they held opponents under four runs (twice).

Outscored 46-25 on the trip, the Giants’ season run differential fell to minus-two after Sunday’s loss, the first time it has entered the red since the first week of the season, when they were 2-2 with a minus-one run differential.

San Francisco’s bats warmed up enough Sunday to load the bases in the fourth and put runners on second and third the following inning but remained too lukewarm to muster more than three runs out of the prime scoring opportunities.

On the eight-game trip — that started with three games at hitter-friendly Coors Field — the Giants batted .190 and averaged 3.1 runs, scoring more than four just once.

The statuses of Joc Pederson (groin), Mike Yastrzemski (calf) and Luis González (illness) were so up in air Sunday morning that the Giants waited until 30 minutes before first pitch to submit their lineup card. One of the three outfielders would have to start — Yastrzemski, batting ninth and playing right — but an under-the-weather González also ultimately had to enter the game when Evan Longoria left with tight right hamstring.

Yastrzemski, forced to start out of necessity, appeared to tweak his calf while chasing down Gio Urshela’s ground-rule double — the fourth of Minnesota’s five in the fifth inning — in right-field foul territory but remained in the game.

Longoria, 36, has already missed time this season with a strain in the same hamstring.

The Giants also lost Brandon Belt (knee) to the injured list while away from home.

Returning home for six games with the Padres and Phillies, 17 of the Giants’ next 20 games come against teams ahead of them in the NL playoff race. It could represent an opportunity, but after this trip is looking more and more like another hurdle.