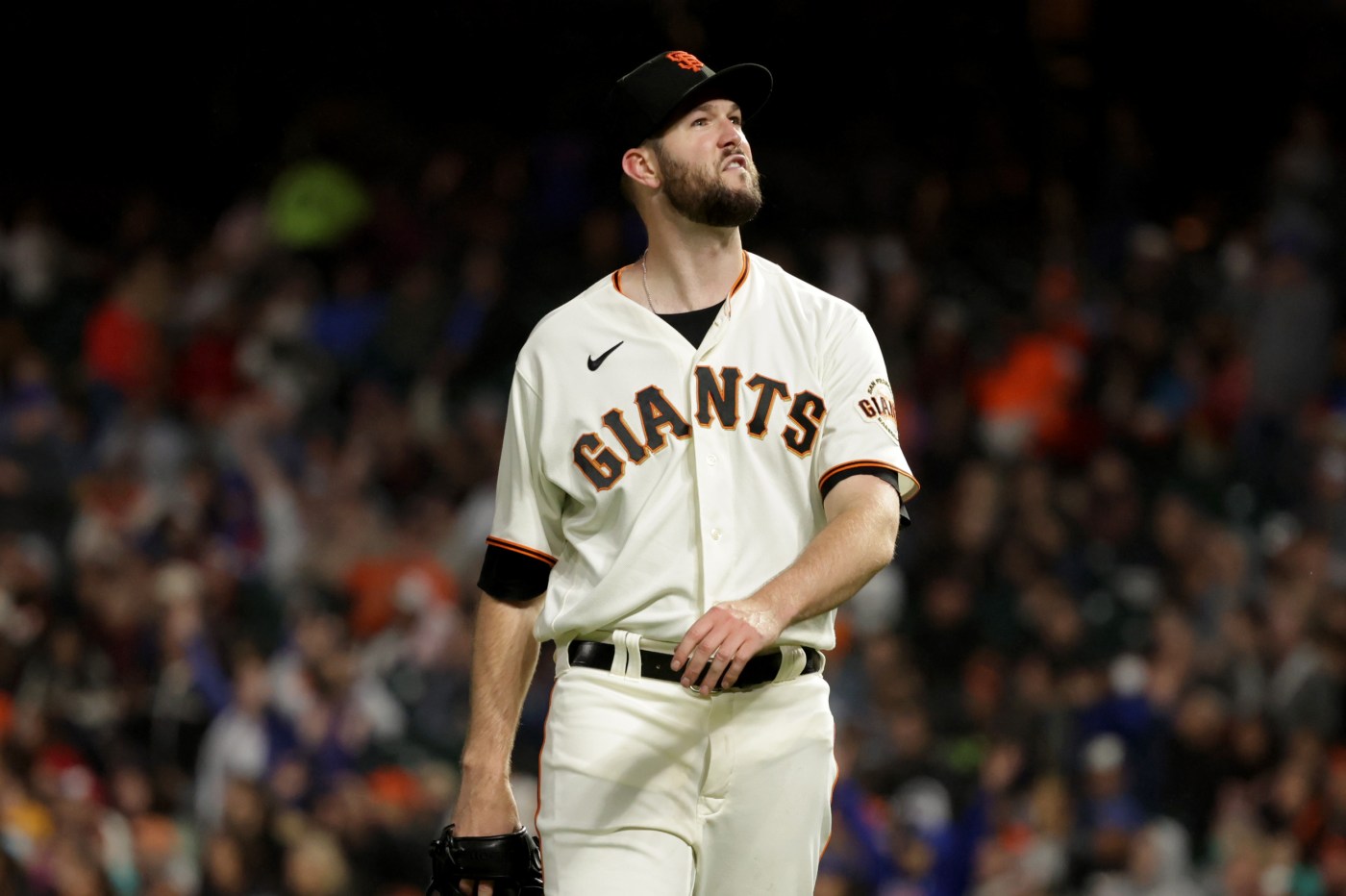 SAN FRANCISCO — The Giants entered Thursday’s game looking for anything to snap their seven-game losing streak.

How about a no-hit bid?

Alex Wood helped the Giants to a 4-2 win by holding the flailing Cubs hitless through his first six innings, a bid broken up by Ian Happ’s single up the middle to start the seventh inning. Patrick Wisdom made that hit pay with a two-run that bounced off the wall in left field, cutting what was a Giants’ four-run lead in half and forcing Wood out of the game.

Joc Pederson almost made a play on Wisdom’s home run, but hit the wall hard and was removed from the game.

In relief, Dominic Leone struck out Frank Schwindel to end the inning.

The Giants, frequent victims of their own poor defensive play, were on their toes back at home. David Villar made a handful of clean plays at the hot corner and Wilmer Flores some tricky stops at second off the bounty of ground balls Wood drew.

Mike Yastrzemski made a spectacular over-the-head catch off Christopher Morel’s line drive into the deepest corner of Oracle Park, not only holding the runner on but adding a highlight to Wood’s no-hit bid.

Yermín Mercedes worked an 11-pitch at bat, including four foul-offs with a full count, to punch a two-run bloop single into shallow center field. Thairo Estrada tacked another on with an infield hit.

Third inning, an error on a pop fly by Yaz in the infield and a swinging bunt by Slater has runners on the corners. Yaz scores on a wild pitch, Run taken back, Wilmer HBP, loads bases.Yermin bloops a single into shallow center, two runs score, 2-0 after an 11 pitch battle including four pitches fouled off full count. Thairo infield hit, 3-0. All unearned.

Crawford, who was placed on the 10-day IL with left knee inflammation on July 16, could be sent to a rehab assignment within days, manager Gabe Kapler said. Crawford, 34, initially injured his knee on an awkward slide into home plate in June. This is his second IL stint of the season and just the fourth of his career.