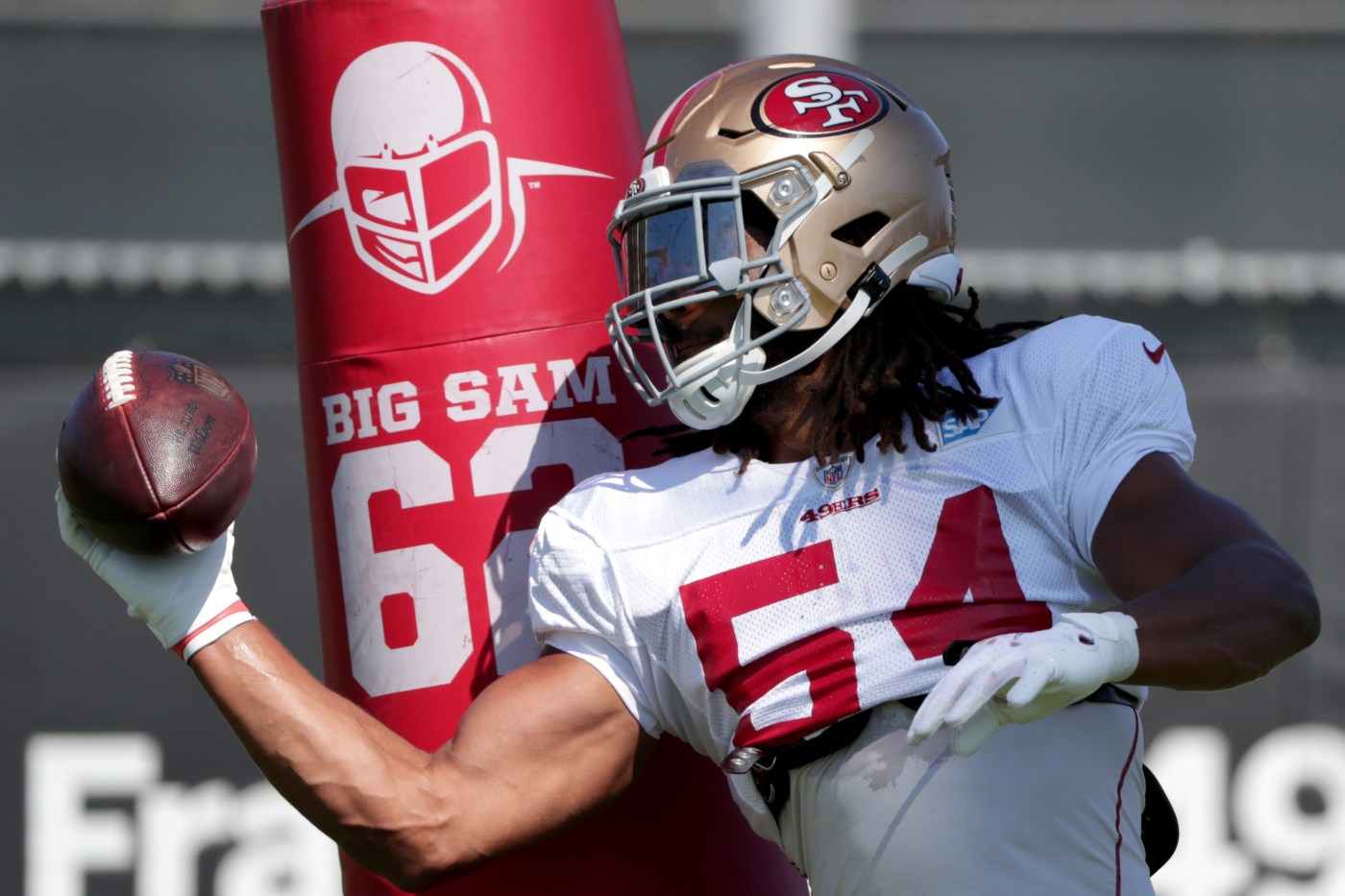 It gave wide receiver Marcus Johnson a concussion, and it also stirred debate on how physical the 49ers are.

Coach Kyle Shanahan, speaking Friday for the first time since Tuesday’s hit-triggered brawl, did not condone Warner’s actions nor much of the aftermath, aside from Brandon Aiyuk rushing to combat Warner for leveling Johnson.

“I love the intensity of it. I don’t think you have to fight to be intense, though,” Shanahan said. “Scuffles are scuffles, but then they lead to other stuff.

“We have a guy in (concussion) protocol because we took an unnecessary shot on someone, which led to the big fight, and then we had a bunch of haymakers thrown in there, which only break hands.”

To clarify, no one is known to have sustained a broken hand. However, Johnson is “recovering slowly,” thus hindering his roster chances as a sixth-year veteran who signed in free agency.

Immediately after Warner’s hit, he was confronted by Aiyuk, and a melee ensued. Shanahan paused practice to admonish his team, and no further fights have taken place over the 2 1/2 practices since then.

“Our team is pretty team, we’re pretty physical. If people voted who was the most physical team on tape last year, we’d probably win that,” Shanahan added. “We didn’t get in one fight last year. That doesn’t totally pertain to toughness.”

As for Aiyuk’s actions, Shanahan added: “I understood what he stood up to. It didn’t bother me.”

Jimmy Garoppolo’s exclusion from practice came out of a mutual decision between he and the 49ers, rather than any banishment while he rehabilitates his throwing shoulder and awaits a potential trade or release. He’s been in camp since it opened last week and has done individual conditioning work on side fields.

“You have to report with the rules of today’s NFL, so we made it the best for both,” Shanahan said. “If Jimmy wanted to be in every single meeting and wanted to everything, for sure we’d let him. I would guess that isn’t what he would want, totally. When we asked that was accurate; he didn’t totally want that.

“He’s getting his body ready for hopefully the next situation he goes into.”

On Wednesday, Garoppolo worked on the main training fields for his throwing session while the offense conducted its routine, walk-through practice at the other end of the field, creating an awkward scene.

Shanahan was unaware before practice that the 49ers personnel department was bringing in a quarterback for a workout, that being former Jets’ draft pick James Morgan, as reported by Pro Football Network.

The 49ers have used only three quarterbacks in practice — Trey Lance, Nate Sudfeld and Brock Purdy — and there has not been any indication that Lance or anyone is suffering from arm fatigue, a concerning storyline that emerged last month.

— Wide receiver Taysir Mack was waived, two days after bobbling a Brock Purdy pass that Deommodore Lenoir intercepted and returned for a touchdown.

— Offensive tackle Jaylon Moore is battling a lower-leg strain and will miss some time, Shanahan said.

— Although Spencer Burford has “done a great job” at right guard on the starting unit, Shanahan eluded to how incumbent starter Daniel Brunskill does not need to further audition for that role and that his reps are best served competing at center with Jake Brendel. Shanahan praised Brunskill’s versatility and noted “he needs to get to the season healthy.” Brunskill missed offseason practices with knee tendinitis.

— In praising Jimmie Ward, Shanahan noted that he could have been the 49ers’ best cornerback upon this regime’s arrival in 2017 and that he’s since been their best safety. “Jimmie’s made us look good because he’s stayed healthy,” Shanahan said.