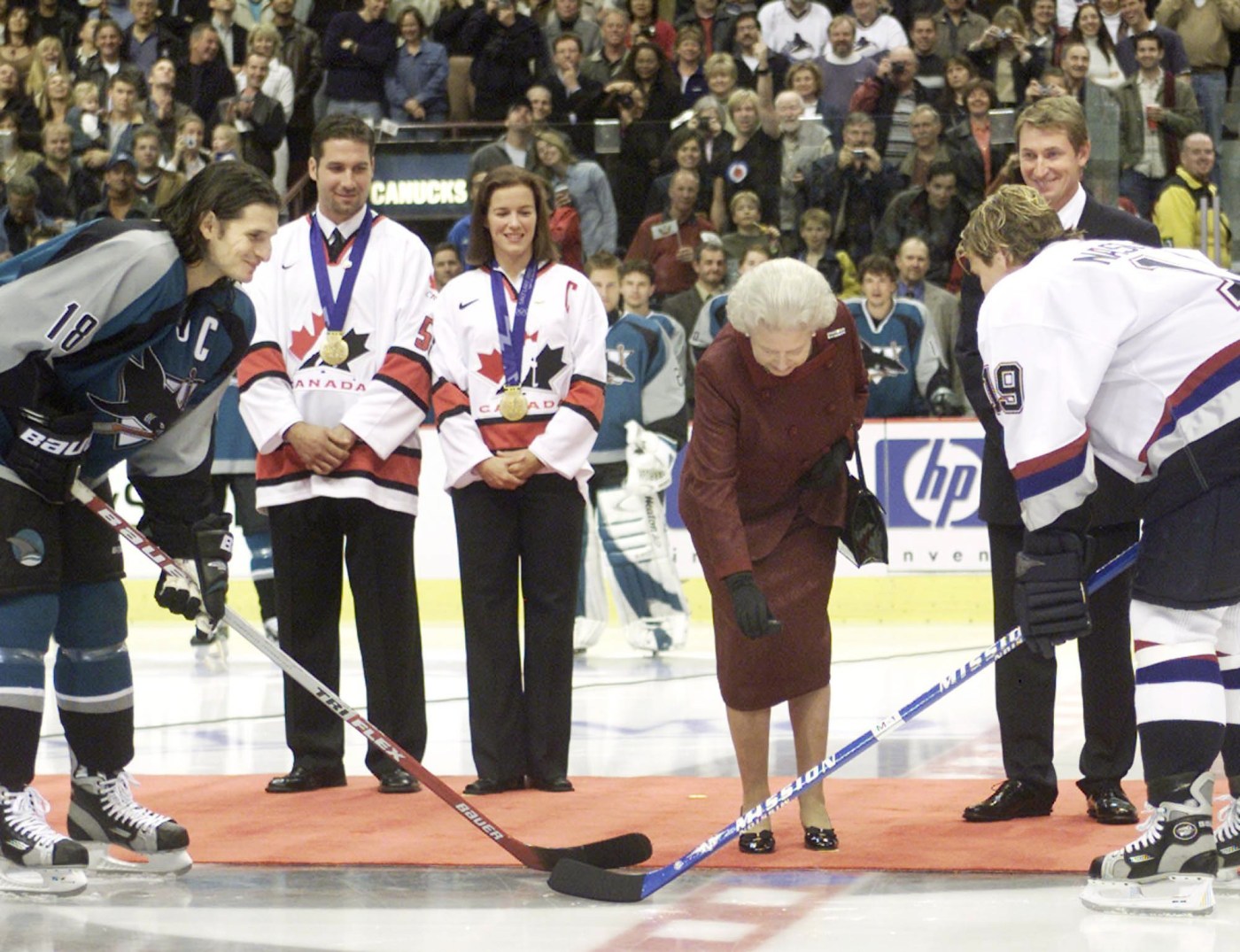 Mike Ricci was more than a bit anxious prior to the San Jose Sharks exhibition game on Oct. 6, 2002, in Vancouver, British Columbia, and it had little to do with facing the Canucks.

Ricci, then starting his sixth season with the Sharks, took the ceremonial faceoff in place of absent captain Owen Nolan. Ricci was surrounded by hockey greats, including Wayne Gretzky, as he took part in the puck drop at center ice with then-Vancouver captain Markus Naslund.

“I remember being very nervous,” Ricci, a Sharks development coach, told the Vancouver Sun in 2012. “The guys were all kidding around that I was going to cause some kind of a scandal, like trip into her and take the whole group out.”

Queen Elizabeth II died Thursday after 70 years atop the British monarchy. She was 96.

Canada is a former member of the British Commonwealth, and throughout his childhood, the Scarborough, Ontario-born Ricci played in some arenas that featured large pictures of the Queen. Elizabeth was in Vancouver 20 years ago as part of a tour of Canadian cities.

With photographers on the ice, Elizabeth dropped the puck, and Naslund, being on the home team, drew the puck back to pick it up. Part of royal protocol, though, is that individuals are not allowed to extend their hands to the Queen. Instead, people need to wait for her to extend her hand if she wanted. She took the puck from Naslund.

Ricci was a skilled but rough-and-tumble hockey player whose face belied that of a longtime professional in the sport, with missing teeth and a crooked nose. For the event, Ricci told the Sun he wore new gloves, put his teeth back to fill the gaps in his mouth, and tucked his long hair into the back of his jersey.

“It was pretty cool to have the Queen there,” Ricci said. “Most guys on our team thought it was cool, and it actually turned out to be a good game.”

Ricci scored both of the Sharks’ goals in their 3-2 loss to the Canucks. San Jose had left most of its veteran players home.

After the on-ice ceremony, Elizabeth, per reports, retired to a suite, which was complete with decorative grass and floral arrangements. She watched the first period before she left. The last time she attended a hockey game had been 51 years earlier.

“It was great for Canada to be able to show off one of the things we love most in our country and that’s the game of ice hockey,” Gretzky said that night, after he sat next to the Queen in the first period. “They talked about it, if it was on TV and what channel because they wanted to see the last two periods on TV.”

The National Hockey League mourns the passing and celebrates the remarkable life of Queen Elizabeth II. She held a special place in the hearts of Canadians and, during her 70-year-reign, connected with our game in memorable ways. pic.twitter.com/ppgk5HZzFQ

The NHL sent out a statement Thursday, saying, “The National Hockey League mourns the passing and celebrates the remarkable life of Queen Elizabeth II. She held a special place in the hearts of Canadians and, during her 70-year-reign, connected with our game in memorable ways.”