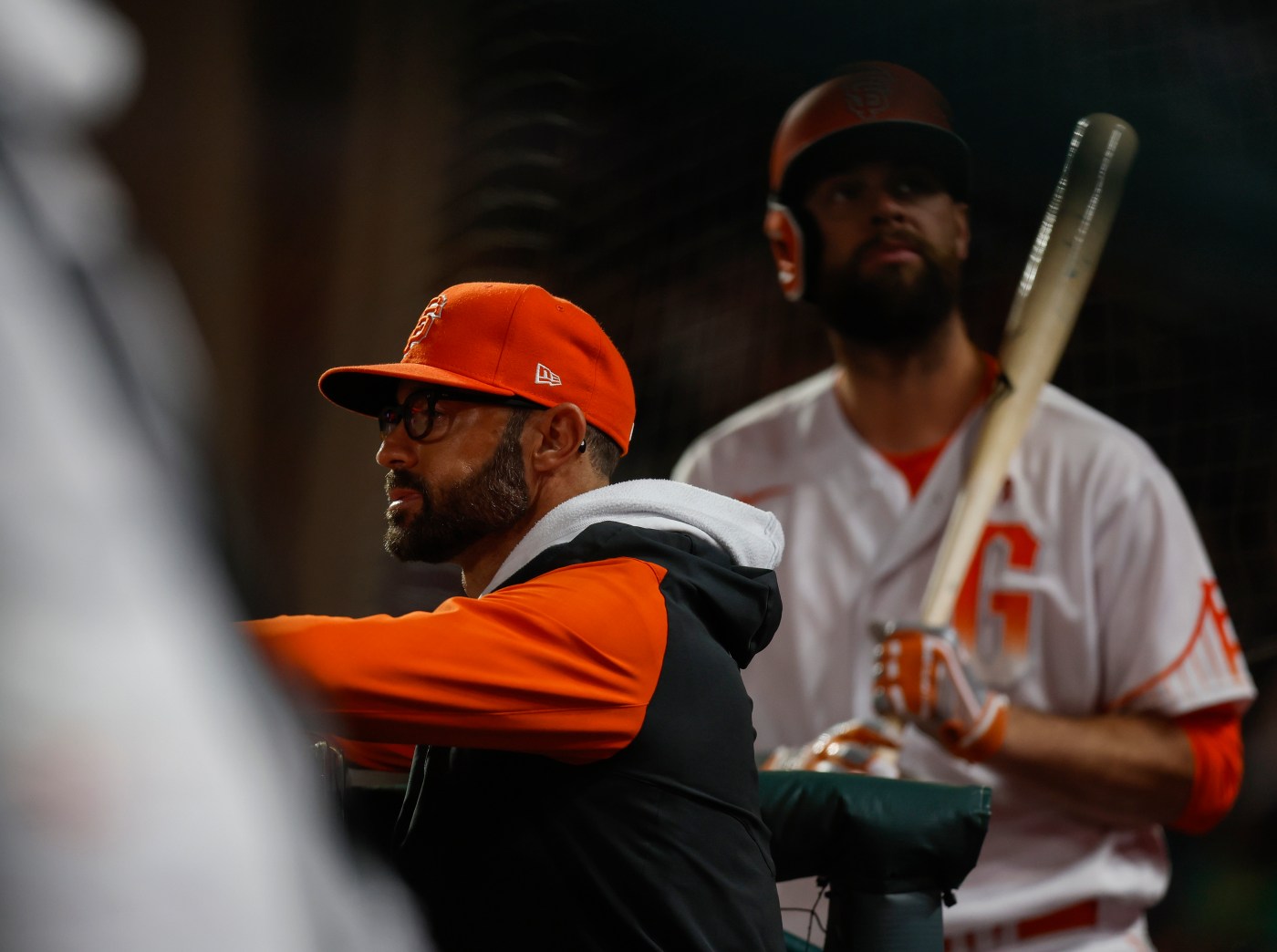 DENVER — As Gabe Kapler filled out the Giants’ lineup card for their game here Saturday against the Rockies, he did something he’s never done as manager: penciled in Brandon Belt eighth.

The No. 8 assignment was the lowest Belt has hit since Kapler took over in 2020 and only the 18th time in his career he has batted that far down in a lineup. The last time Belt hit eighth was in 2019, and he hadn’t batted that low against a right-handed starting pitcher since 2013, his third major-league season.

“I think it’s just a nice opportunity to take a little pressure off,” Kapler said before Saturday’s game. “He’s been hitting in the 4 (spot) or the 2 (spot) so much. I think it’ll be a little less spotlight down there at the bottom. Sometimes it’s nice to have a dangerous bat down there.”

Kapler said he didn’t speak with Belt about the move down in the order, but Belt said he had no issue with it.

“It doesn’t bother me at all,” Belt said. “He’s the manager, he changes the lineup around and we’ve got to win baseball games. I don’t care where I hit to be honest with you.”

Belt is one of the Giants’ most veteran players and coming off a resurgent season that featured a career-high 29 home runs. However, Belt has struggled to find his swing this season as he’s battled physical ailments.

Belt, 34, is still searching for his first home run since the All-Star break. Over that stretch, which has drawn on for 25 games entering Saturday, he is batting .161/.277/.210 (a .487 OPS) with four doubles representing his only extra-base hits.

The latest example came Thursday when Belt squared up with two strikes and two runners on and bunted foul, ending the Giants’ best scoring opportunity in a shutout loss to the D-backs.

After being pinch-hit for in a late-game situation against the Dodgers last month, Belt expressed frustration about not being given the opportunity to come through as he had often done in his first 10 seasons here.

“I don’t want to be taken out of the game because I believe I’m the best option to be in there and help us win,” Belt said. “But where I hit in the lineup, honestly, has never had an effect on me. … You just keep on battling. We come up here and work everyday to get back to feeling good. I anticipate that happening pretty soon.”

For what it’s worth, Kapler said Belt’s assignment in the No. 8 spot was not “anything long-term.”

“Belt is a middle of the order bat,” Kapler said. “Right now he’s trying to find his way a little bit, and we’re giving him the opportunity to do so.”