Sofia Carson has offered her take on backlash against her Netflix hit, Purple Hearts, after viewers called out some of the script’s language for being ‘sexist and racist.’

During an interview with Variety, the 29-year-old actress and director Elizabeth Allen Rosenbaum both understood why their new romantic drama earned some criticism.

‘I hope that people understand that in order for characters to grow, they need to be flawed in the beginning. So we very much intentionally created two characters that had been bred to hate each other,’ Elizabeth told the outlet. 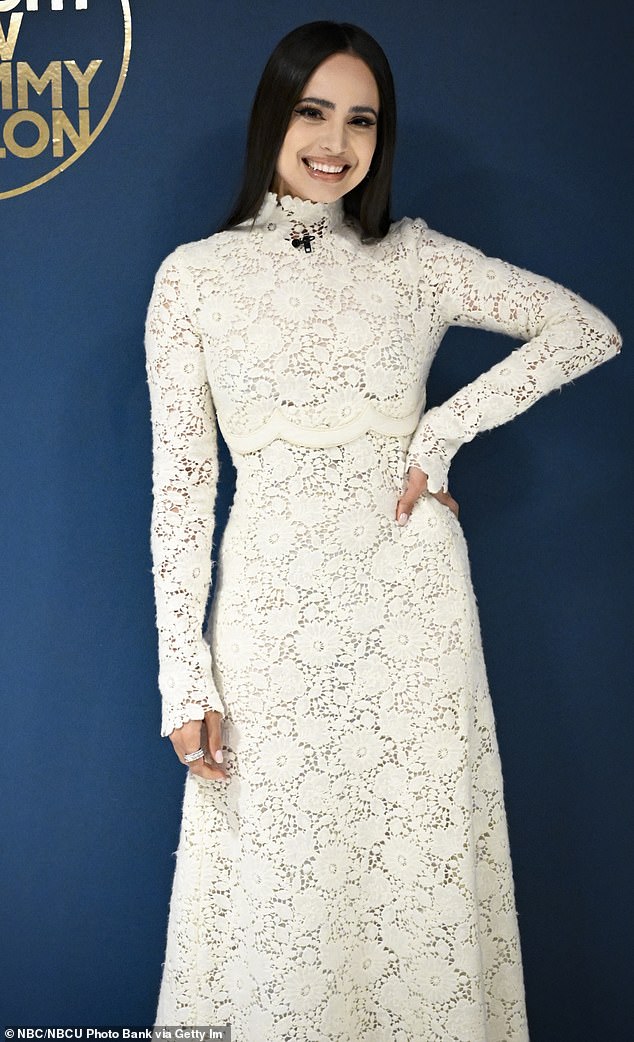 Backlash: Sofia Carson, 29, is confronting the backlash being leveled against her latest project Purple Hearts

She continued: ‘They are flawed at the beginning and that was intentional. In order for the red heart and the blue heart to kind of turn purple, you have to have them be kind of extreme.’

Meanwhile, Carson interjected: ‘Why I fell in love with the movie is that it’s a love story but it’s so much more than that. It’s two hearts, one red, one blue, two worlds apart, who are really raised to hate each other.’

‘Through the power of love, they learn to lead with empathy and compassion and love each other and turn into this beautiful shade of purple. We wanted to represent both sides as accurately as possible,’ the Austin & Ally alum continued. 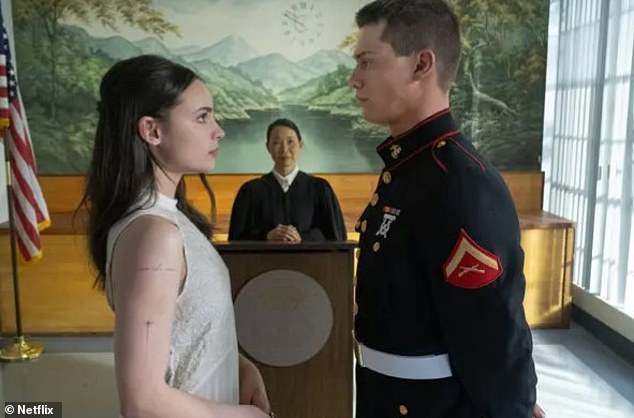 Plot: In the romantic drama, Sofia stars as a singer-songwriter who marries a marine, Nicholas Galitzine, 27  in order to get health insurance for her Type 1 diabetes. He goes along with the plan to get extra pay to cover his debts

‘What I think I’ve learned to do as an artist is separate myself from all of that and just listen to what the world is feeling and reacting to with the film,’ she continued. ‘That has been so beautifully overwhelming and so many people have felt seen or are comforted by this movie. That’s all we could want filmmakers and as artists.’

In the film, Carson plays a struggling singer-songwriter named Cassie, who marries a Marine just before he ships out so she can get health insurance to cover her Type 1 diabetes.

Her husband, played by Nicholas Galitzine, 27, agrees to the plan so he can pay off his debts with the extra pay offered to married service members.

Comments: Critics are upset about sexist and racist comments made by other characters in the film which has been viewed for more than 100 million hours on Netflix

It’s fair to say that Cassie is more liberal than the straight-laced Luke, who grew up in a military family.

The backlash is the result of some sexist and racist comments in the script by secondary characters. One marine makes a toast in which he says,’ This one is to life, love and hunting down some goddamn Arabs, baby!’

While Cassie criticizes the racism and storms off, Luke sits by quietly.

Despite some fallout from dialogue described as ‘misogynist’ and ‘bigoted,’ the film has been viewed for more than 100 million hours on the streaming service.

In addition to starring in the film, the Come Back Home singer served as a executive producer on the project. 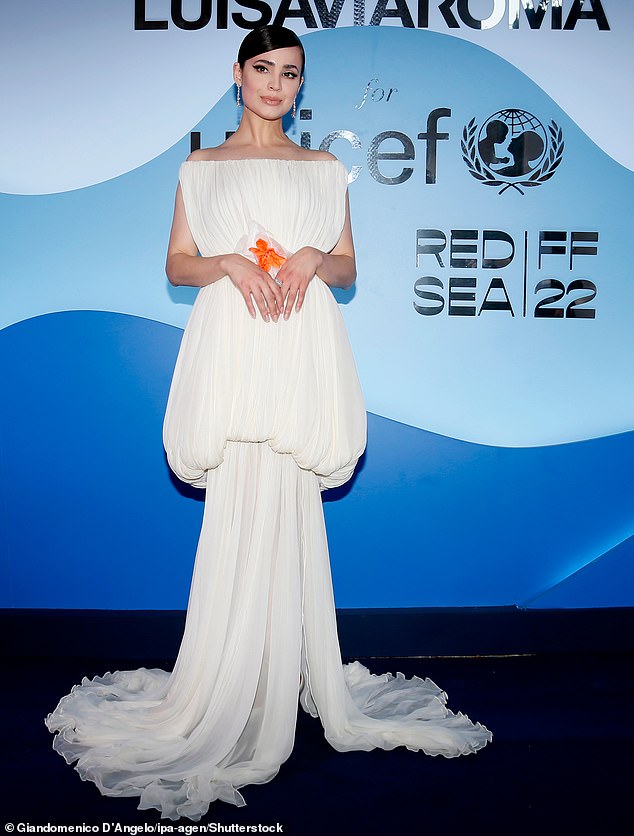 Love: The Come Back Home singer explained that, ‘Through the power of love, they learn to lead with empathy and compassion and love each other and turn into this beautiful shade of purple’ (seen last month)