SpaceX‘s Starship Serial Number 24 (SN24) started an intense grass fire after it performed an eight-second static fire test that released more than a 1,000 tons of thrust and likely melted the concrete below the rocket, some speculate.

The melted blobs were then launched more than 300 feet from the rocket, falling in a dumpster and in the protected habitat that surrounds Starbase in Boca China, Texas.

Fire crews were called to the scene and battled the flames into the evening hours.

SpaceX was given the green light in June by the Federal Aviation Administration to launch its Starship rocket after being grounded for nearly a year over concerns about how such testing impacts the environment.

One of the stipulations of being approved is that the firm must implement wildfire prevention measures and also use spray water to suppress dust and air pollution – and Thursday’s fire suggests SpaceX has yet to fulfill this requirement. 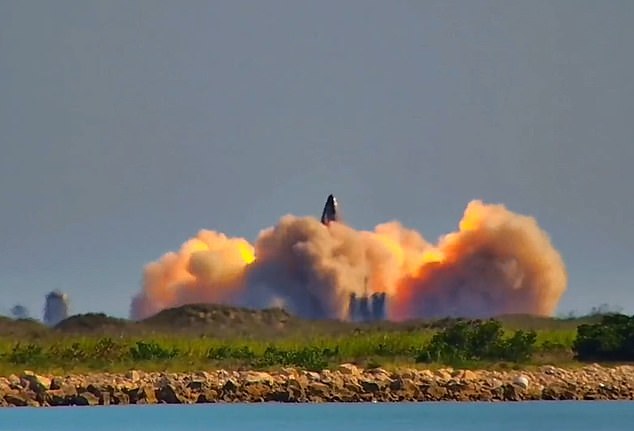 The static fire test began just after 5:30pm ET, which is a crucial test to ensure the upper stage is ready for its first orbital launch – which CEO Elon Musk has yet to nail down a date for.

SN24 had another successful static fire test on August 9, but this event saw just two of the raptor engines light up.

There were several tests throughout the month, but Teslarati reports they were all deemed as failures.

This forced SpaceX to replace three of the engines earlier this month and the effort paid off, as the world saw a successful test – even though it caused a large grass fire.

Teslarati also estimates that the latest static fire test produced 1,380 tons of thrust, which is believed to be the most ever for a test done at Starbase.

The media outlet suggests the powerful thrust may have melted the top layer of concrete in which the rocket is standing on. 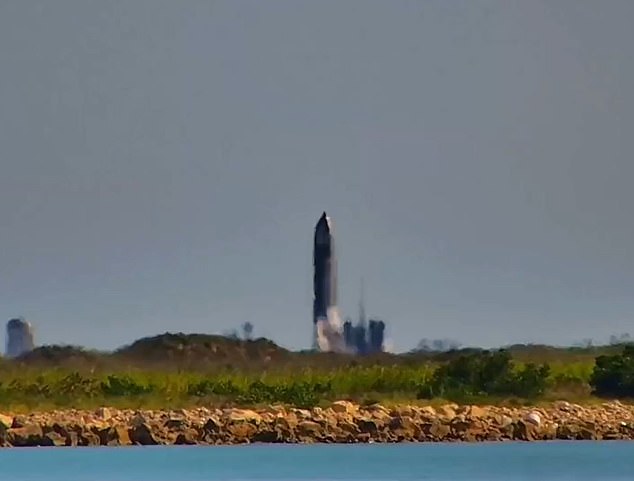 The static fire test is crucial to ensure the upper stage is ready for an orbital launch. SpaceX has yet to provide a date for the mission 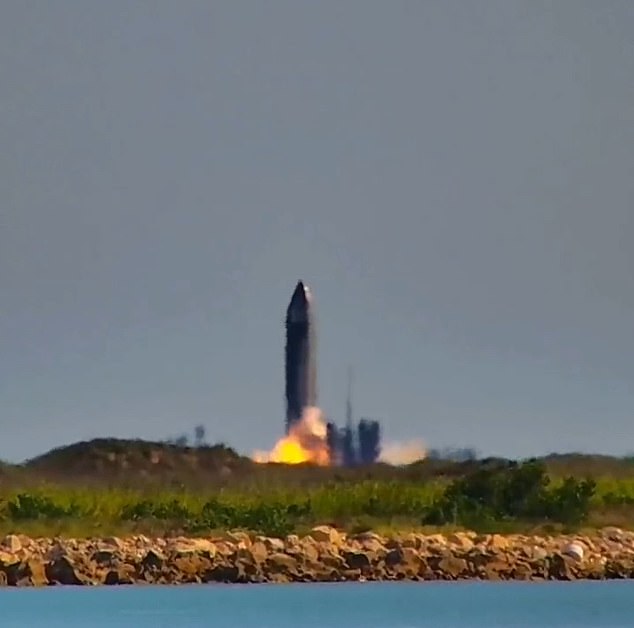 And these melted blobs are what were sent flying hundreds of feet away from Starship and started the fire.

All areas surrounding the testing site were a blaze, even a SpaceX dumpster was up in flames, which lasted for a few hours.

Musk’s Starship saw another fire just back in July – the rocket was engulfed in an enormous fireball during a ground test on July 11.

Footage shows a powerful fireball engulfing the bottom of the rocket and sending splinters flying, and dramatically shaking the camera’s point of view.

However, not all of the rockets have returned to Earth in one piece.

The previous test flight, on March 31 last year, ended with SN11 in pieces on the launch pad.

SN10 was the first out of the four previous Starships to survive the landing, but the massive rocket exploded roughly 10 minutes after due to a methane leak. 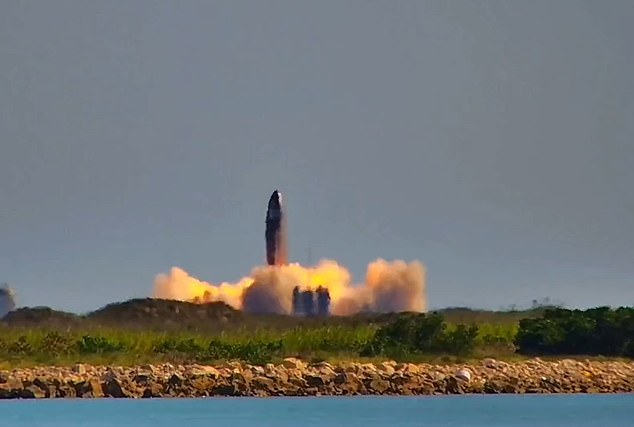 Fire, smoke and debris shot out from the bottom and it was seen from miles away 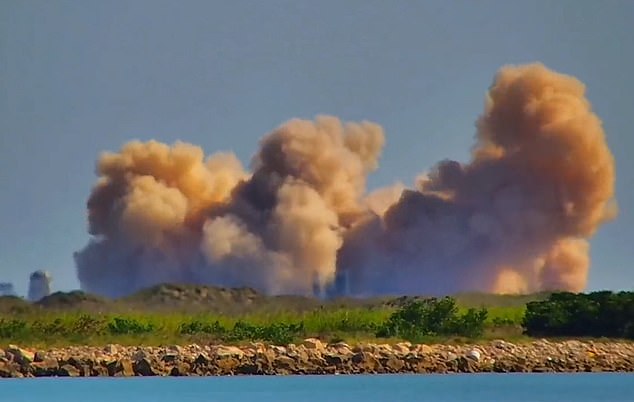 The smoke from the test engulfed the rocket and the testing facility at Boca Chica, Texas

The failure occurred after SpaceX declared it a success, as SN10 flew and flipped – without crashing and burning like the previous prototypes SN8 and SN9. Musk praised the rocket in a tweet for ‘landing in one piece’.

And both SN8 and SN9 exploded into a ball of flames the moment they touched down – and they both triggered reviews from the FAA.

SpaceX is planning to send humans to Mars using a two-stage spacecraft composed of Starship (the passenger-carrying section) and the Super Heavy rocket booster.