According to research, antidepressant use while pregnant in combination with inflammation could increase the risk of lifetime neurodevelopmental changes in the brains of offspring, such as those associated with autism.

Neuroscientists observed that the commonly used SSRI antidepressants can interact strongly with inflammation in the body of the mother. This interaction triggered harmful changes in the decidua and placenta in lab mice, impacting the developing brain.

The results indicate that SSRIs can have harmful consequences when combined with inflammation or infection. The results may help in explaining the increase in the prevalence of autism during the last 2 decades, as this time correlates with the start of widespread SSRI usage.

The use SSRIs of while pregnant is common, with 80% of pregnant women taking them that require depression treatment. The medications are commonly regarded as a safe solution for depression management in women who are pregnant, although there’s been significant evidence that they could increase the risks of premature delivery, neurological issues, as well as other health problems in kids.

The researchers revealed that SSRIs can interact with the immune system of the mother to create a strong inflammatory reaction at the “maternal-fetal interface,” the physical link between mother and baby while pregnant.

The babies that were later exposed to inflammation exhibited behavioral changes such as the behaviors observed in autistic individuals, such as diminished communication and reduced social interaction interest.

Inflammatory signatures were identified in the placenta that matched neurologic changes in the adult children of mothers who had experienced an immune challenge while pregnant.

Earlier research has demonstrated that infections, autoimmune disorders, and other disorders that change the immune state while pregnant can affect neurodevelopment. The researchers believe that SSRIs could be interacting and amplifying that inflammation, resulting in permanent changes in the brain.

According to the researchers, this make sense due to how SSRIs modify serotonin which is a key mood regulator, as well as an important immune response regulator. Infants developing in the womb only receive serotonin through the placenta in the early pregnancy stages, so interfering with serotonin levels in mothers could also have consequences for offspring.

The research team revealed that inflammation on its own and in combination with SSRIs changed placenta serotonin levels, but in opposite directions. They discovered that mothers who experienced an immune challenge while pregnant exhibited a completely different signature in the placenta when taking SSRIs in comparison to mothers that weren’t taking SSRIs.

This illustrates the importance of taking into account the entire prenatal environment, as medications intended to reduce inflammation might result in unforeseen consequences on the offspring if they’re mixed with other modulators like SSRIs.

The team pointed out that SSRIs are helpful medications for the management of depression and recommend that women who are pregnant shouldn’t stop using them without consulting their physicians first. 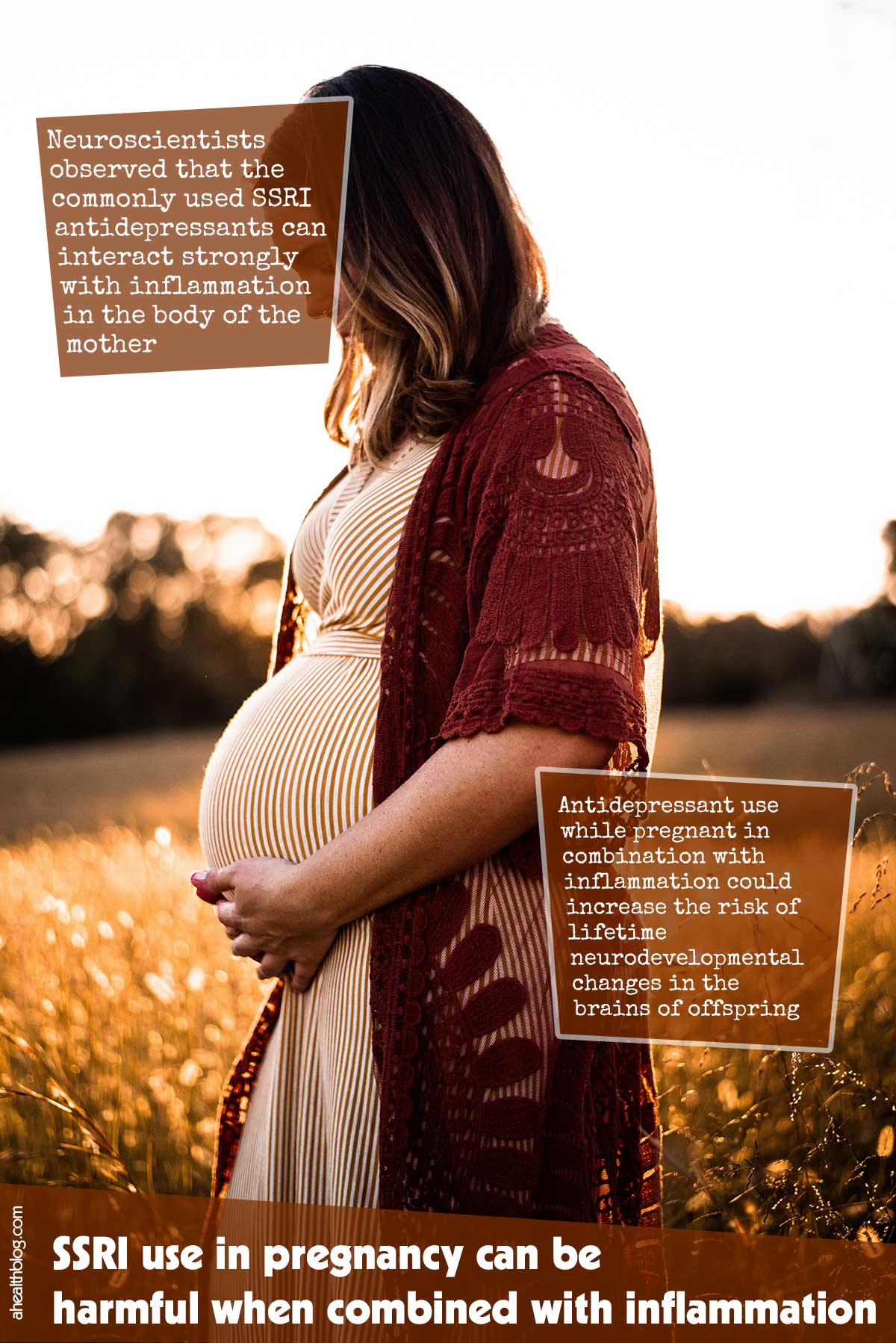 Photo by Devon Divine on Unsplash