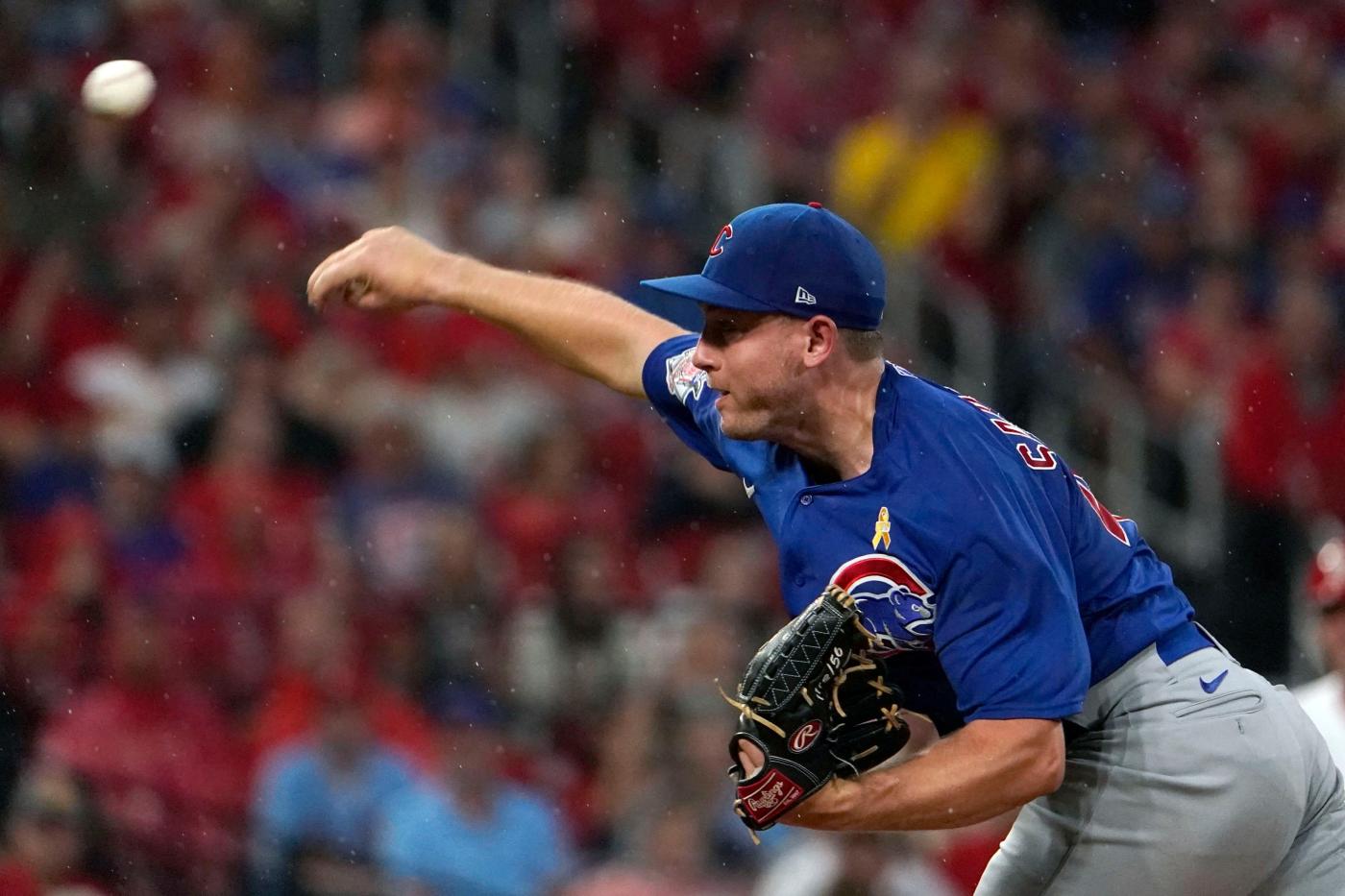 There are few things in life more important to Chicago Cubs fans than beating the St. Louis Cardinals.

“I don’t,” he said before Friday’s 8-0 loss to the Cardinals at Busch Stadium. “As a manager you want them all. I want to beat everybody the same.”

You can’t blame him. At this point the Cubs are lucky to beat anyone.

The Cubs fell to 56-76 with their sixth loss in eight games and are on pace to lose 93 games.

Cardinals starter Jordan Montgomery (8-3) scattered seven hits over 6 ⅓ shutout innings, extending his scoreless streak against the Cubs this season to 22 ⅓ innings with the New York Yankees and Cardinals.

Three of Montgomery’s eight wins have come against the Cubs. While with the Yankees, he also threw seven shutout innings in an 8-0 win June 11 in New York and a one-hit shutout for the Cardinals on Aug. 22 at Wrigley Field.

The Cardinals improved to 11-6 against the Cubs, who have not won a season series in the rivalry since 2017.

Adrian Sampson (1-5) took the loss, allowing two runs and throwing 40 pitches in the first before settling down and lasting five innings. Sampson came off the restricted list — he missed the trip to Toronto because he didn’t meet Canada’s COVID-19 vaccination requirements to enter the country.

Sampson vehemently disagreed he was rusty.

“No, those were his words?” he asked. “He can think what he wants to think. I don’t see why. I was on a normal five-day this week.”

Sampson said he worked out and went to the Cubs Class-A facility in South Bend, Ind., and threw to a catcher during his break. While Sampson said the ball and roson bag were wet, he added “those are just excuses,” and pointed out Montgomery was able to adjust to the constant drizzle.

And though Sampson said he was “sluggish” at first, the long inning was nothing he was going to lose any sleep over.

“I’ve been through a lot of worse things in my life,” Sampson said. “Playing baseball is a lot easier than some of the things I’ve had to deal with.”

The Cubs have nothing to lose the rest of the way, so they should be playing loose. But how important is it for them to finish strong?

“Every part of it is important,” Ross said. “I don’t want to put too much emphasis on finishing (strong). I think the important part is (staying with) the process in which we go about our business daily.

“Winning is important, period. What has put us in this spot of winning this last month is just continuing to not change the mindset, even after a tough trade deadline where we lost a lot of pieces that were really helping us win. We still were able to find ways to win.”

The Cubs were their own worst enemy, failing to come up with clutch hits. They finished 0-for-8 with runners in scoring position.

“We had guys in scoring position,” Ross said. “Just couldn’t do anything with them. Put the ball on the ground a lot and got him out of some trouble.”

The Cubs put runners on first and third with no outs in the first before Nick Madrigal was thrown out on a grounder and Ian Happ and Nico Hoerner struck out to strand two runners. They trailed 3-0 in the seventh when P.J. Higgins and Yan Gomes singled to put runners on the corners with no outs. But Jordan Hicks replaced Montgomery and struck out Christopher Morel, Madrigal and Seiya Suzuki to escape the threat.

The Cardinals broke it open late off Sean Newcomb, who gave up five runs on two home runs before giving the fans what they wanted in the eighth by walking Lars Nootbaar with two outs. That brought up pinch hitter Albert Pujols, who is two home runs shy of catching Alex Rodriguez for fourth place on the all-time home run list. Pujols grounded out to remain at 694 home runs.