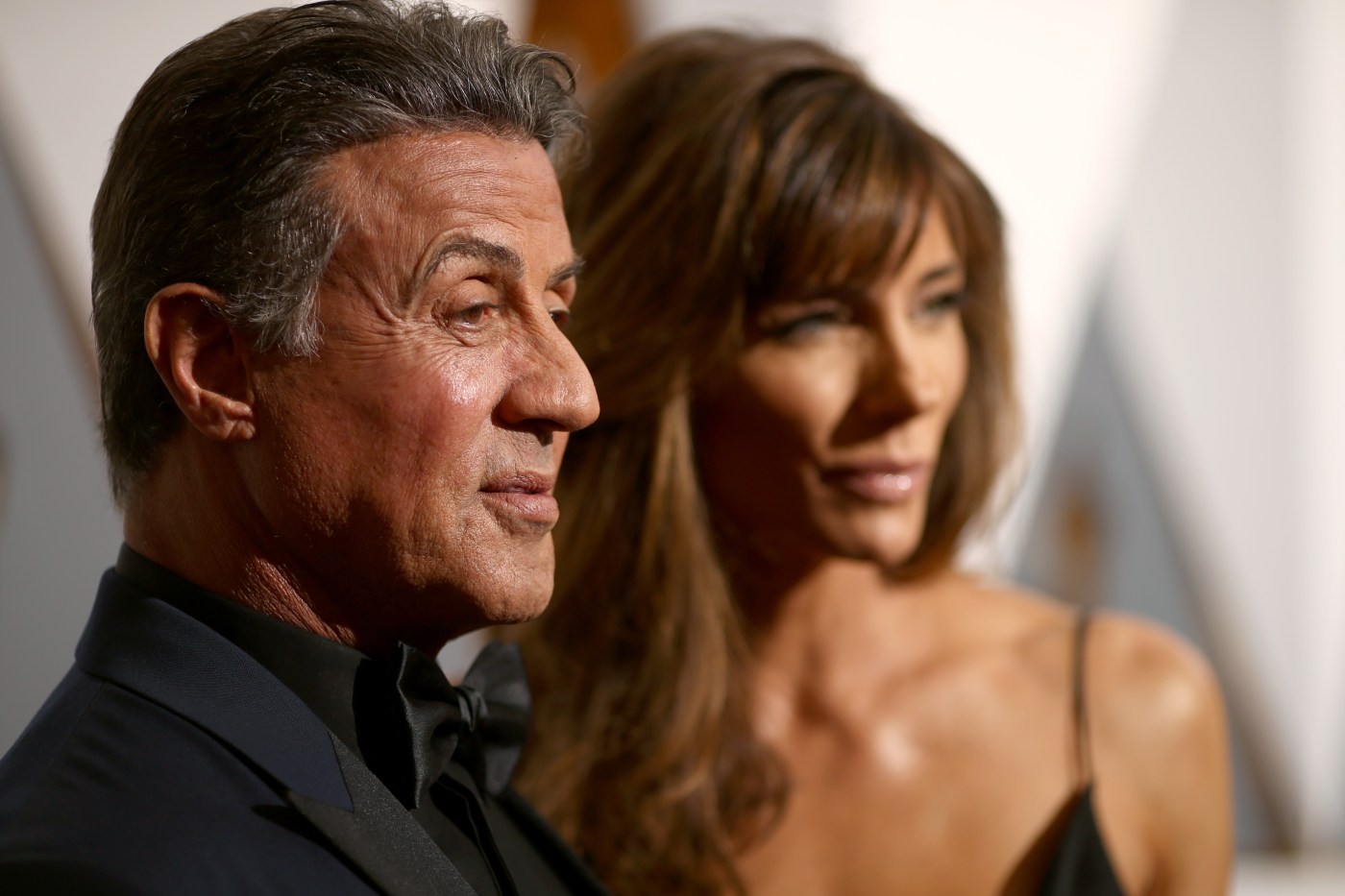 Sylvester Stallone’s love of big, tough-looking dogs has been getting him into trouble lately, including triggering an “extremely heated fight” with his wife, Jennifer Flavin, that led to her filing for divorce after 25 years of marriage, a new report says.

Flavin, 54, was angry that Stallone, 76, went ahead and purchased a Rottweiler — to use for “protection” for his family, he said — even though she was emphatic that she didn’t want another dog, sources told TMZ Wednesday, soon after news broke that Flavin had filed for divorce.

Both were unwilling to compromise on the dog, TMZ reported. The “Rocky” star might have inflamed tensions by posting photos and videos of himself with his new Rottweiler, whom he named Dwight. On Instagram he said he named Dwight in honor of the crime boss he plays on the new TV series, “Tulsa King.” In another post, Stallone said, “DWIGHT. Definitely a true friend! KeepPunching And Keep barking!”

TMZ’s sources aren’t saying that Flavin sought to end one of Hollywood’s most enduring marriages because she was mad that her husband bought a dog without her consent. The sources said the argument about the dog brought up other issues between the couple, none that on their own could be called a “marriage ender.”

Stallone also didn’t see the dispute about the dog or other issues between them as “marriage enders” either and is “shocked” that Flavin filed for divorce, TMZ’s sources said. The actor believed that he and his wife could work things out.

Page Six and other outlets reported Wednesday that Flavin had filed paperwork to dissolve her marriage to Stallone in Palm Beach County, Florida, on Aug. 19. Stallone’s marriage to Flavin was his third.

In a statement to People, Stallone said that he loves his family and that he and Flavin “are amicably and privately addressing these personal issues.” In her filing, Flavin accused Stallone of hiding marital assets, alleging that her estranged husband “has engaged in the intentional dissipation, depletion and/or waste of marital assets which has had an adverse economic impact on the marital estate,” Vanity Fair reported.

In the past few days, Stallone has demonstrated that he has a blind spot when it comes to his dogs. Earlier this week, the actor faced questions about being rude to Flavin when he posed for photos that showed him having a large tattoo of her face on his bicep transformed into the face of another of his dogs.

Before and after images of Sylvester Stallone’s right bicep.

The photos were shared on Instagram Aug. 16 by tattoo artist Zach Perez, who showed that Stallone was having Flavin’s face replaced with the face of Butkus, his late bullmastiff who appeared in the original “Rocky” and its first sequel. Both bullmastiffs and Rottweilers are known as medium- to large-sized muscular dogs that have a strong protective instinct for their owners, according to the American Kennel Club.

After many Stallone fans commented on the post, asking whether Flavin was hurt by what appeared to be a shady move, Perez deleted the slideshow from his feed, but the tattoo photos also prompted questions about the status of Stallone and Flavin’s marriage, as did a photo that Flavin shared to Instagram on Aug. 10. The photo showed Flavin and their three daughters, hugging. “These girls are my priority,” Flavin wrote. “Nothing else matters. The 4 of us forever.”

The Daily Mail reported that Flavin was no longer following her husband on Instagram.