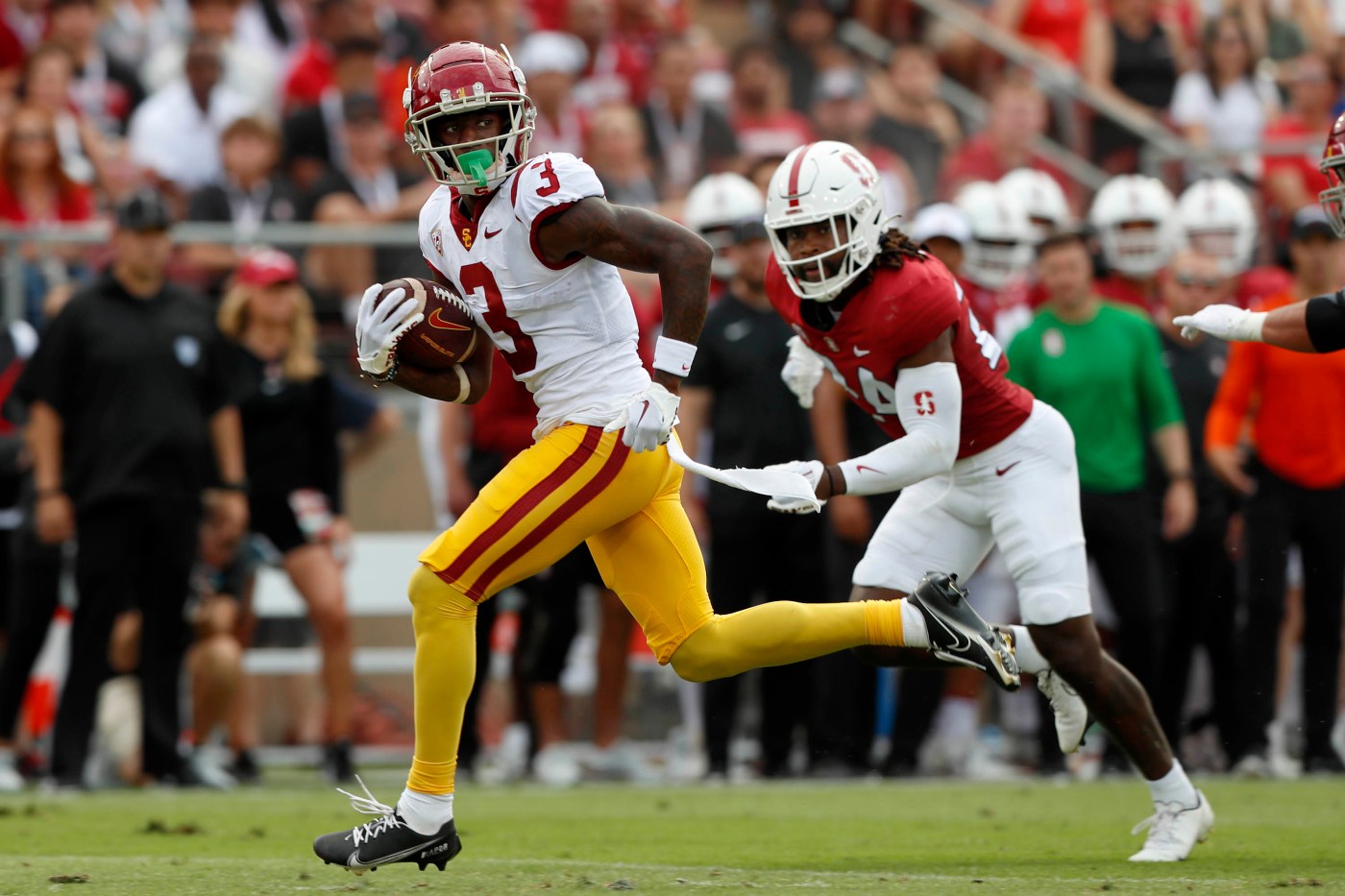 STANFORD – Stanford didn’t have any answers at the start of its first game against a Lincoln Riley offense.

No. 10 USC didn’t even need a third down to score touchdowns on its first five possessions and cruised to a 41-28 win Saturday night at Stanford Stadium.

Caleb Williams, who came with Riley from Oklahoma, was 20-for-27 passing for 341 yards and four TDs, with no turnovers.

Biletnikoff Award winner Jordan Addison, a transfer from Pitt, caught seven passes for 172 yards and two scores, including a 75-yard TD when he got past top corner Kyu Blu Kelly and then shook off a Kelly tackle attempt at the 15.

Stanford’s offense couldn’t keep pace, partly due to two turnovers inside the USC 5 in the first half — an interception in the end zone on a jump ball to Elijah Higgins and a fumble by E.J. Smith at the 2.

The first half was reminiscent of last season for Stanford, who lost its last seven games often in lopsided fashion.

The Cardinal beat Colgate to open the 2022 season despite four turnovers, but it wouldn’t get away with committing four more against the Trojans. Smith had 88 yards on 19 carries but fumbled twice and Tanner McKee, who completed 20 of 35 pass attempts for 220 yards, was intercepted twice, including an overthrow on the opening drive.

The Cardinal has an off week before its first road game, Sept. 24 at Washington.