Stanford gets quick strike in win over Colgate 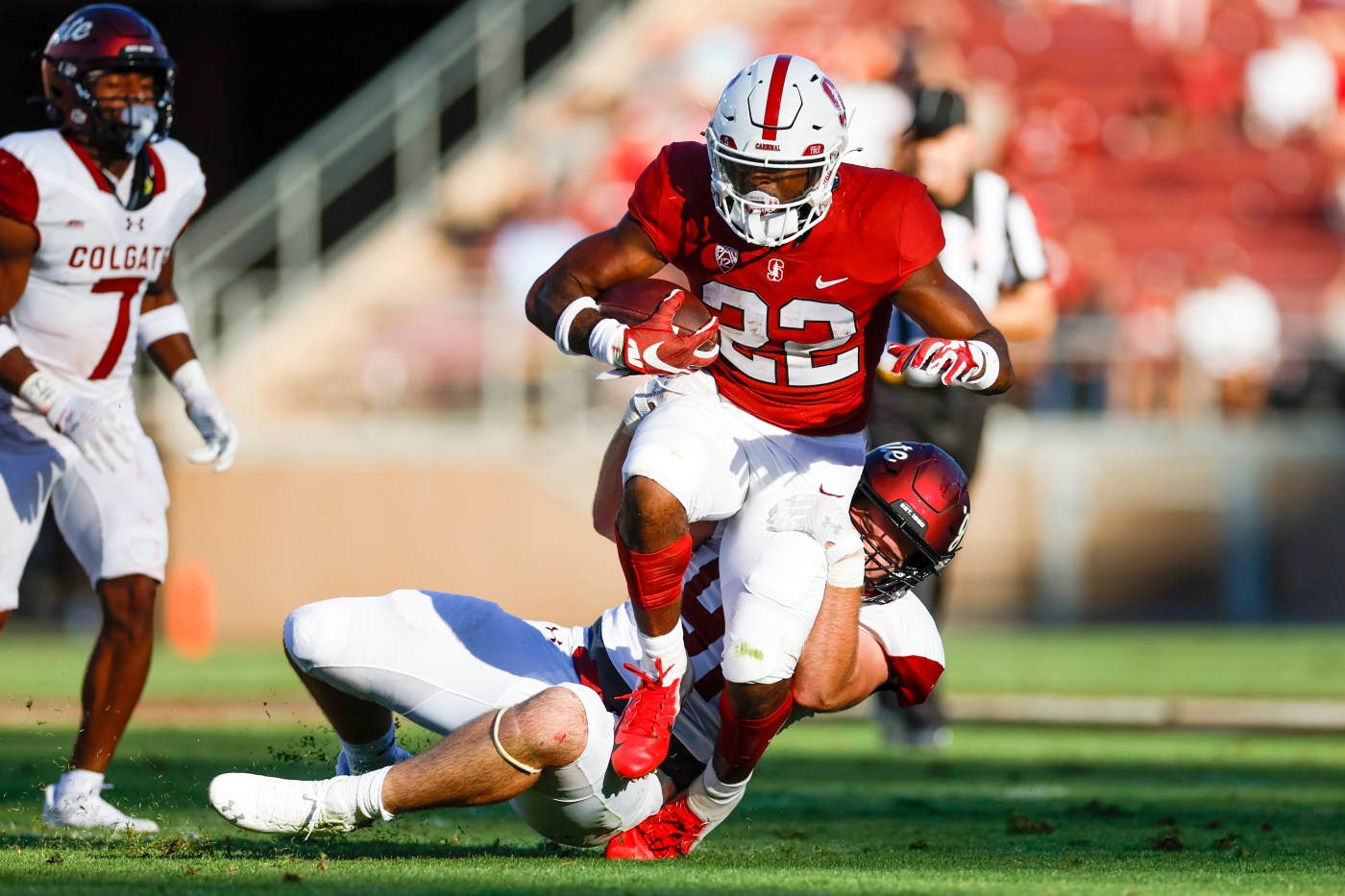 STANFORD – E.J. Smith ran for an 87-yard touchdown on the first play from scrimmage as Stanford defeated Colgate 41-10 Saturday night at Stanford Stadium.

Stanford (1-0) allowed Colgate (0-1), a 40-point underdog from the FCS, to stay in the game early by fumbling three times in the first 16 minutes. The third fumble, by punt returner Casey Filkins, was recovered in the end zone as the Raiders tied the game 7-7 one play into the second quarter.

But Cardinal defense only allowed one third-quarter field goal, keeping the Raiders from seriously threatening once Stanford held onto the ball.

E.J. Smith, the son of NFL great Emmitt Smith, took the opening handoff, cut back left through a hole caused by left tackle Walter Rouse and receiver Elijah Higgins, and ran untouched for the fifth-longest rushing TD in Stanford history.

Smith also caught five passes for 37 yards, though he did fumble for one of Stanford’s four total turnovers and committed an offensive facemask penalty on first-and-goal.

The Cardinal will need to be cleaner next Saturday when it hosts USC, who beat Rice 66-14 earlier in the day.