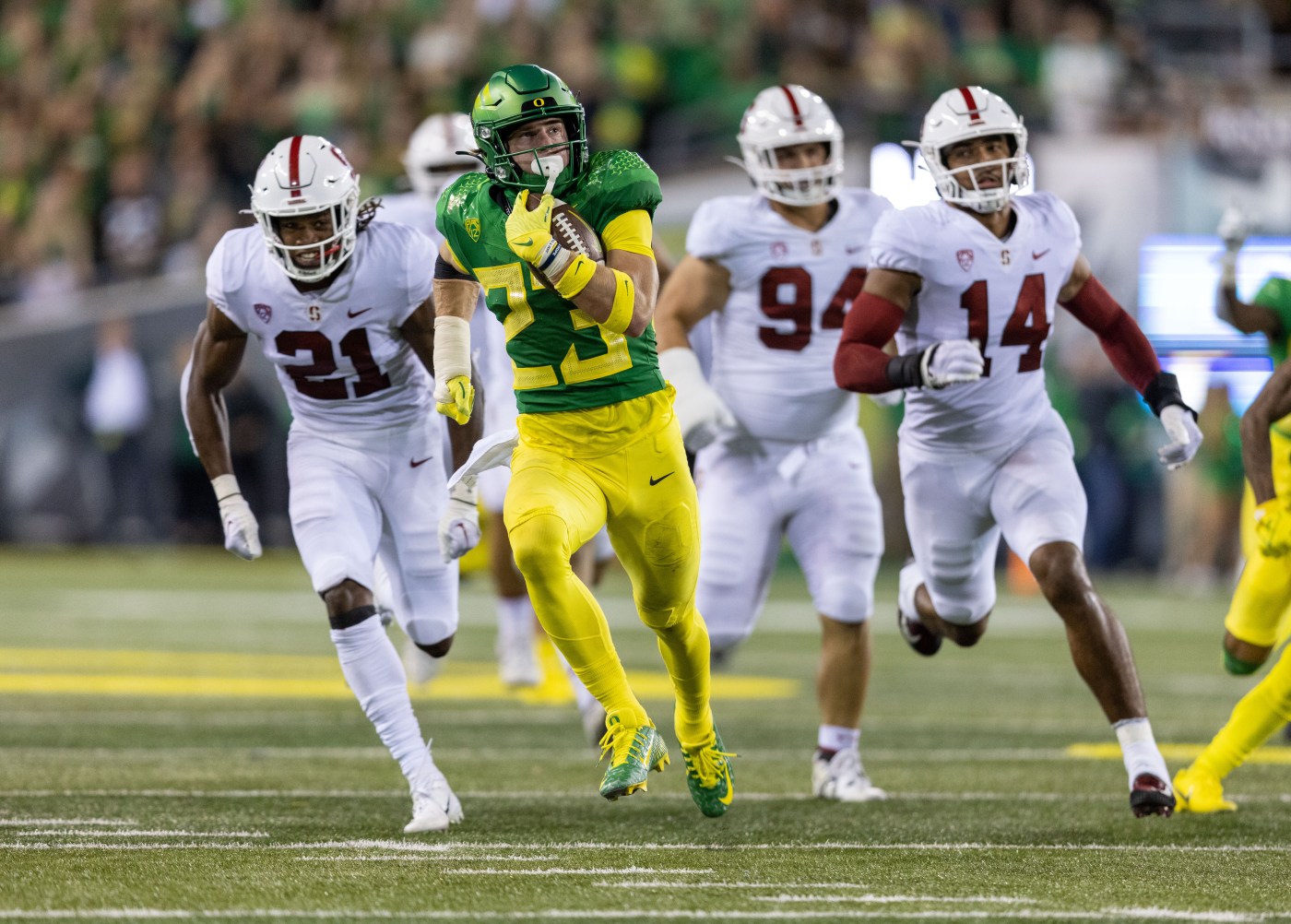 As Stanford’s 45-27 loss at No. 13 Oregon ended at 12:06 a.m. Sunday morning, it marked exactly one year since the Cardinal had defeated an FBS opponent.

Stanford (1-3, 0-2 Pac-12) beat Colgate in its season opener but has lost 10 straight against FBS competition since defeating Oregon on Oct. 2, 2021 – the longest streak in the country. Even worse, each of the last seven losses have been by at least 13 points.

“We’re sick of losing. It’s not fun,” senior linebacker Levani Damuni said. “Take out Colgate – that game didn’t count – we’ve gotten blown out seven games in a row. The leadership’s really just trying to help everyone not get used to this losing feeling and being comfortable. It’s just frustrating.”

But the Cardinal will need to play much better, especially at the start.

Stanford has trailed 83-24 at halftime in games against USC, Washington, and Oregon, including 31-3 against the Ducks, before outscoring those opponents 53-43 in the second half.

“We’ve got to find a way to start better, start faster,” Stanford coach David Shaw said. “Defensively second half of these games we’ve played really well, we’ve gotten stops, made some big plays, we’ve had pass deflections. First half, especially first quarter, we’ve given up too much. Offensively it’s tough to get going, we gotta find a way to start faster in all phases to give ourselves a chance to stay competitive.”

Shaw said the team actually repeated plays in the second half that it ran in the first half, and had much better success later in the game, which showed it was more about execution than scheme.

After turning the ball over 11 times in its first three games, Stanford had just one giveaway against Oregon, but it was still costly. After Oregon scored a touchdown to go up 17-3 with 4:22 left in the second quarter, Cardinal tight end Benjamin Yurosek fumbled on the next play from scrimmage and the Ducks returned it to the 4. QB Bo Nix scored on the next play, giving Oregon 14 points in 23 seconds and all but ensuring Stanford wouldn’t be able to come back.

After being burned through the air by USC’s Caleb Williams (341 yards, 4 TDs, 0 INTs) and Washington’s Michael Penix Jr. (309 yards, 2 TDs, 0 INTs), Stanford was hurt primarily on the ground by Nix, who ]finished with 141 yards and two TDs on six runs.

Stanford suffered another crucial injury of its own in the first quarter when right tackle Barrett Miller was hurt on the first series. Miller was starting in place of Myles Hinton, who has missed the last two games. The Cardinal used quick drops to try and alleviate the pressure on the offensive line, but it only had 102 yards of offense in the first half. Even 90 penalty yards on Oregon wasn’t enough to help Stanford get in the end zone until the third quarter.