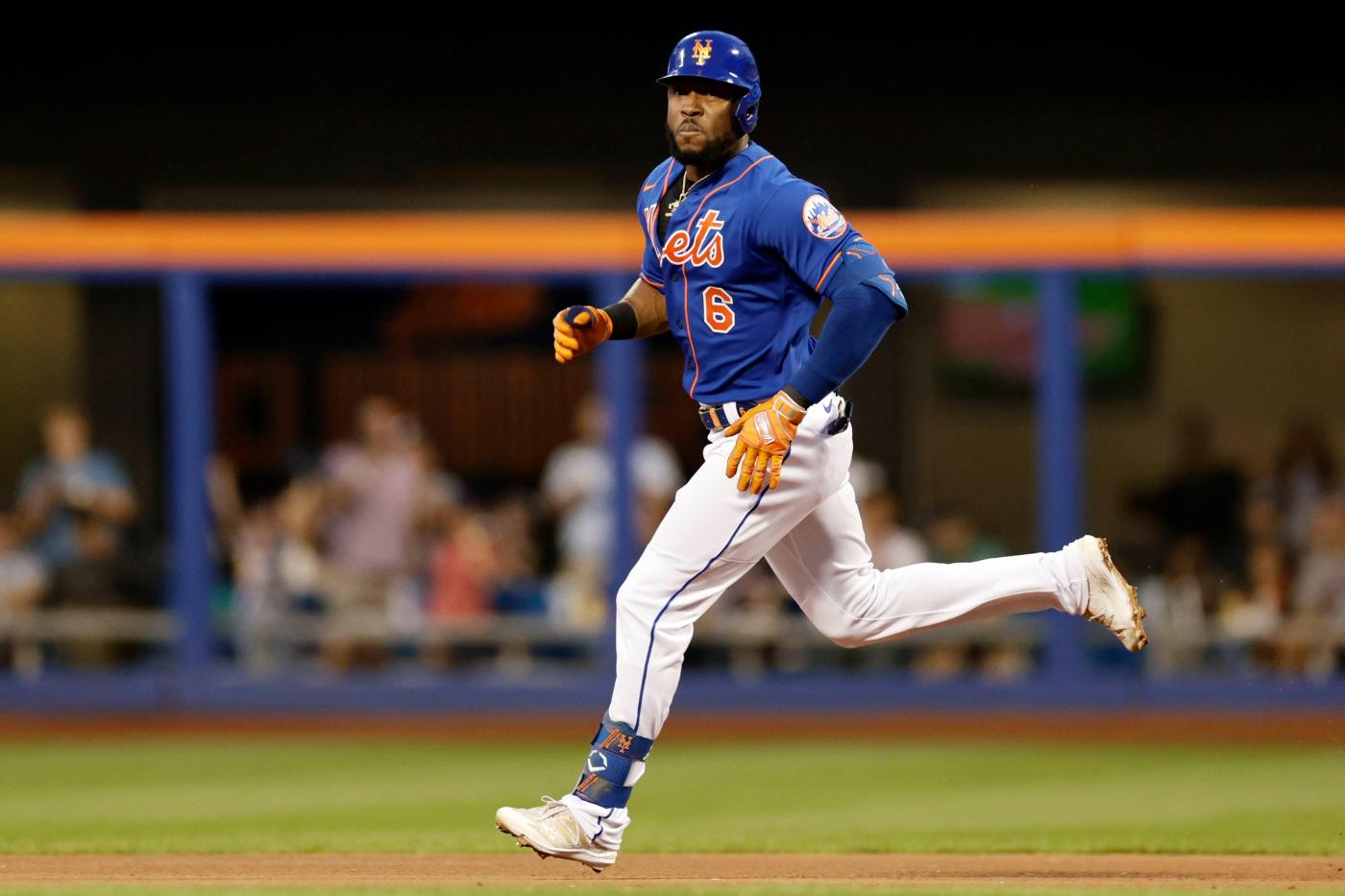 Starling Marte took ground balls and played catch Wednesday afternoon at Citi Field. It could be a positive indicator that the injured outfielder will be available for the start of the MLB Playoffs on Friday, or there could be nothing to read into it.

Either way, it seems to be progress of some sort. Marte suffered a partial non-displaced fracture of his right middle finger on Sept. 6 when he was hit by a pitch in Pittsburgh and has only been participating in light baseball activities since. Marte has been the Mets’ primary right fielder and one of their most important bats. He was able to take swings off of short toss Tuesday but at the time, manager Buck Showalter said he didn’t get much “return” on them.

The manager has been hesitant to officially rule him out for the postseason and was instead waiting to see if the Mets would host a Wild Card Series or get a bye ahead of the NLDS. The former came to fruition when the Atlanta Braves clinched the NL East on Tuesday night and the Mets are set to host the San Diego Padres in a best-of-three series starting Friday at Citi Field.

The treatment for Marte this week has been focused on pain management and getting the swelling to go down so he would be able to grip a bat and a ball pain-free, which he has not been able to do since the injury.

Marte was not able to comment after his session in the outfield, but prior to that Showalter said he would participate in light activities.

“I’m never going to say never,” Showalter said before the Mets played the regular season finale against the Washington Nationals. “Every day we take a little different try at it, as far as adding and different things, trying to find that. We’re still waiting for the bone to heal.”

Should the bone heal prior to Friday, the Mets will not hesitate to use him. The roster for the first round has to be submitted by noon eastern time on Friday.

“Sure, there’s concern about [time off], but if he is physically able to do it, he will become an option,” Showalter said.

Showalter declined to name a starting pitcher for Friday but did opt to save Jacob deGrom for the postseason. The Mets activated Mychal Givens prior to the game against Washington and placed Tylor Megill on the injured list. He was used an as opener for Trevor Williams and pitched one scoreless inning to lower his ERA to 3.38.

The Mets are mulling some other roster options for the Wild Card round with DH Darin Ruf (neck strain) eligible to come off of the injured list and Givens healthy.

The Chicago Cubs traded Givens to the Mets on Aug. 2. The veteran was putting up strong numbers for the Cubs going 6-2 with a 2.66 ERA in 40 appearances, but he’s been somewhat of a disappointment with the Mets. Givens went 1-1 with a 5.03 ERA in 18 games with the Mets before Wednesday. However, he can pitch multiple innings which could make him valuable on a postseason roster.

“He’s an option and we’ll consider it,” Showalter said.

With Jeff McNeil leading the entire league with a .326 batting average, the Mets opted not to play their infielder/outfielder, instead letting him rest ahead of the postseason. Freddie Freeman of the Los Angeles Dodgers is four points behind him and would have to go 4-for-4 against the Colorado Rockies to pass McNeil.

The NL batting title is not assured, but the Mets took the gamble based on the numbers.

The player they call “Squirrel” ends the season on a tear, riding a 10-game hitting streak. He’s gone 20-for-43 (.465) in that span, with two doubles, two home runs, four RBI and nine runs scored.

McNeil has been following the race, though not necessarily living and dying with every one of Freeman’s at-bats. He has not been watching the Dodgers nightly after his own games on the east coast, but he has been looking at the numbers.

“It’s a little nerve-wracking, but kind of fun,” McNeil said Tuesday night. “It’s the only award that I can look forward to. I’m never going to lead the majors in home runs or stuff like that, so it’s kind of attainable for me and I’m super excited with my day today and being able to get a few hits. I’m happy with the at-bats I took. I hit good pitches, I hit the ball hard. They weren’t all hits, which is a little frustrating, but at the same time, I can live with that.”

Gary Cohen was announced as a finalist for the 2023 Ford C. Frick Award on Wednesday morning. The Mets’ lead play-by-play announcer is one of ten candidates on the ballot for the award that is presented annually to some of baseball’s most beloved broadcasters by the National Baseball Hall of Fame and Museum.

The winner will be announced during the league’s winter meetings in San Diego and honored during the 2023 Hall of Fame weekend in Cooperstown.