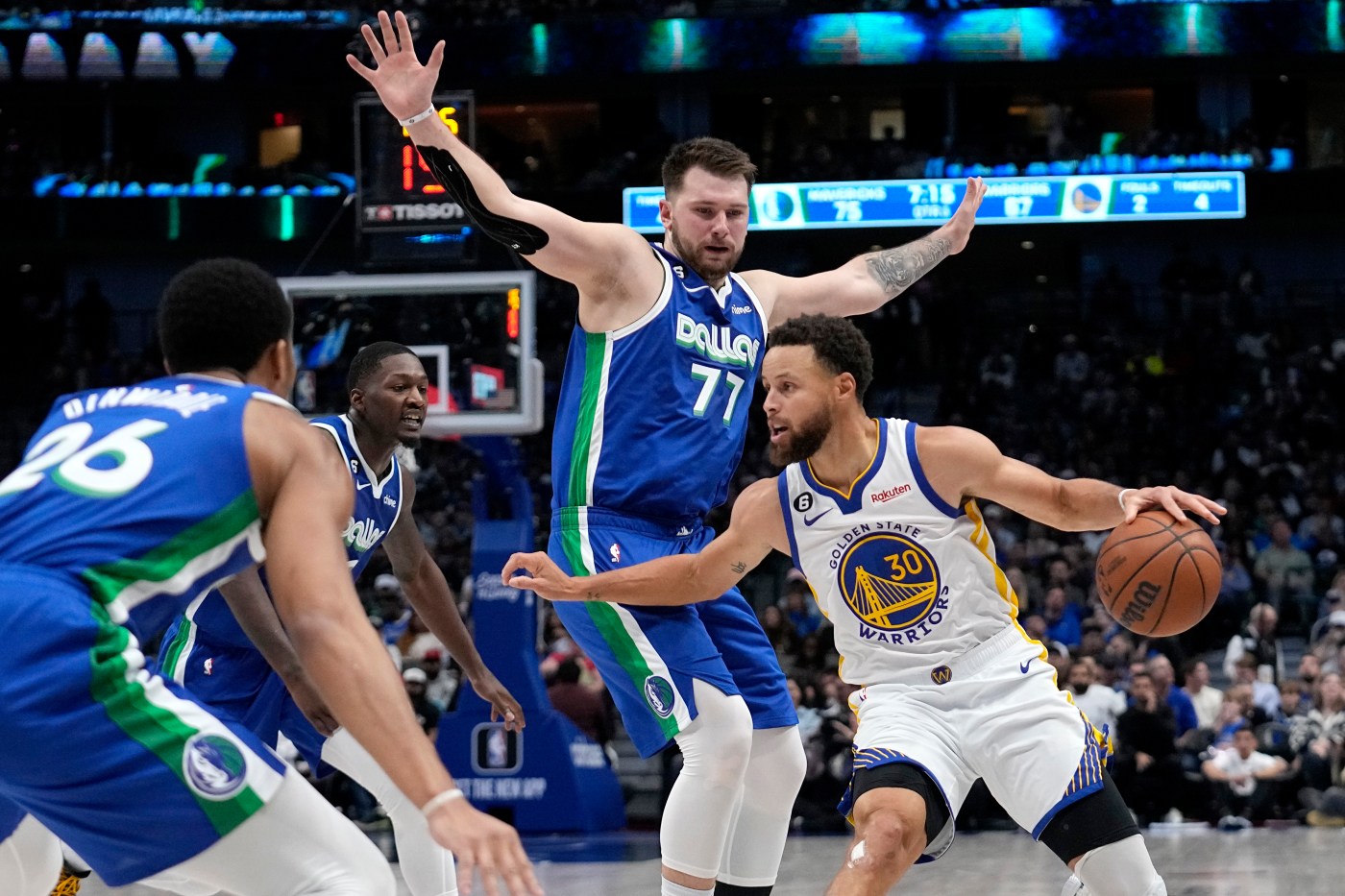 DALLAS — The NBA’s last two-minute report confirmed a controversial traveling call against Warriors star Stephen Curry in the final seconds of the close loss to the Dallas Mavericks Tuesday night.

Curry had the ball in his hands, working to find an open shot as the Warriors trailed by two points with 10 seconds left in the game. He shook two defenders, stepped to the top of the key for a 3-pointer and pump-faked when he was called for the travel.

The report, released Wednesday, concluded that Curry gathered the ball on his right foot before he stepped back with his left.

“This establishes his left foot as his pivot foot,” the report said. “Curry proceeds to lift and replant his left pivot foot during his pump fake.”

Steph was called for a travel with 10 seconds left in the game … pic.twitter.com/mgcv9Gk1mD

Klay Thompson had a chance to tie the game with a 3 at the horn but he missed it as the Warriors ultimately fell 116-113 to the Mavericks.

After the game, Curry questioned the call.

“I didn’t think it was a travel to the point where you don’t let the play run out,” he said. “But who am I to say?”

Curry, who finished with a team-high 32 points, admitted to getting caught up in trying to be the hero.

“Bang-bang situation, dumb play by me to not take the layup,” he continued. “Got a little confused on what the time and the score was.”