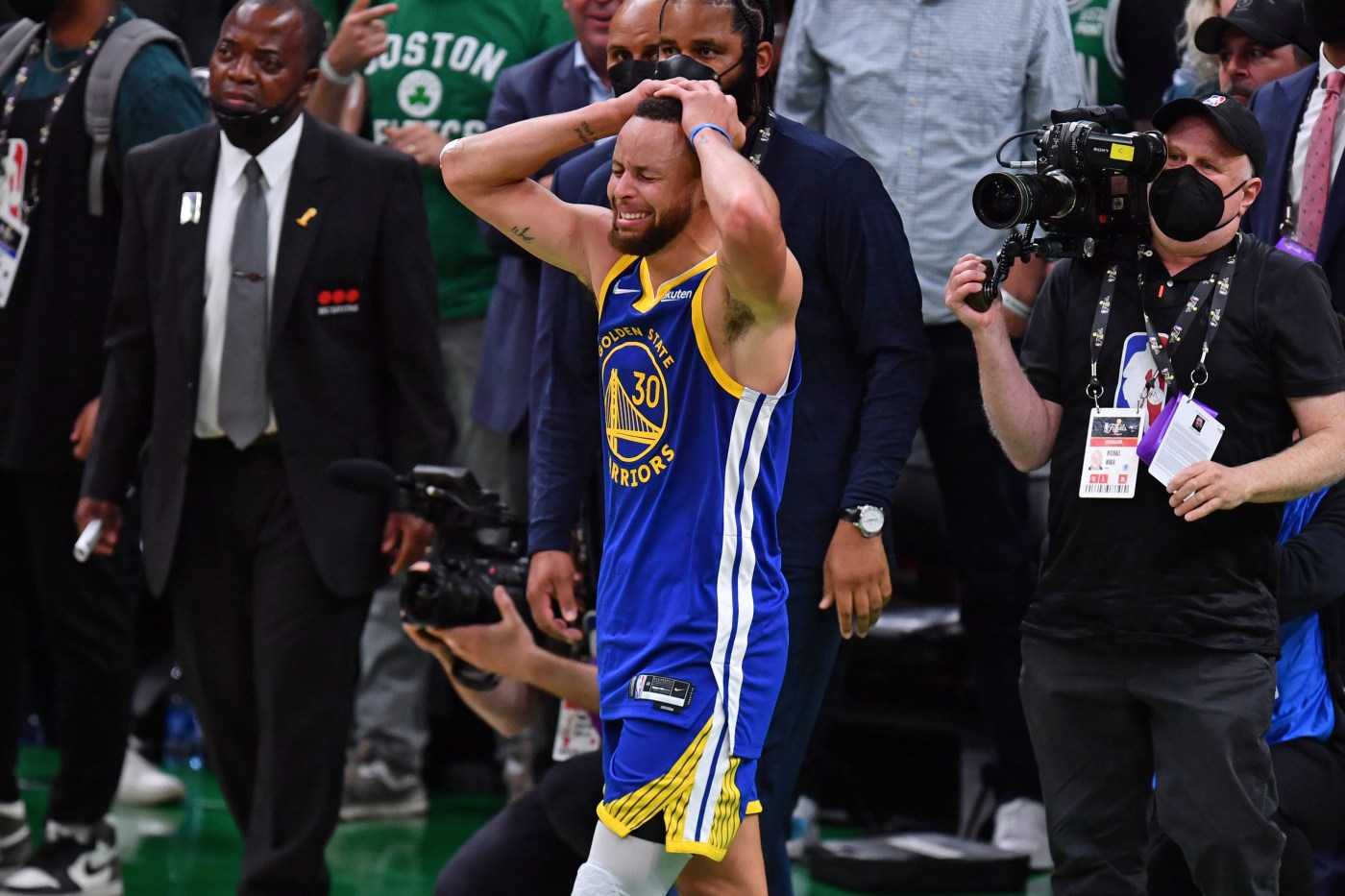 Stephen Curry’s legacy as the greatest shooter of all-time and one of the greatest players in the history of the NBA was never in question.

He’s a two-time NBA MVP and the only unanimous winner of the award. He’s won NBA All-Star Game MVP, the league’s Player of the Week award 18 times, and Player of the Month nine times. He’s been All-NBA eight times.

The man revolutionized the sport for the better.

And he had all of the awards commensurate with such a status. Well, almost.

There was one NBA award that was missing.

He has it now.

Curry was named the Bill Russell NBA Finals MVP after leading the Warriors to their fourth title in eight years Thursday night in Boston.

The vote was, again, unanimous.

It’s fitting that the award named for Russell, the greatest Bay Area-raised player ever (McClymonds High, University of San Francisco) and who won 11 titles in Boston, was given to Curry, the man now synonymous with basketball in our region after delivering not just respectability to a once doormat franchise, but four titles as well.

History will shine upon Curry’s 2022 Finals as perhaps the finest moment of his incredible career. He averaged 31 points, five assists, and shot 31-of-71 (43 percent) from beyond the arc. He was sharp defensively, too, averaging six rebounds and two steals a game.

But while it is technically only one recognition for one incredible Finals, the award felt larger than that — like a lifetime achievement award for a player who has left an indelible mark on the sport and led one of the greatest dynasties in not just in the history of the NBA, but American professional sports.

While there were championship-level contributions from his teammates, the NBA Finals MVP award could only go to one man — oftentimes the smallest man on the court.

Curry became the first non-wing to win the award in 15 years and only the fourth point guard to win it since 1990, when Isiah Thomas won for the Detroit Pistons. Chauncey Billups won in 2004 and Tony Parker in 2007.

Even as Curry revolutionized the game with his long-distance shooting, the do-it-all wings were the stars of the Finals. Their length and ability to score at all three levels proved in the wide-open modern game that tightens up with the title on the line.

Curry adding a lethal mid-range game — he shot 59 percent from inside the 3-point arc and outside the key in the first five games of the series — to his already elite inside-out scoring ability made him downright unguardable in the postseason and Finals, even for the NBA’s best defense this season.

Curry, of course, didn’t need the Finals MVP to validate his career, but that doesn’t mean it’s not a sweet success for the Warriors’ guard.

“It would mean everything because that means you’re winning the series,” Curry told ESPN last week. “No matter who wins it, there’s so much joy in that moment, you want to be able to experience it. And I think the context of every series changes in terms of what it’s gonna take to actually win, and I think for us to win this championship, get three more wins, and hold that Larry O’Brien trophy, I’m going to have to keep playing the way I am.”

At age 34, what’s left for Curry to do now that he’s picked up this piece of long-sought-after hardware?

More titles, of course, on the court. What makes you think he or the Warriors are going to start declining anytime soon?

More business success off the court, too.

And perhaps Curry will chase a trophy that the NBA can’t provide:

Curry has gold medals for representing the United States in the 2010 World Championships and 2014 World Cup, but he has never played in the Olympics.

I hear Paris is lovely in the summer. What better use could there be of a few weeks in August 2024?